California's choice: Build the future, or burn the planet

The most important decision Californian voters might ever make: Yes or no on the state's global warming law 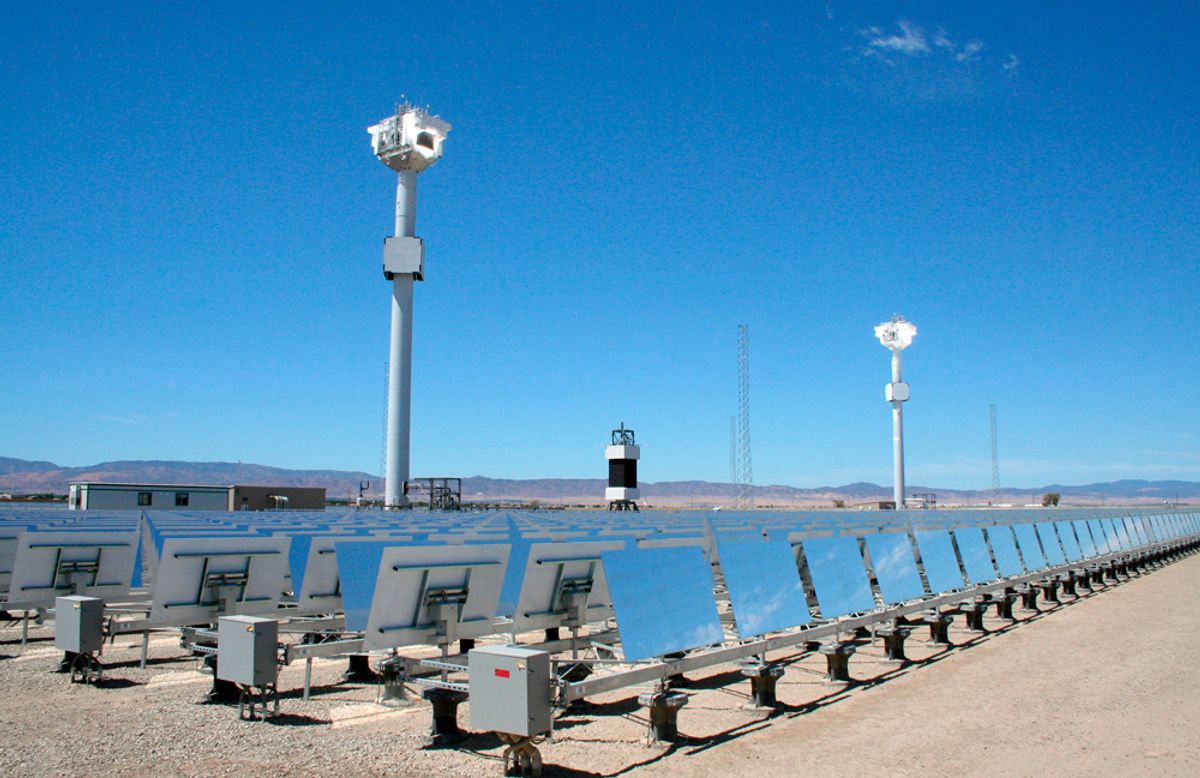 But the most important choice Californians will make this year won't be between a Republican or a Democrat. Also included on the ballot will be an initiative asking voters to decide whether to proceed as previously planned in shaping a future aggressively oriented toward clean, renewable energy, or to instead take a giant step backward.

Climate change legislation may be dead at the national level, but in California, a far-reaching law is already in place: AB 32, the "Global Warming Solutions Act of 2006." AB 32 mandates that California must reduce its greenhouse gas emissions to 1990 levels by the year 2020. But California's crazy government-by-initiative system means that just because a law has been passed by the California House and Senate and signed by the governor doesn't make it secure. On the ballot this November, voters will get their own chance to weigh in on AB 32 by deciding whether or not to pass Proposition 23, the misleadingly named "California Jobs Initiative."

Bankrolled by a couple of Texas oil companies that operate large refineries in California and are among the state's biggest polluters (and greenhouse gas emitters), Proposition 23 is designed to gut AB 32. If it passes, it would halt implementation of AB 32's mandate until California's unemployment rate falls below 5.5 percent. Since California is currently laboring under a recession-induced 12 percent unemployment rate, that could take quite a long time, if ever.

One would hope that California voters will be smart enough to understand that Texas-based oil refiners do not necessarily have the best interests of Californians at heart. And while there has been relatively little polling done on Proposition 23 compared to the Senate and gubernatorial races, we can take some encouragement from the numbers delivered by a Field poll in mid-July, which reported that 48 percent of California voters opposed Prop. 23, while only 36 percent supported it.

That's not a good starting position for a California proposition, according to the longtime California politics watchers behind Calbuzz, who argue that successful initiatives usually hit the ground running with about a 60 percent support level. But it's still early, and in contrast to Meg Whitman, who started her general election advertising blitz the day after she won the Republican primary, the big spending on Prop. 23 hasn't started yet.

But when it does start, both sides will be loaded. Because Prop. 23 isn't just a classic fight between environmentalists and oil companies. It's also a fight over the shape of California's industrial future, as Todd Woody writes today at Grist.

[This is] a struggle between the industrial behemoths of the old fossil fuel economy and a startup coalition of environmental groups, Silicon Valley technology companies, financiers, and old-line corporations looking to profit from decarbonizing California.

John Doerr, the legendary venture capitalist, has contributed $500,000 to the No on 23 campaign, reports Woody, as has Wendy Schmidt, the wife of Google CEO Eric Schmidt. Thomas Steyer, founder of San Francisco hedge fund Farallon Capital Management, has pledged a whopping $5 million.

So both sides have cash to burn. And one line of argument you can certainly expect the No on 23 forces to be making, as Woody reported last week, is that AB 32 is already working. The prospect of tighter controls on greenhouse emissions has attracted millions of dollars of investment into the clean and renewable energy technology sector in California.

At an event at Google last week, green tech investor Vinod Khosla noted that solar companies are building factories in California even though it would be cheaper to manufacture photovoltaic panels in China.

"The markets are here, the innovators are here, the ecosystem is here," he said, noting that the state's global warming law, known as Assembly Bill 32, or AB 32, had created a predictable regulatory climate, spurring investment in California.

In other words, AB 32 is already creating jobs in California. So don't screw it up! Because there are plenty of other places for those investment dollars and jobs to flow to.

Enter China. In the second quarter of 2010, China attracted $11 billion of investment into the clean energy sector. That's more than the U.S. and the European Union garnered, combined. The influx was no accident, either; it was a direct result of Chinese industrial policy, including a law passed at the end of 2009 requiring power utilities to buy renewable energy.

China's foresight means that China will be at the forefront of innovation in and deployment of technologies that will become ever more essential to economic growth as oil prices rise and addressing climate change inevitably becomes a higher priority. California has a shot at getting a piece of that action, thanks to its aggressive environmental stance, its high-tech industrial base, venture capital financing, and AB 32. Voters in November will have an opportunity to ratify the decision to bet on a clean energy future, or shoot themselves in the foot and slip back into carbon-dioxide-stained past. It may well end up being one of the most important votes Californians get to make in their entire lives.