Casey Affleck directs a film about the bearded actor's foray into rap music. We're still not sure it's for real 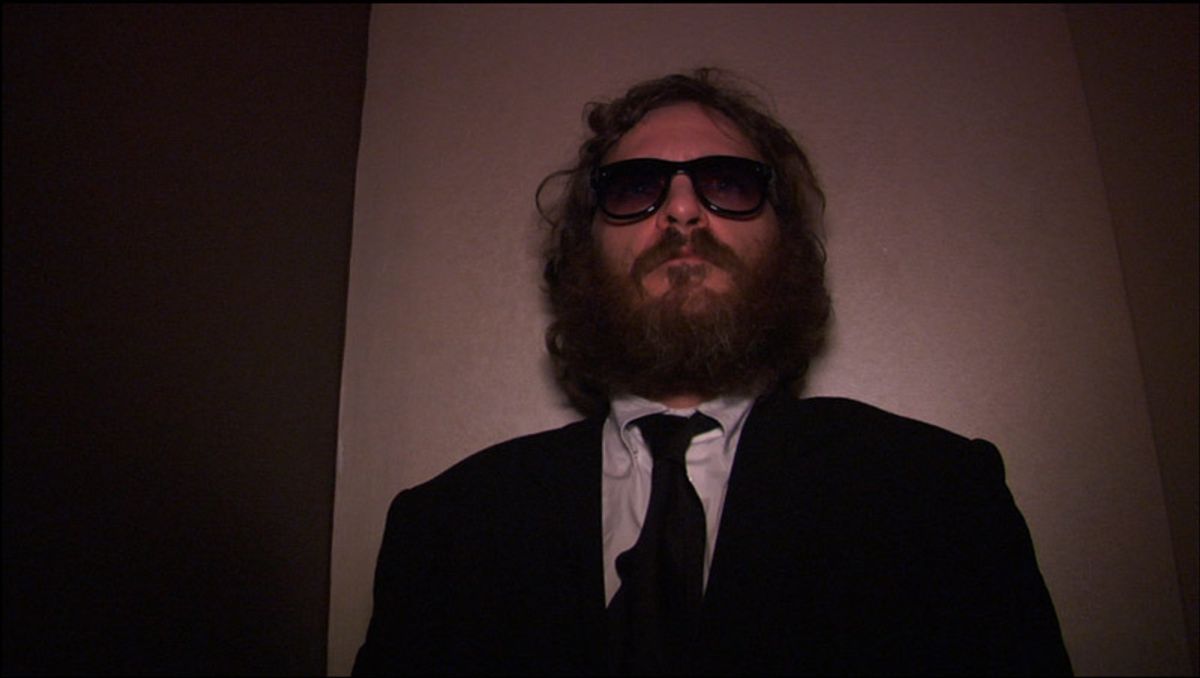 Joaquin Phoenix in a still from the new documentary "I'm Still Here."
--

Looking like a cross between Matisyahu (without the Hasidic cred) and a Santa Cruz mountains pot farmer-survivalist, Joaquin Phoenix has been raising eyebrows and fanning the flames of snarky celeb commentary since he announced he was retiring from acting in 2008. Phoeniz said he was going to focus on a music career, which would be all well and good, but a appearance on David Letterman appearance and reports of incoherent rap shows that ended with the actor -- sorry, musician -- jumping from the stage and attacking hecklers left the public wondering if he'd actually lost his damn mind or if he was manipulating the media in some kill-your-TV sort of way.

There's hope that we'll figure out exactly what the hell Phoenix has been doing with the release of Casey Affleck's documentary "I'm Still Here," focusing on a "lost" year of Phoenix's life. He goes on tour, makes the aforementioned Letterman appearance and confounds his fans. And, according to a May article by the Los Angeles Times, snorts coke, has oral sex with a publicist and gets, uh, defecated on by a rival. While he's sleeping.

The teaser trailer was just released for "I'm Still Here," but none of the racier stuff is included, of course. You've got to pay good money for that. The Washington Post underlines the fact that everyone's still confused about the intentions of the film, while People boils it down to "intriguing" or "disturbing." Can't it be both? Entertainment Weekly reviews the trailer itself, but you can watch it below: