More of a quick stew than actually fried, welcome to the wonderful world of Southern vegetables 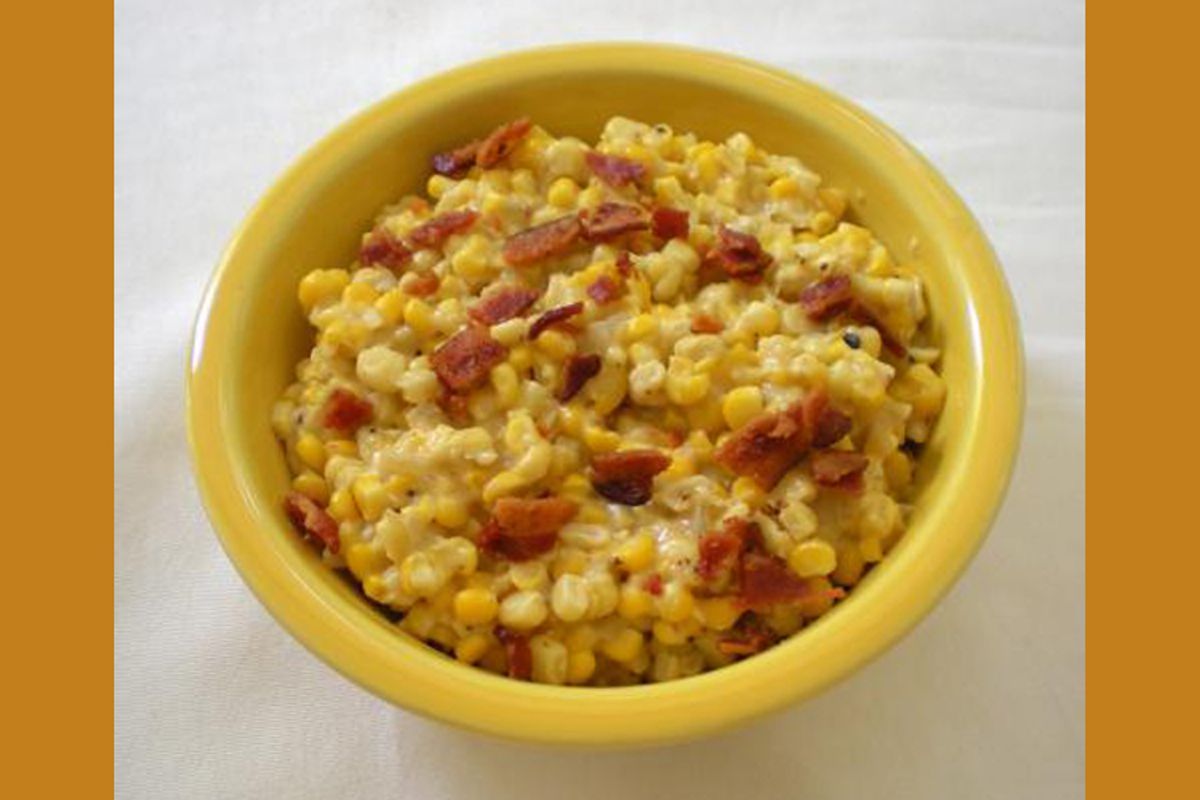 One of the distinctive characteristics of living in the New South, cookie-cutter suburban Atlanta, is that the Old South, the rural, hardscrabble life that James Agee and others wrote about is never far from view. Reminders can be as vivid as the tar-paper shack I drive by on the carpool run: rusted refrigerators and livestock in the yard, enclosed with a barbed-wire fence. Or it can be the cast-iron skillet that I keep on my cooktop, ready to fry up a pan of corn the way my granddaddy did. Used to be every family had a cast-iron skillet, just as dear and useful as a family Bible.

I wish I could say that my seasoned cast-iron skillet is an heirloom handed down through the generations. The truth is, as a newlywed 20 years ago, I paid $20 at Wal-Mart for a Lodge chicken fryer skillet; it's a little bit deeper than a standard skillet, seasoned to a midnight black patina. I keep it on the stovetop so it's handy for vegetable sautés, tomato gravy, pineapple upside-down cakes and biscuits. (I save chicken frying for my enamel cast-iron Dutch oven -- less splatter.) And fried corn. This is not deep-fried corn, just the Southern term for fresh corn cooked in bacon fat, thickened with flour and seasoned with cracked black pepper.

Now, my family loves roasted ears of corn on the cob and I've been known to turn out a corn salad or two, but if I'm going to write about what's true in my heart, I have to tell you that the best corn I ever ate and later learned to cook was the skillet fried corn turned out by my paternal grandfather in Alabama. I guess I can say that Granddaddy was an ornery old cuss, a grumpy old man who handed out Kennedy half-dollars to his grandkids before settling in his recliner with a Bud in his hand, ready for an afternoon of Auburn football.

Well, that’s one memory. I do have another, better remembrance: Granddaddy cooking fried corn in his cast-iron skillet. Each summer the extended family would gather for a meal in the dining room of the house in Birmingham, grateful to escape the Alabama heat and ready for a feast. The oval, cherrywood dining table would be covered in a white linen cloth and loaded with the platters and bowls of Grandmother's bone china. The menu was the same for each gathering: sliced ham, sliced tomatoes with mayonnaise, potato salad, deviled eggs (Hellmann's mayonnaise being something of a religion in my family), green beans cooked with ham, and Granddaddy's skillet-fried corn. The corn, creamy white and rich with bacon fat, was pretty much my favorite thing on the plate. I remember once my mom asking Granddaddy how he made his fried corn and he smiled, actually smiled, and said you gotta use white corn, what folks called field corn, and a cast-iron skillet.

When I eat my granddaddy's skillet-fried corn, I can’t help thinking of the Gudger family in James Agee’s "Let Us Now Praise Famous Men" -- the sharecropper family in rural southern Alabama in 1936. Their house smelled of "corn and lard" and when I fix my own version of this dish, I remember the families whose lives depended on corn, for their livestock and themselves. My grandfather wasn’t a sharecropper, but he came from humble beginnings, and I guess he knew a thing or two about putting together a belly-filling meal on the fly.

I make this in summer, and I try to use a variety of corn -- yellow and white. Gardeners will tell you that Silver Queen is the best, so if you see it, be sure to bring it home.