Asian-spiced roasted corn on the cob 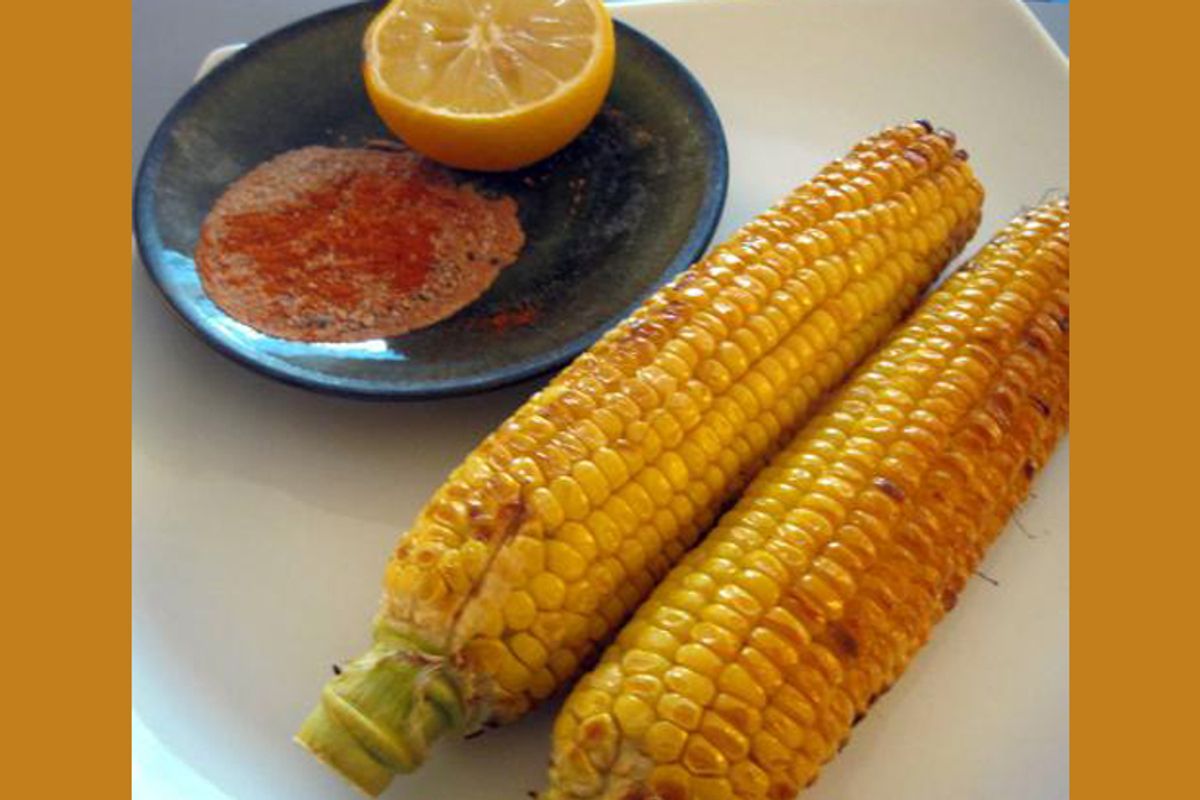 Glorious corn! Available in so many delicious forms. One of my favorite ways to eat it is roasted -- fresh, hot and messy (for those who like to get their hands dirty while eating, like me). Corn on the cob is a street food in most cultures where it is available. In my present home of New York City, "Hot Corn Girls" of the early 19th century were the predecessors of the present-day hot dog vendors.

My earliest association of this food takes me back to the streets of Southeast Asia. The corn vendors appeared on the roadsides at the onset of the monsoon season. The bright, savory and tart taste was a perfect accompaniment to the overcast, ominous skies. Today, as these streets are being battered by incessant rains and floods, I share my spiced recipe as a tribute to these vendors in particular and the resilience of the human spirit in general, whether it is in the face of tsunamis, hurricanes or floods.