Dick Armey, Matt Kibbe have written a book about how their organization's pet project is a revolutionary movement 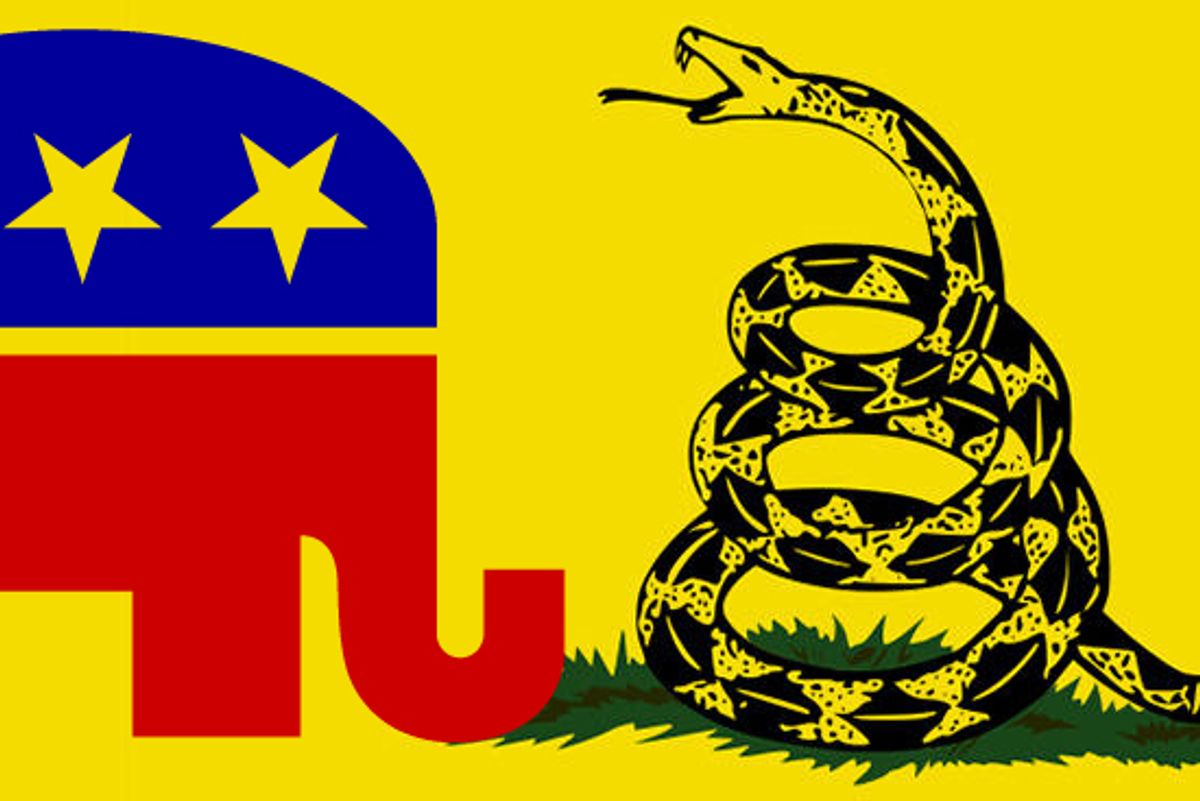 Matt Kibbe, a former House aide and Republican National Committee staffer, and lobbyist Dick Armey, the House majority leader for almost a decade, run FreedomWorks, a political nonprofit funded by Scaife foundations and corporate donations that dates back to 1984. FreedomWorks organizes and trains activists to support causes -- like questioning global warming and lowering corporate and high-income taxes -- that the organization's financial backers also support. In addition to training the activists who lead the Tea Party protests, FreedomWorks works directly with the Tea Party groups that represent the movement to the media and organize most of the local protests. Now, Kibbe and Armey have written a book about the Tea Parties. These longtime Republican Party stalwarts are better political operatives than they are writers, though, if their Wall Street Journal Op-Ed is any indication:

The tea party movement has blossomed into a powerful social phenomenon because it is leaderless—not directed by any one mind, political party or parochial agenda.

The criteria for membership are straightforward: Stay true to principle even when it proves inconvenient, be assertive but respectful, add value and don't taking credit for other people's work. Our community is built on the Trader Principle: We associate by mutual consent, to further shared goals of restoring fiscal responsibility and constitutionally limited government. These were the principles that enabled the Sept. 12, 2009 taxpayer march on Washington to be one of the largest political protests in the history of our nation's capital.

This is my favorite line:

But let us be clear about one thing: The tea party movement is not seeking a junior partnership with the Republican Party, but a hostile takeover of it.

You hear that, Republican Party? You're getting taken over by ... longtime Republican Party supporters, former RNC staffers, major corporate interests, right-wing economists, old white populists, and former Republican elected officials! So look out! That will certainly shake things up, when those guys get to town!

I think this sort of activism should be understood as a form of flattery, in that it involves taking money from the super-rich and using it to reaffirm their belief that there is a groundswell of popular support for their political beliefs -- especially because the political beliefs of the super-rich tend to stop at "I deserve all the money I have, because I am a great man, and no one should take a goddamn penny of it."