The press didn't get the administration scandal it hoped for, but maybe the retrial will pan out 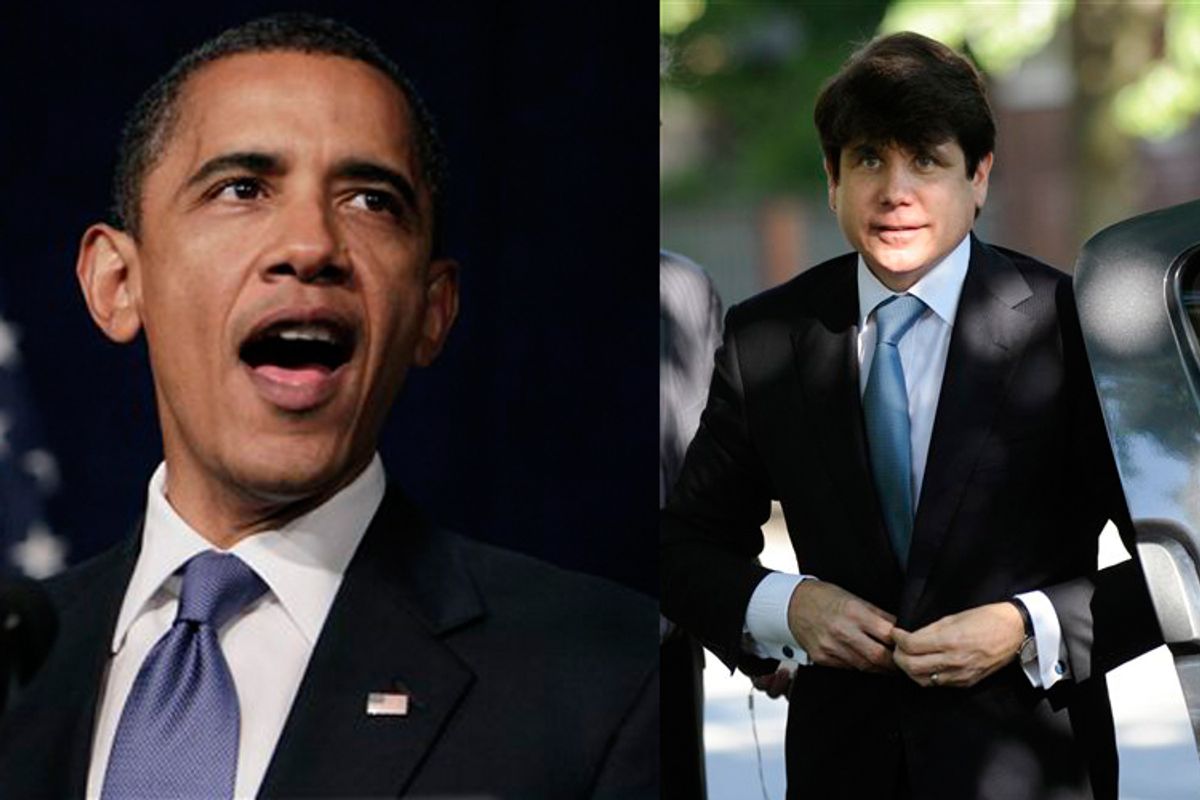 When former Illinois Gov. Rod Blagojevich went on trial for corruption, Washington-based political reporters salivated at the distant possibility that something embarrassing for the White House would be revealed. Because, see, many people in the White House are from Chicago, the biggest city in the state that Blago was in charge of. Politico was especially giddy at the thought, publishing multiple stories about how terrified White House insiders were at the trial's outset.

But it was apparent that the Obama crew had always maintained a healthy distance from the embarrassing and hilarious Blago, and despite his attorneys' attempts to compel testimony from Valerie Jarrett and Rahm Emanuel, nothing at all remotely damaging to the White House actually happened. And then the trial ended with deadlock on 23 counts and a conviction on one minor count. Which means: retrial. Which means: Fire up the "White House to be tainted by scandal" stories again!

The Washington Post tries its hand at the game this morning. A retrial "means a headache for the White House." And, you know, even if nothing bad actually happens, you can still spin it as a net negative for the White House by calling it a "distraction":

It might be no more likely that Jarrett and Emanuel would actually testify in court, but just the prospect will generate headlines again -- headlines that would not aid the president's goal of keeping his administration focused on the economy.

When political analysts worry that something may become a distraction for the White House, what they mean is that they plan on writing, at length, about the distraction, instead of what they claim is the more important thing -- the economy, in this instance.

Then we just get into hilarious speculation. How else could this be bad for Obama? What if ... Blago moves to Ohio and runs for Congress! Or something!

Perhaps only one thing about Blagojevich could cause the White House more grief than another trial -- another run for political office.

When Blagojevich was impeached from office, the state legislature that ousted him specifically barred him from holding any state office again. But nothing blocks the former governor and congressman from moving to another state to run. Or from holding federal office in Illinois -- something lawmakers in Springfield have no power to prevent.

Oh hey, lemme try: What if Blago challenges Obama in 2012? And then the convention splits and Blago ends up as Obama's running mate? That would be quite a headache indeed! I mean, it's unlikely, but a political reporter can dream ...