So many faulty goods, so little time: Salmonella danger, faulty power steering and seatbelts to blame 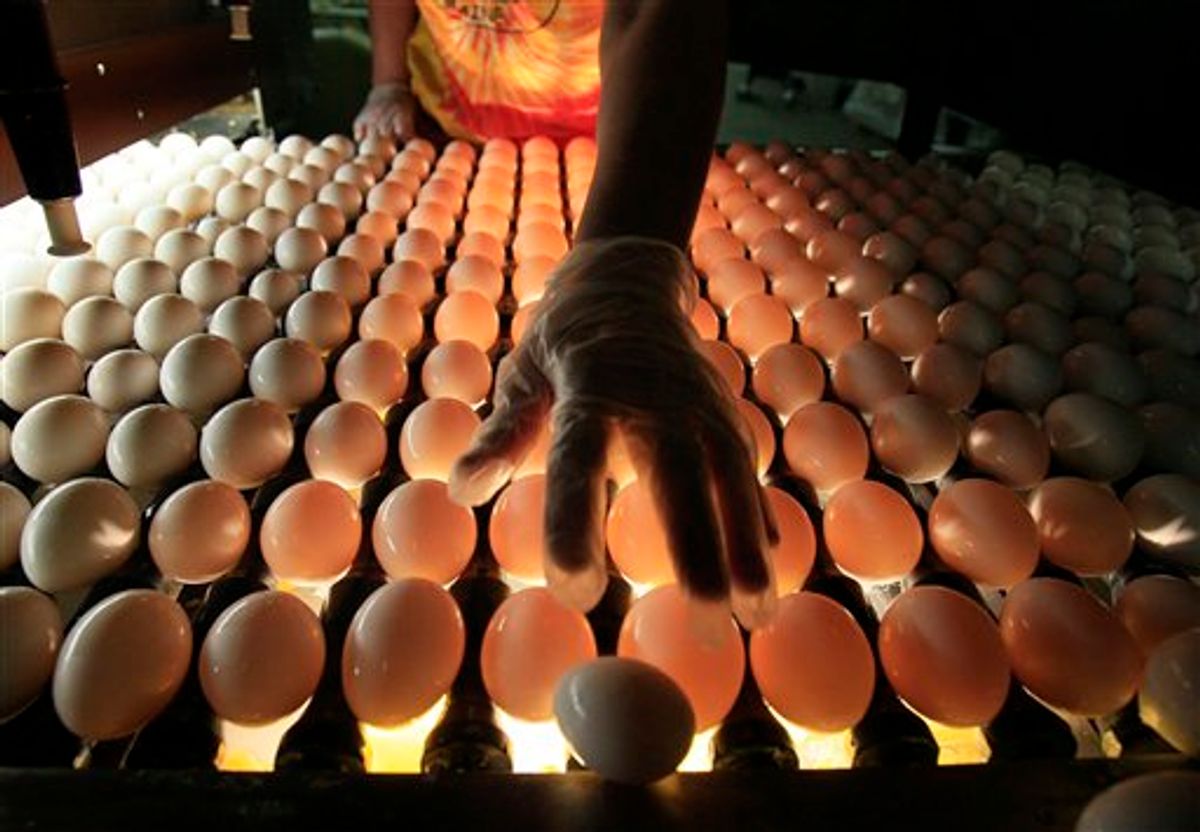 A United States Department of Agriculture inspector checks eggs at Maine Contract Farming, Thursday, July 1, 2010, in Turner, Maine. New England's largest egg farm is taking steps to show it has improved care of its hens after reaching a settlement over allegations its birds were mistreated. (AP Photo/Robert F. Bukaty) (AP)
--

Whether it's an unusual coincidence or a cruel practical joke, not one, not two but three major recalls made headlines in the past 24 hours.

Wright County Egg in Ames, Iowa, admitted  that 228 million of its eggs might be tainted with salmonella. The Centers for Disease Control and Prevention has already linked these eggs to outbreaks in California, Colorado and Minnesota, but the recall also affects Illinois, Wisconsin, Iowa, Nebraska and Missouri. CBS News provides more details on the recall, including which grocery stores might carry the contaminated eggs. If you think you ate one of those eggs this morning -- or you were wondering how much fun it is to have salmonella -- about-salmonella.com has got you covered on symptoms.

Meanwhile, Mazda notified the National Highway Traffic and Safety Administration yesterday that it will recall 215,000 cars for faulty power steering. Just what you want while driving along a curvy mountain road, right? The recall affects Mazda3 and Mazda5 vehicles manufactured between 2007 and 2009. Autoblog explains the recall in more detail, including what causes the power steering failure.

General Motors apparently felt left out, so it announced a recall of 250,000 vehicles on the same day. According to examiner.com, the recall was prompted by seatbelt problems in the 2009-10 Chevrolet Traverse, Buick Enclave, GMC Acadia and Saturn Outlook.

Well, recalls or not, the ad exec who came up with this German Mazda3 commercial deserves a raise: