Why do conservatives pretend "racism is dead"?

When James Taranto whitewashes right-wing bigotry, what is he telling us about his movement - and himself? 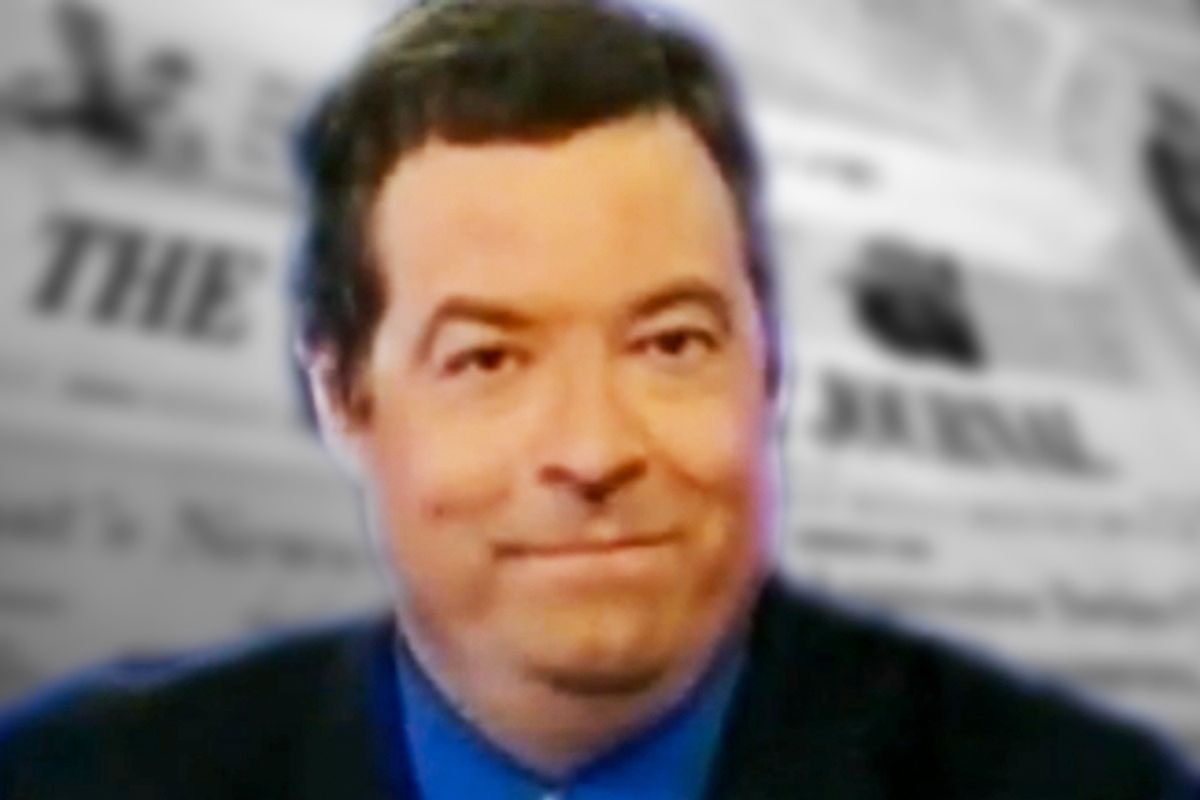 It’s a shame to arrive late at a party, especially if you’re the designated piñata. But last Friday, when WSJ.com’s James Taranto tried to take down my New York Observer column, titled "The Racists Return," I had more pressing priorities.

What got the Journal blogger so wound up (along with others in the wingersphere) was my assertion that bigoted language uttered by the likes of Glenn Beck and Laura Ingraham has been echoed in racist “games” targeting President Obama on the Jersey Shore and in the Lehigh Valley this summer. What irked him even more was my suggestion that conservatives should at last repudiate such ugliness rather than encourage it.

Responding to those observations, Taranto accused me of misconstruing satire, tearing phrases from context, yearning for the '60s and, worst of all, lacking a sense of humor. No doubt he is among the most formidable wits on the right, but we just don’t share the same idea of funny. Unlike him, for instance, I wasn’t amused by the right-wing smear of Shirley Sherrod.

Of course, Taranto’s fervent denial of racial undercurrents on the right today exemplifies the problem that I urged conservatives to address. But first let’s take his complaints in order:

Criticizing me for omitting the full context of Glenn Beck’s notorious “Planet of the Apes” remark, he claims that because Beck mentioned Andrew Stern as well as President Obama, the reference contained no racial meaning. Perhaps the racist themes of that film are open to debate, but the people who run Fox News appear to agree with me that the context didn't matter. As revealed by Keith Olbermann on "Countdown," the right-wing cable network falsely edited the transcript of Beck’s show, removing his “Apes” rant and replacing it with fabricated text. Why would Fox take this extraordinary step unless it realized that what Beck had said was sickeningly offensive?

The broader point, which Taranto also lacks the honesty to address, is that the “Apes” incident was only the latest in Beck’s long record of incendiary racial commentary, including his wild accusations against President Obama of racism  and his repeated attempts to inflame hatred of the Obama family.

What we get instead -- and Taranto uses the same excuse for Laura Ingraham’s latest book, with its tin-eared stereotyping of Michelle Obama’s eating habits and its reference to the president as "uppity" -- is the old right-wing excuse deployed so many times to defend the likes of Rush Limbaugh. See, it’s all just satire! But what is the nature of “satire” that portrays the first lady as frantically consuming buckets of ribs?

As for those nasty carnival games, Taranto say he can’t imagine why anyone would connect them with partisan attacks on the president, or even why anyone should “necessarily” regard them as racist. He munificently bestows the “benefit of the doubt” on their creators because he would rather not think they were motivated by “hatred or supremacy.”

It is remarkable that he would offer those alibis even after directly quoting my description of the games, taken from news sources that nobody has contradicted:

At the Big Time fair held by Our Lady of Mount Carmel in Roseto, Pa., last week, a game called "Alien Attack" featured "an image of a suited black man holding a health care bill and wearing a belt buckle with a presidential seal," at which players were encouraged to aim their popguns. Anybody who hit the cardboard figure in the head or the heart could win a prize. . . .

Meanwhile on the New Jersey shore, patrons of the Seaside Heights boardwalk could hurl baseballs at a black, jug-eared Obama figurine, winning a prize if they managed to smash it. As seen in a video posted on the Gawker website, this object closely resembles the grinning "lawn jockey" statuettes that used to festoon suburban lawns in a less decent era.

According to Taranto, however, my concern is misplaced and only proves that liberals like me yearn to combat an evil that no longer exists:

Edgy commentary and satire about the president of the United States is not massive resistance, and an offensive carnival game is not a burning cross. Conason seeks cheap grace by denouncing trivial offenses because he longs for a moral glory in which he came along too late to partake. Racism is dead, and its killers were heroes. Nostalgia for racism lives on in the imagination of liberals who only wish they could be so heroic.

There is no shortage of evidence that despite great progress, including the election of Barack Obama, racial bigotry and hatred continue to thrive among certain elements in this country -- particularly among conservative activists and elected officials. Dissembling about the existence of racism may itself be considered a mark of racial hostility, just as genteel conservatives who once defended the South of the Klan and the White Citizens were acting out their own attitudes toward blacks.

On Monday, Taranto returned to the subject with a post disputing me on this issue, too:

Conason is imprecise in referring to the conservative movement's "opposition to civil rights." Goldwater, Reagan and Buckley were anti-civil-rights only in the sense that a pacifist or noninterventionist who opposed U.S. entry into World War II or the liberation of Iraq was pro-Nazi or pro-Saddam: Their adherence to principle led them to a position of indifference toward a great evil.

This was a moral error. Conason and today's liberals commit another moral error in casting today's conservatives as racists because yesteryear's conservatives were briefly allied with racists. It's guilt by association at two levels of remove.

Here again Taranto shows that he cannot confront unpleasant truths, both past and present. The moral error of conservative leaders during the civil rights era was not always simply an innocent devotion to libertarian principle, but often something far more disturbing. At Open Left, Paul Rosenberg quotes a National Review editorial reflecting on the real reasons behind William F. Buckley Jr.’s support of “massive resistance” to desegregation and voting rights – which had nothing to do with individual liberty and everything to do with the “cultural superiority” of the white race. Rosenberg’s entire post is well worth reading for a brisk, fact-filled refutation of Taranto.