The Nevada Republican wrote to the Senator she'd one day challenge, imploring him to end Social Security 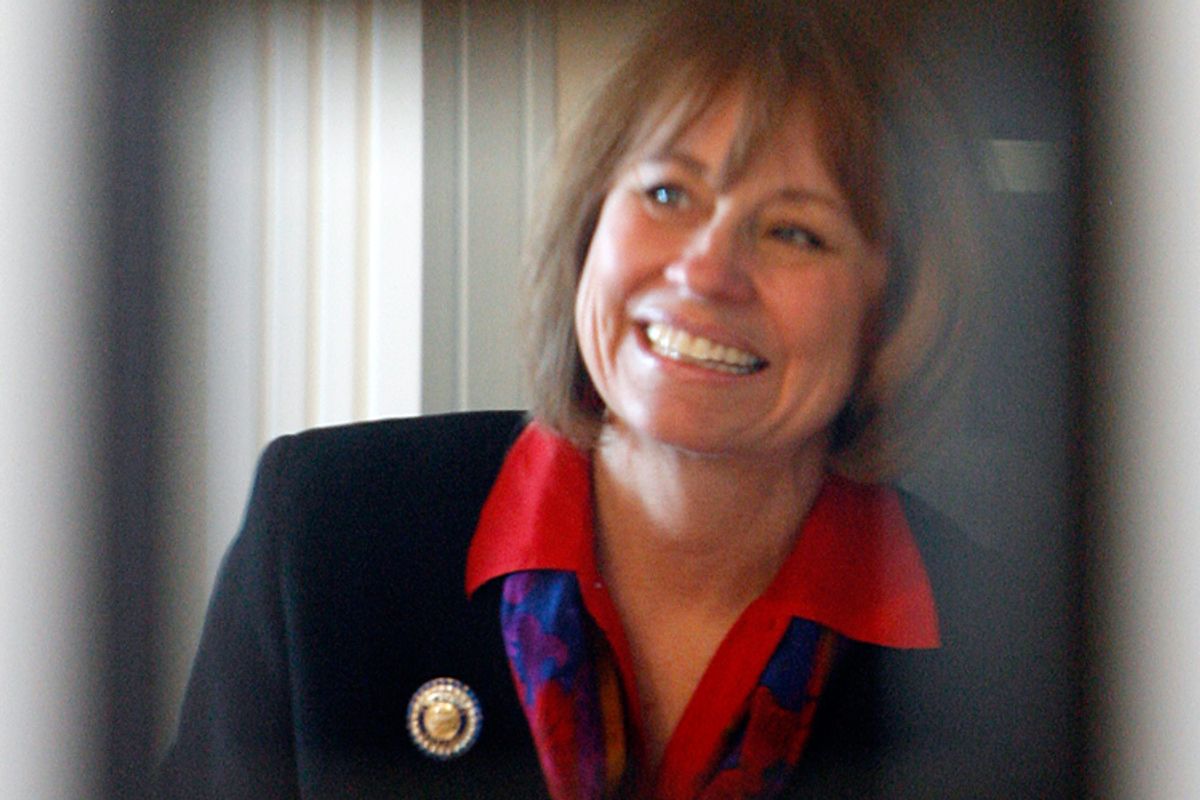 God bless Sharron Angle, for being, like Rand Paul, a nutty letter-writer. In 1993, Bill Clinton's budget raised taxes on the highest earners, and Sharron Angle was among those who thought that would basically destroy America, forever. So she wrote a wonderful letter to Senator Harry Reid about it.

"I and the majority of my fellow Nevadans are sickened by the passage of the recent huge tax increase bill. With YOUR help the quality of life in America has taken another step into the pit of economic collapse. Clinton's mother-of-all tax packages is the world's biggest tax increase ever. It increases government spending by $300 billion, increases the national debt by $1 trillion, it is retroactive to January 1, and probably the most offensive, it schedules 80 percent of the promised spending cuts to take place after the next Presidential election. What a joke, and not a very funny one at that!

"Under your new bill, I and the rest of us (including my children and yours) will work from January 1 until July 31 to cover our tax liability. How much more can you suck out of the taxpayers before everything collapses? It is evident that you have caved in with our President and the rest of those tax-and-spenders in Washington that voted for this disgrace.

"The answer to this mess is clear. STOP FUNDING THE WASTEFUL SOCIAL AND ENTITLEMENT PROGRAMS. MAKE THE DIFFICULT CHOICES THAT WILL KEEP OUR COUNTRY STRONG. THAT'S WHAT YOU WERE ELECTED TO DO! I beg you not to support taxpayer funded national health care which is the next hit we are in line for. I also request that you end the spending (of) tax dollars to support pornography and perversion through continuing grants from the National Emdowment for the Arts.

"In closing, I want to reaffirm my total dissatisfaction with your support for the tax bill. I will be expressing my dissatisfaction in the voting booth in the next election.

"Please take the following words of Professor Alexander Tyler to heart. He said, 'A democracy cannot exist as a permanent form of government. It can only exist until the voters discover that they can vote themselves a largess from the treasury. From that moment on, the majority will always vote for the candidates promising the most benefits from the public treasury, with the result that a democracy always collapses over loose fiscal policy.' ...

"I hope you receive thousands of letters like mine. Maybe then you will understand the impact of your tax bill on America, and the outrage of its citizens."

(Jon Chait points out that the classic "Alexander Tyler" quote there is a fake, also sometimes attributed to Disraeli and de Tocqueville, popularized by Reagan and P.J. O'Rourke.)

Of course, this is the Sharron Angle of 1993. That was a long time ago! Now, as a serious candidate for public office, she is much more restrained and responsible in her public statements. Now she just claims that our Founding Fathers were accused of being "too conservative" by people like, I guess, colonial Harry Reid. (Although Mormons had not yet been invented, at the time of our nation's founding, and also no prominent 18th century American would've cared what the son of a miner thought about anything. And I guess mining, like Mormonism, didn't really become a thing in the US until the 1800s. So shut up, colonial Harry Reid, with this "Thomas Jefferson is too conservative" nonsense! Your existence in this time period makes no sense!)