Some disagreement over whether loud music in headphones is the cause 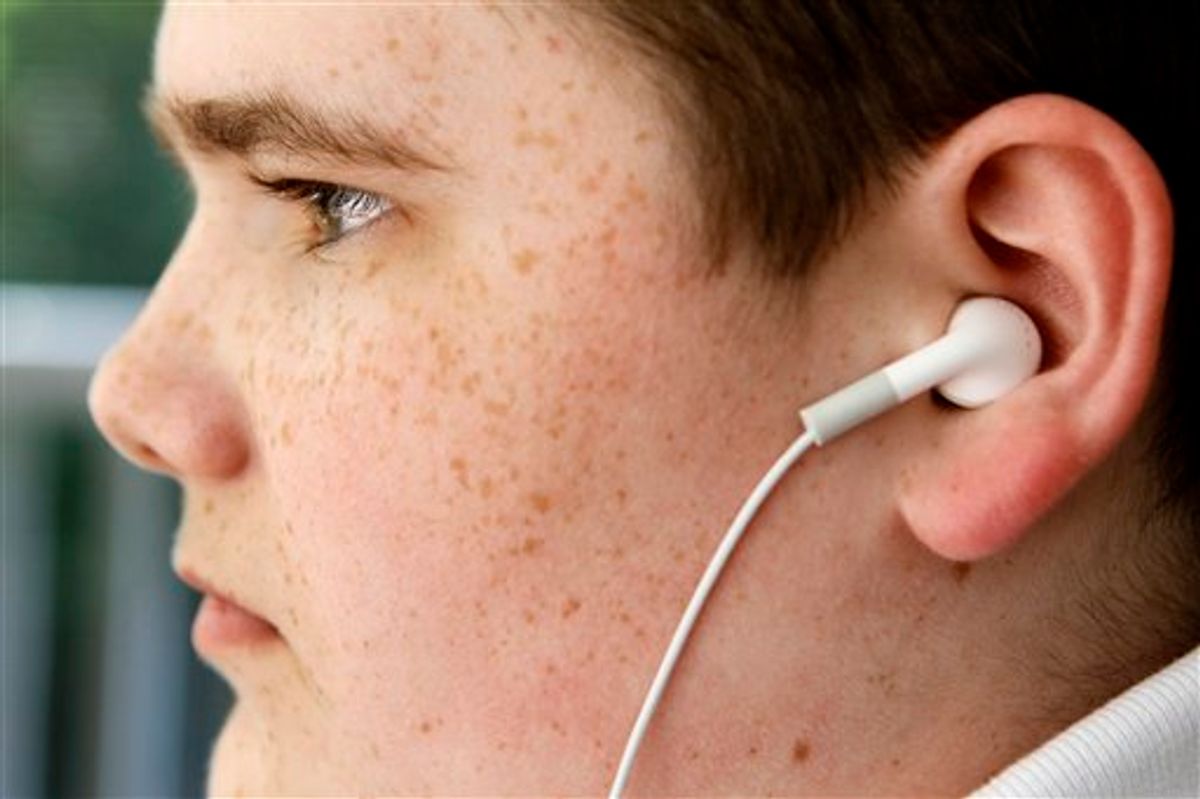 Turns out parents don't just have to worry that their teenagers will have proper access to sex education and healthy snacks. A study released yesterday revealed some startling statistics about the very youthful. Almost 20 percent of people between the ages of 12 and 19 have some form of hearing loss. That's a 30 percent jump from the late '80s and early '90s.

The obvious answer would have to be that darn rock music and those newfangled iPods, right? Not so fast. The experts' interpretation of the study has led to some divergence of opinion, though: ABC News claims loud music is the culprit, and Time goes so far as to blame iPods outright. One thing all teenagers can do, though, is protect themselves form further hearing damage, as outlined by CBS News.

Another study related to teenagers was conducted by a Norwegian team and released today. This one concerned migraines and tension headaches and which teens are likeliest to suffer from them. Of 6,000 kids studied, those who were overweight, smoked or didn't exercise were the ones who reported the most head pain. The researchers weren't able to figure out if those factors were the cause of the headaches, though, so it might be a big ol' coincidence. In the meantime, U.S. News and World Report has some migraine-easing tips for teens and not-so-teens.