"The Great Divorce": The dark side of the Shaker religious sect

I grew up thinking they were a quaint group in my hometown. A new book shows their sinister take on womanhood 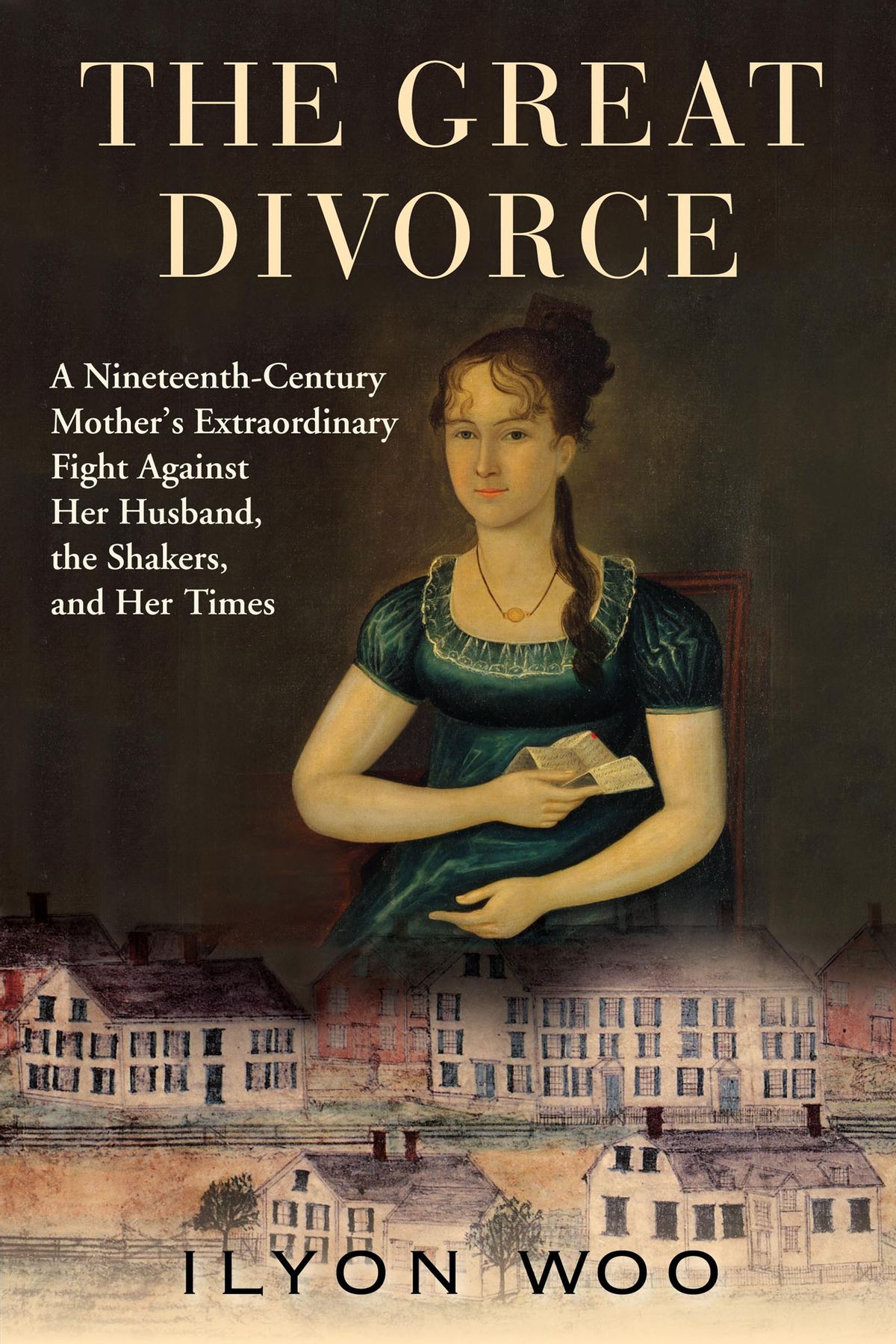 The Great Divorce by Ilyon Woo
--

I live in Shaker Heights, Ohio, a town named after the religious sect that settled here. Every year the local schools hold "Shaker Day," and the scene outside my house is of kids walking to school wearing home-spun-looking clothes and white bonnets. It is very charming. Or it used to be, before I read Ilyon Woo's "The Great Divorce."

"The Great Divorce: A Nineteenth-Century Mother's Extraordinary Fight Against Her Husband, the Shakers, and Her Times" plays havoc with our image of the Shakers as good, plain, industrious folks who made great furniture. We have integrated their vows of celibacy and their jerky dancing into a vision of quaint, sentimental Americana, and selectively forgotten less simple Shaker precepts, such as the double doors in every building that segregated men from women, and their insistence that converts relinquish all familiar relations. If a father chose to have his children raised as Shakers, the mother had no way to claim custody. Even if the children had been unwillingly abducted from her.

That is what happened to Eunice Chapman, the complicated heroine of Woo's myth-smashing tale. Chapman was a woman born in post-Revolutionary America: therefore, she was dead. Civilly dead, that is, in the harrowing terms of the law, which regarded her as nonexistent. A woman in the early 1800s had fewer legal rights than a freed male slave. The law considered a married couple a single legal entity, and that entity was de facto male. Women could not own property, vote, earn wages or sign contracts. "So wholly did the law consider man and wife united that spouses were not allowed to testify against each other, on the grounds that to do so would be an act of self-incrimination."

Born Eunice Hawley, this small and supposedly striking woman married an abusive alcoholic, James Chapman, in 1804, when she was 26 -- an age verging upon spinsterhood. The couple had three children before James abandoned the family. He eventually joined the Shakers, moving into their colony in Watervliet, N.Y.. James wanted Eunice to join him (though were she to, they would never be able to touch each other again). Eunice, who opposed Shaker beliefs, refused. Her decision left her, however, in an untenable, humiliating position: she had to support her children but she was unable to make money. At one point she had to "throw her children on the town." For support. She tried to live near the Shakers, and then with them, but refused to submit to their "bondage." James, incensed, snuck back to their old house, which had been emptied of all belongings to pay off his old debts, and took the children. The Shakers claimed the children, asked them to denounce their mother, and Eunice had no legal way to retrieve them.

Unless she got a divorce. Eunice spent five years battling to regain custody of her children, a process that involved attempting to make it the Shakers, not women, who were civilly dead due to "religious delusion" and writing, self-publishing and hand-distributing copies of her story to each New York state assemblyman. She organized mobs to confront the Shakers and try to take the children back. She became a crusader in all senses of the term, fighting righteousness with righteousness: to the Believers, she wrote, she was "COLLECTING MY FORCES FOR A NEW INVASION." In her own eyes, she was "an instrument in the hands of God."

No one who has lived through a lawsuit will be surprised to learn that Eunice's case dragged on for years. Opponents feared empowering women: "By passing this bill ... we shall give boldness to the female character," said one assemblyman; women would "become emboldened, and would be haunting the members -- for divorce!" The final decision was precedent-making. But Eunice's victory was incomplete: Her first reunion with her children, who had been taught to renounce family ties, required her to fight again, this time for their love.

It would have been easy to tell this story as a polemic or a melodrama, but Woo never lets us settle into mere indignation or pity. When we are set to root unconditionally for proto-feminist Eunice, Woo hints that her zeal verged on deranged hysteria. Nor are the Shakers simple villains: Woo points out that for some women who were abandoned by their husbands, they provided a refuge. With "The Great Divorce," as with most divorces, there are too many variables to easily apportion blame or victimhood. As for the Shakers? After school on Shaker Day, I see the children walking back home, funny hats in hand. Usually, a mother or father accompanies them. That they go home at the end of the day is important to remember, and celebrate.