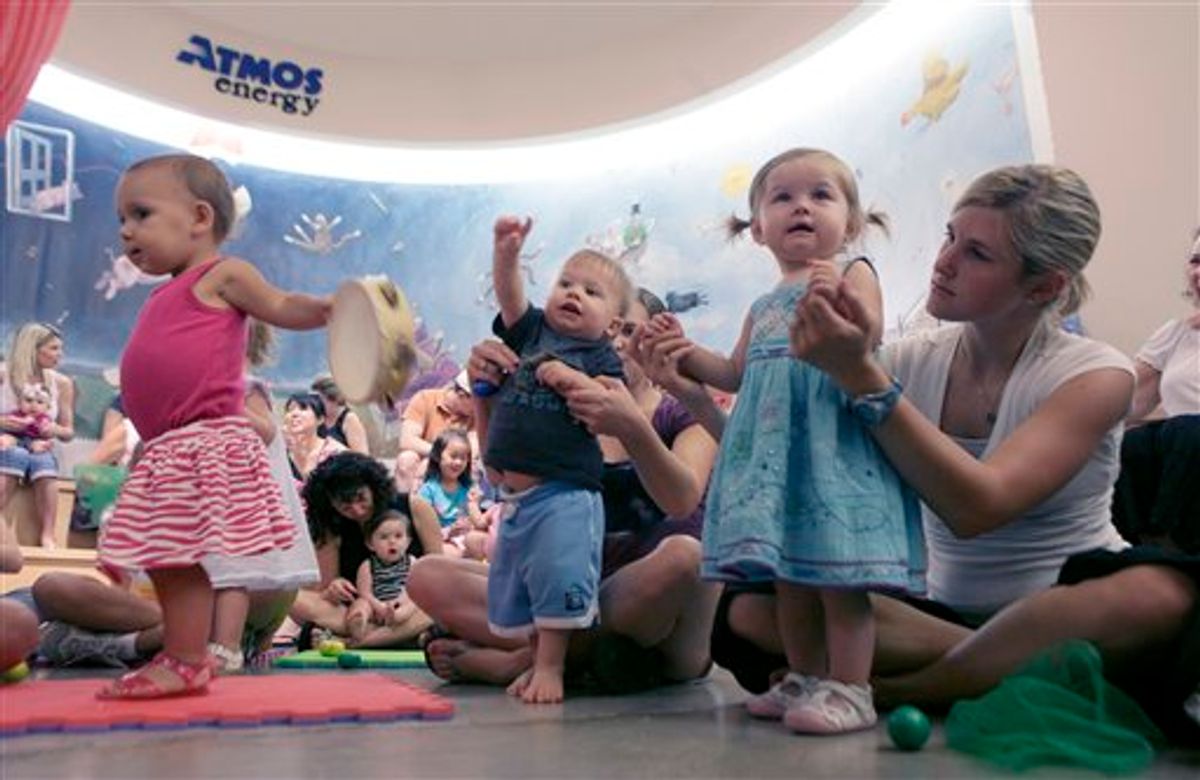 In this photo made Friday, June 25, 2010, toddlers dance during Baby Bounce Basics program at Bookmarks, a Dallas Public Library Branch at NorthPark Center mall in Dallas. In the first two months after it opened in NorthPark Center, Bookmarks issued more than 700 library cards. Two years after it opened at the mall, the library for kids 12 and under has an inventory of about 5,000 and circulates as much as branches eight times that size with both adult and children's books. (AP Photo/LM Otero) (AP)
--

Everyone knows at least one kid these days who has attention deficit hyperactivity disorder, or ADHD. Drugs are being prescribed to younger and younger children in an effort to make them focused and less disruptive to their schoolmates and families. It should be pretty well known that ADHD is a learning disability, not a personality disorder, but very little headway has been made in discovering the source of the problem, and the fear of misdiagnosis is something parents deal with all the time.

Two new studies this week have attempted to shed light on ADHD from different angles. Researchers from the University of California at Berkeley found that pregnant women who were exposed to certain types of pesticides were exponentially likelier to have children who develop ADHD by the age of 5. This doesn't mean, however, that pregnant ladies should avoid fruits and vegetables. Just make sure to wash them to death.

A slightly more startling piece of research on the disorder comes from North Carolina State University and Michigan State University-- it looks like the youngest kids in kindergarten, the ones who start early, can be up to 60 percent more likely to get an ADHD diagnosis. So kids who are simply immature compared to their peers may be getting drugged for it. Parents who want background information on ADHD and how it differs from ADD can use HelpGuide.

And: Did you know Tom Sawyer had a bit of an attention-span problem?