The campaign for an "official language" is an admission of fear and insecurity. And utterly unnecessary 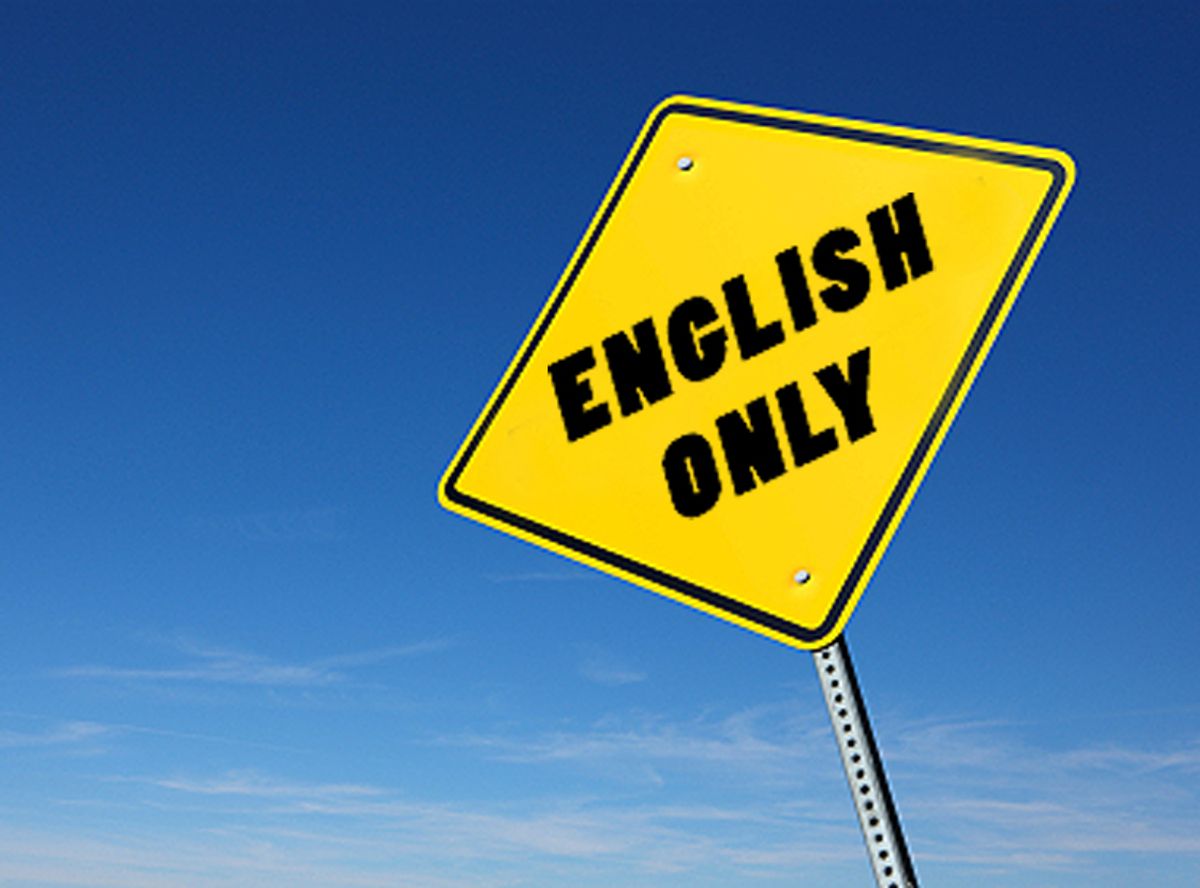 Every week, the Democratic Leadership Council kindly sends me their "Trade Fact of the Week" and I have fun trying to figure out what in the world the information they are providing has to do with trade. This week's installment, for example, trumpets the fact that fully a quarter of the world's population has at least some facility with the English language. Interesting, but not necessarily relevant to the gaping U.S. trade deficit with China.

The numbers reminded me of a note I'd seen in Talking Points Memo last week mocking New Hampshire Republican senatorial candidate Bill Binnie's advocacy of English as the official language of the United States.

... [I]f elected he will make sure "all immigrants learn English." After all, he says, it's the "language of America," and "it's the language of international commerce, science, and even the Internet."

The Chinese, who have more Internet users than there are speakers of all the languages spoken in the United States put together might object to the last part of Binnie's statement, but I'm not going to. More than any other tongue, English is indisputably the world's lingua franca, so to speak.

Which is reason number one why the whole issue of English as an "official language" is so dumb. English is not threatened by illegal immigrants, or Spanish-language AM radio or government signs printed in 12 different writing systems. English is already king of the world, and won't be dislodged for a very, very long time. Immigrants who want to flourish in the United States by necessity learn some English, and without question, their children certainly do.

It is an enduring mystery to me how the people most likely to argue that the United States is somehow "exceptional" and particularly blessed by God are the same people sporting the biggest inferiority complex about the durability and power of the American identity. The opportunists on the right who advocate English as an official language to drum up political support aren't just waging a nasty campaign of racial and cultural antagonism -- they are betraying their own deep-seated fear that their values, their language, and their culture cannot withstand the threat of a foreign invasion.

When nothing could be further from the truth. English rules. It doesn't need any help whatsoever.

2010 Elections How The World Works Immigration