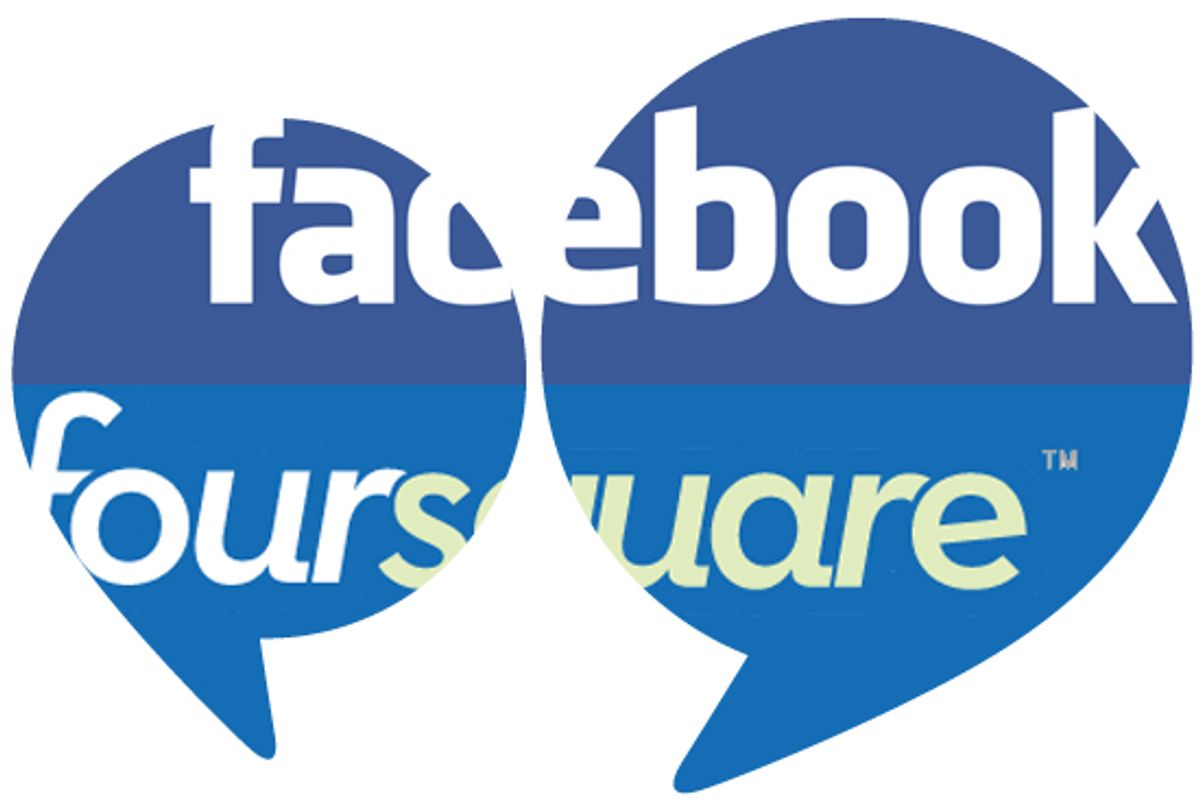 One of the obvious missing pieces in the Facebook data arsenal has been granular location data -- knowing where its users are and what they're doing. The modest but genuine inroads we've seen from startups such as Foursquare and Gowalla, among others, proved that at least some members of the latest generation of Internet users are willing to share their location, among many other things, with friends, colleagues and maybe everyone else.

So last evening's rumor-confirming rollout of Facebook Places, a location check-in service that has a lot in common with what's come before, wasn't a big surprise.  Facebook is nothing if not eager to incorporate other companies' innovations into its own core services.

The launch demonstrated a number of Facebook's qualities. On the positive side, the Places pitch also included the notion that we need to get out from behind our screens, PC and mobile, and join each other in the physical world. Can't argue with that, even if Meetup.com has been years ahead in the hugely important recognition that one of technology's greatest values is in bringing people together to collaborate on offline goals.

The company insisted it had made a serious effort to create meaningful and, if desired, somewhat protective user privacy settings, and it does look possible to stay out of the location service if you wish while still using the service's other features. Yet the bias -- as always with Facebook settings -- aims to get you to say Yes to sharing, not No.

The breathtaking über-ness of the initiative shone through in what a company vice president, Christopher Cox, described as a goal: essentially to aggregate history itself -- or at least tomorrow's version of it -- around users' locations, doings and what they've told each other about both.

And Facebook will be holding it all in its corporate databases, creating a data set that advertisers will surely find irresistable. (In my case, no thanks -- but this is a topic for another day.)

Facebook's not alone in having vast ambitions, of course. Google, for example, has major social-networking plans of its own and no small amount of location expertise. So presuming Facebook doesn't succeed in its goal to become the Internet that most people use -- Internet users will need to figure out that Facebook isn't really their friend -- a healthy competitive marketplace could still emerge. Will it include the innovators who have helped bring location so prominently into the mix?

When Foursquare and Gowalla shared the stage with Facebook executives, you had to wonder what they were thinking. Certainly they seemed to celebrate their new partnership. Maybe it'll all work out, but technology history suggests other possibilities.

When Microsoft was the despotic ruler of the personal computing software world in the 1990s, it had a strategy some called "embrace and extend" -- to develop software that had the functions someone else had already created and then to extend it in ways that would tend to freeze out others. In time, that phrase morphed, according to Microsoft's rivals, to "embrace, extend, extinguish."

Maybe the earlier location services have the kind of deal with Facebook that will give them what they need to grow. If I were one of their investors, I would not be betting on this outcome.

I'd be betting more on an updated riddle (which I first heard in the 1990s in relation to dealings between Apple and IBM):

Coverage I liked by other folks: