Weekly unemployment benefit claims rise to their highest point in 2010 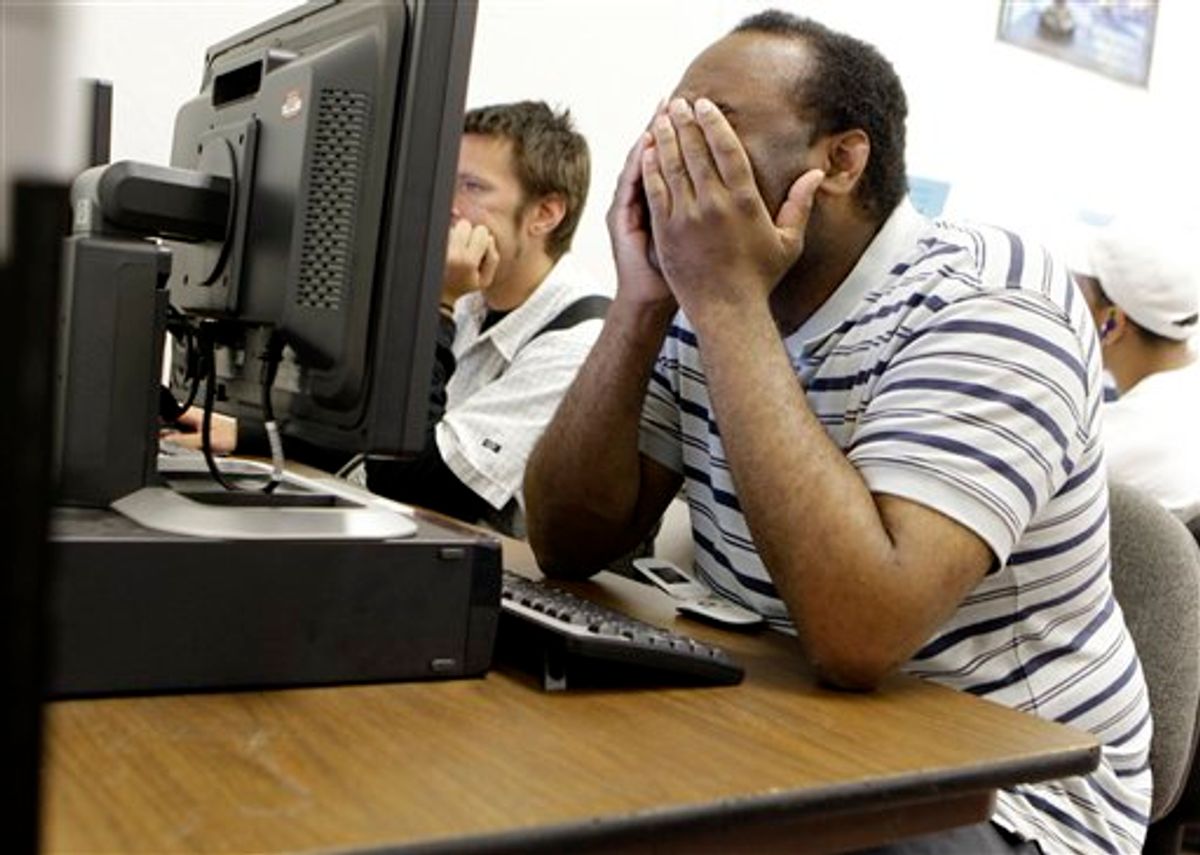 FILE - In this file photo made July 20, 2010, Orlando Payton uses a computer to look for a job at JobTrain employment office in Menlo Park, Calif. First-time claims for jobless benefits edged up by 2,000 to a seasonally adjusted 484,000, the Labor Department said Thursday, Aug. 12, 2010. Analysts had expected a drop. That's the highest total since February. (AP Photo/Paul Sakuma, File) (AP)
--

If you are worried that the U.S. economy is headed for a "double-dip" recession, then today's jobless claim numbers have provided the best evidence yet this summer to bolster such fears. The Labor Department reported that weekly claims rose to 500,000 -- the highest point since November 2009. In response, the stock market promptly plunged. We can't even say anymore that the trend in jobless claims is "flat." For most of the summer, the number of people filing for new benefits has steadily inched upward.

If you are worried about Democratic election prospects in November, the news is even worse. There's no sugar-coating it now. The jobs numbers for August are likely to be miserable -- as one analyst quoted by Reuters observed, "it looks like the economy ran into a wall in August." GDP growth estimates for the U.S. economy are falling by the day. It's hard to imagine a worse scenario for Democratic politicians as fall campaigns kick into gear. Even as Republicans stoke up classic culture war absurdities like the "ground zero mosque" nonsense, underlying economic trends give the White House nothing to tout in response.