18 percent, including 34 percent of conservative Republicans, believe Obama is one. And they don't like it 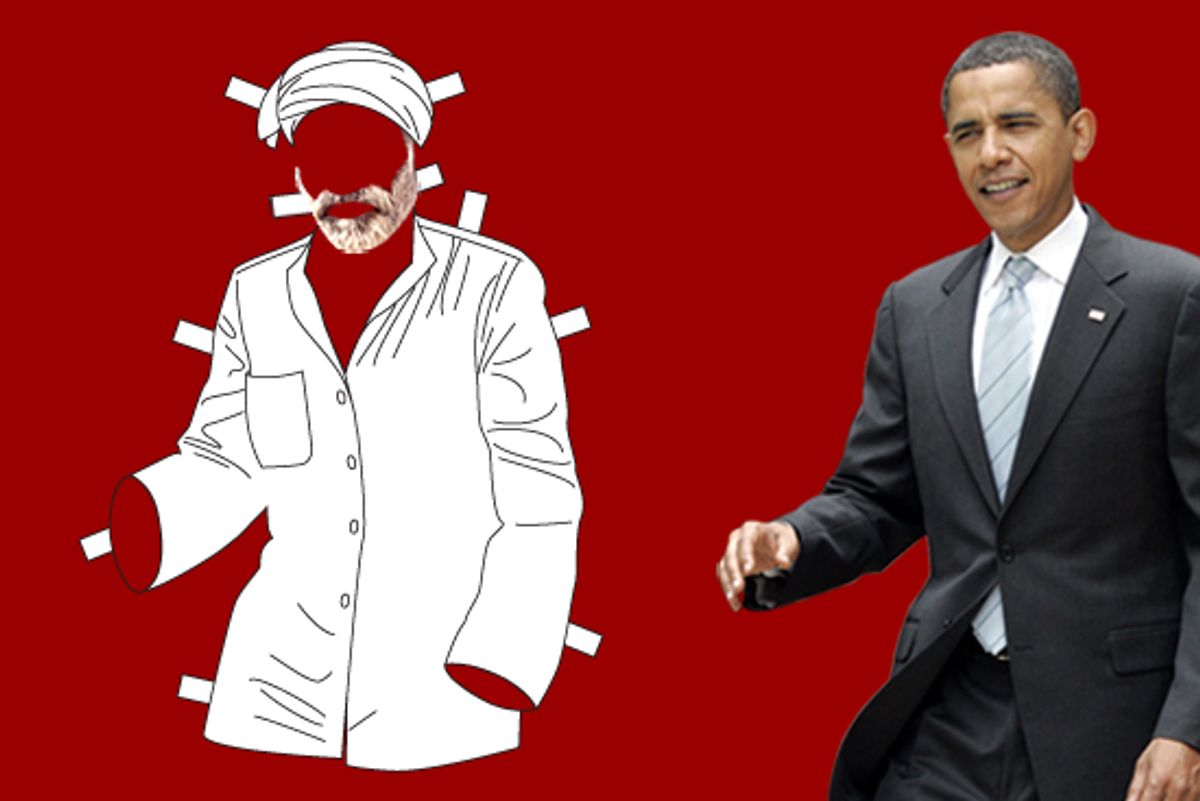 34% of self-described "conservative Republicans" think President Barack Obama is a Muslim -- a gain of 16 points since last year. 30% of people who disapprove of Obama's job performance also think he's a Muslim. It seems like the more that conservatives dislike the president, the more they believe that he is a Muslim! (How soon we forget Reverend Wright, I guess.)

Dave Weigel blames the media, and some conservative bloggers, because he is a communist Muslim.

Kathryn Jean Lopez, noting that only 34% of Americans think Obama is a Christian, describes it as "Barack Obama's Religious-Identity Vacuum," because, obviously, if one-in-five Americans thought K-Lo was an illegal Mexican immigrant, that would represent her "National-Identity Vacuum."

Honestly? It would not hardly matter if some huge portion of Americans thought Obama was a Muslim because they were just confused, or thought they had read it somewhere, and couldn't be bothered to check because they didn't really care. But the fact that thinking-he's-a-Muslim tracks so closely with disapproval of his presidency is perhaps a sign that the disappearance of the "responsible" wing of the GOP is helping to make outright bigotry totally acceptable. (That is also the problem with all those "reasonable" conservative arguments pointing to polls showing some slight or broad majority of respondents are wary of gays or Muslims or something -- "are you liberals calling 60% of Americans bigots?" We're saying bigotry is being normalized and tacitly encouraged, by your elites!)

How did folks learn that Barack Hussein al-Jazeera Osama-been-Lyin' is a Muslim, exactly?