Yet another country tries to fight sexual harassment with same-sex commuter cars. Is it a good idea? 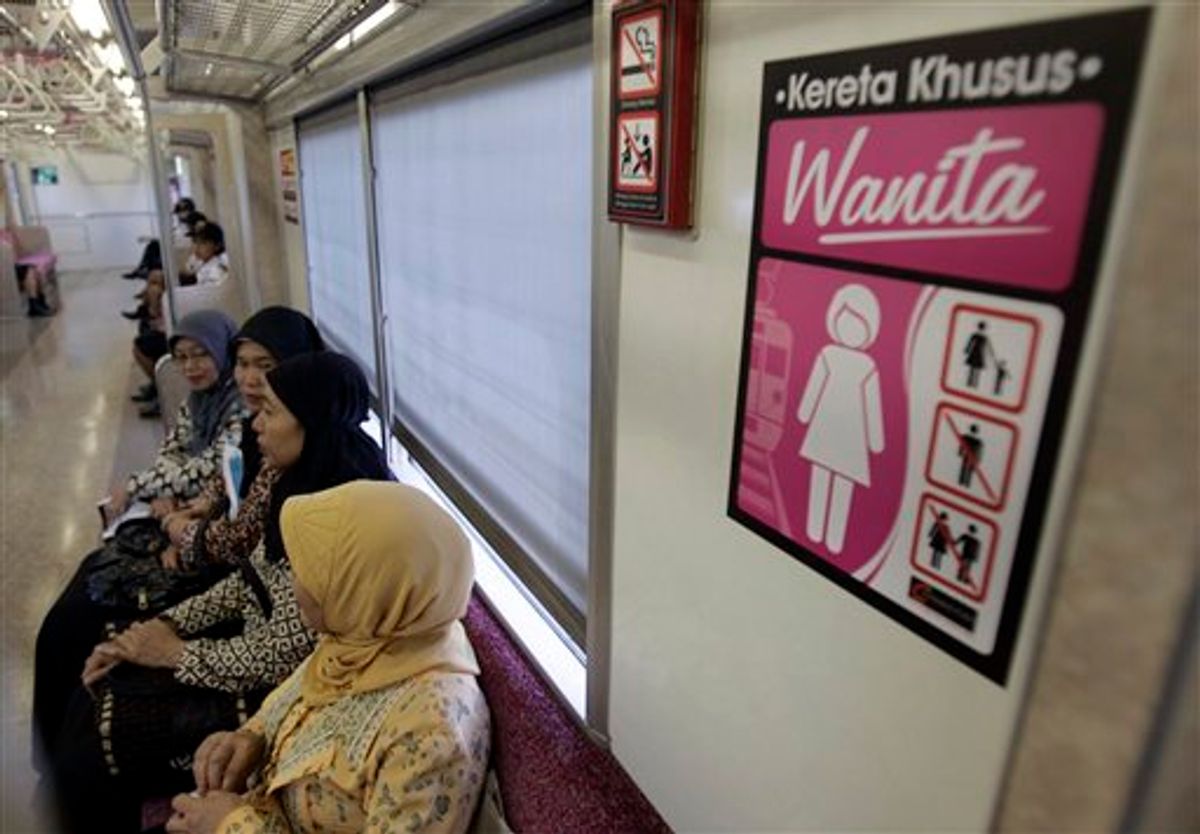 Another day, another Asian country introduces commuter trains with a women's-only section. On Friday, Indonesia followed in the footsteps of Malaysia, India and Japan and officially launched the designated cars to prevent sexual harassment. The change comes after the state-run train operator was reportedly "flooded by letters of complaint from women."

Women can still ride in mixed-sex cars, but these "safe spaces" are an option for women who would rather not be sandwiched between strangers or pinched by wandering hands during their commute. According to the Washington Post, there has been a recent uptick in reports of sexual harassment on trains and, perhaps not so coincidentally, a YouTube video of two teenage girls singing a song about "a slimy old man who relentlessly pursues a completely uninterested young girl" recently went viral in the country.

It's great that women's complaints were heard, but this approach registers to me as regressive. Can we only protect women from unwanted sexual advances by segregating them? As Judy Berman wrote on Broadsheet when India introduced women-only trains, "if there's one thing we've learned from the civil rights movement, it's that 'separate but equal' doesn't work -- even if it is the oppressed group that gets the shiny, new trains."

However, the Post talks to Imam Prasodjo, a University of Indonesia sociologist, who disagrees: "In this case, it really has nothing to do with discrimination. It's about making their journey safer. I think most people will welcome that." Indeed, but I have to wonder what happens when women actually leave the trains and go about their days. Might sex-segregated trains actually reinforce predatory behavior, rather than discourage it?