Did Jeff Greene just not spend enough to buy a Senate nomination? 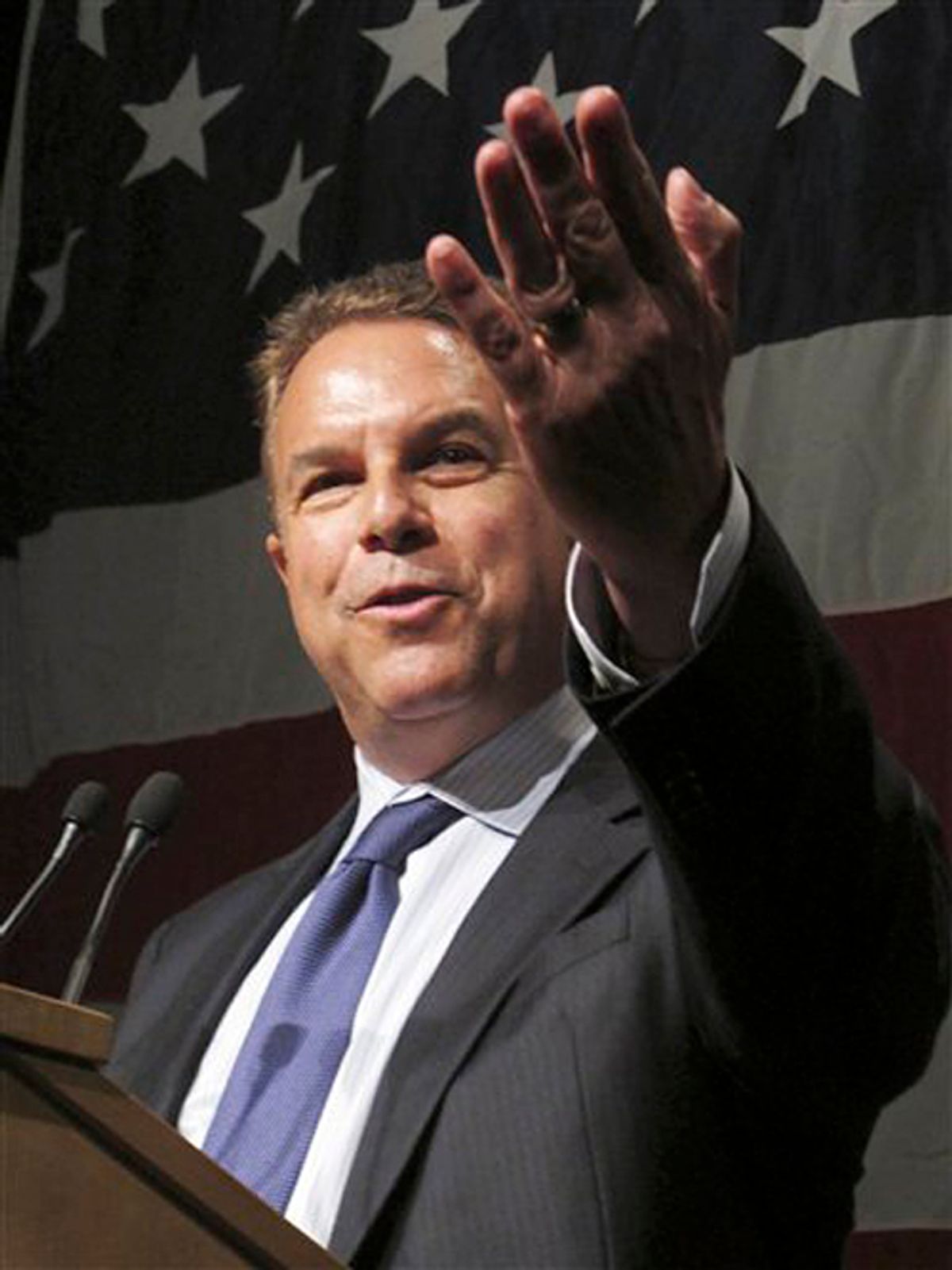 FILE-In this July 17, 2010 file photo, billionaire Jeff Greene, who is challenging Rep. Kendrick Meek for the Democratic Senate nomination, speaks at the Florida Democratic Party's Jefferson-Jackson Dinner in Hollywood, Fla. The level of political discourse in the Democratic Senate primary boils down to: Your celebrity friends are low lives. The reply: So's your mom. Four-term Rep. Kendrick Meek and real estate billionaire Jeff Greene have been relentless in criticizing each other, and the vitriol is unlikely to end with Tuesday's primary.(AP Photo/Brendan Farrington, File) (Brendan Farrington)
--

An interesting theory passed along by Florida political reporter Adam Smith: Would Jeff Greene be the presumptive Democratic Senate nominee if only he'd spent even more money?

Greene has spent $22.9 million of his own cash so far, but Kendrick Meek is opening up a decent lead in the polls ahead of next week's primary.

The theory is that, had former campaign manager Joe Trippi convinced Greene to spend even more, "he could have buried Meek to the point where he could not dig out." But, I dunno! I mean Greene has basically already spent "bury him" money, and he didn't bury Meek. But money doesn't stop an endless drumbeat of stories about how best man Mike Tyson might've done cocaine on your party boat, or how you're a shitty boss, or how you were involved in a scuzzy real estate deal in California.

In Connecticut, Linda McMahon is sorta showing that money can trump character issues, but Greene is a heroically bad candidate, character-wise. Lots of people enjoy professional wrestling. Mega-yacht trips to Cuba are a bit less populist.