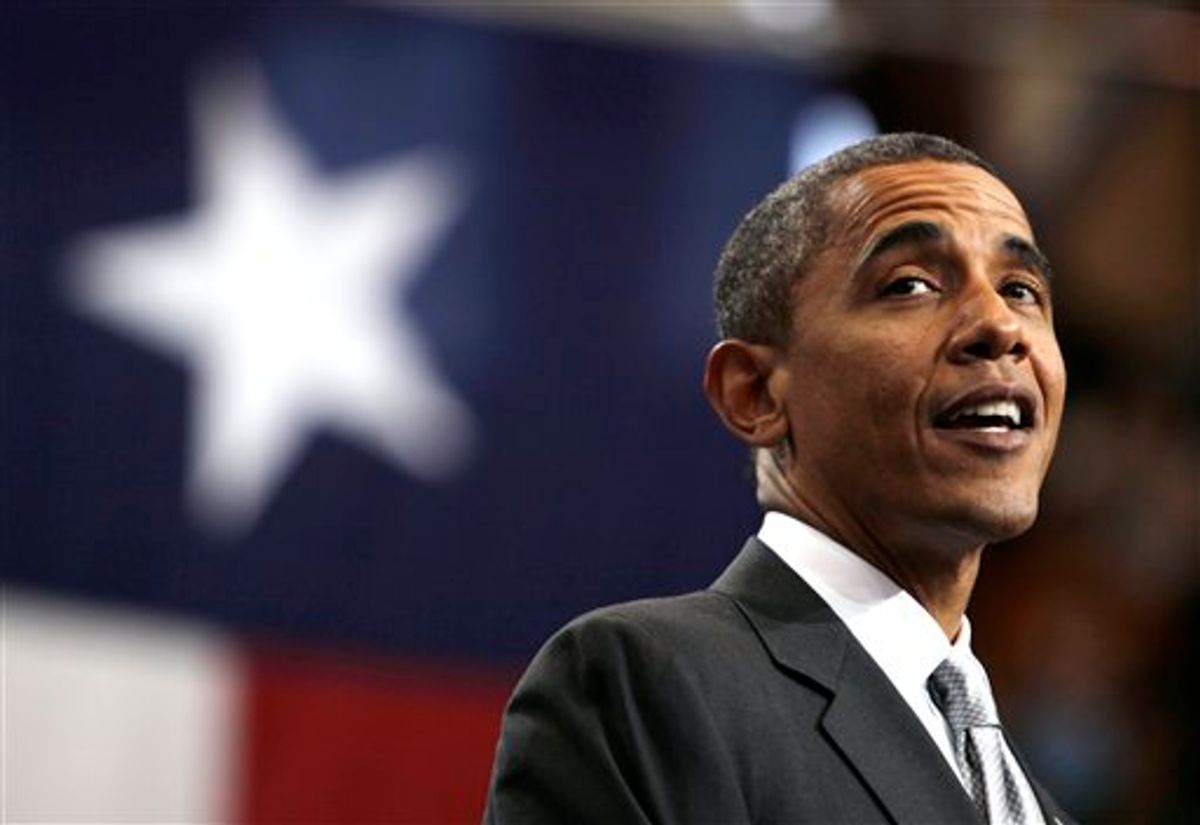 In Politico this morning, Ben Smith and Jonathan Martin write that while Barack Obama has been largely successful in avoiding the boomer-era culture war battles that plagued the Clinton presidency, he has managed to wade right into newer, weirder culture war battles about how he is a Socialist Muslim bent on the fundamental reshaping of the nation.

For while Obama has avoided single-issue fights on issues such as gays in the military and federal funding of abortions — angering parts of his base, in the process — he has, in the minds of conservatives, pushed a comprehensive agenda, and that is far more threatening.

"His worldview is dramatically different than any president, Republican or Democrat, we've had," said former Arkansas Gov. Mike Huckabee, a potential 2012 presidential candidate, who attributes conservative fear not just to Obama's effort to expand the federal government but to the president's overall governing philosophy.

The real problem, according to Huckabee, is that Obama "grew up more as a globalist than an American." Unlike all the other, truly American presidents, not counting FDR, who made frequent European trips as a child, Thomas Jefferson, who spent years in France, John Quincy Adams, who was schooled in France and the Netherlands, or Herbert Hoover, who as a young man was a mining engineer in Australia and China. Or, you know, any of the first seven presidents, who were all born British subjects.

But that aside, it's almost as if, in the absence of outrage over gays and fetuses, the organized right wing is just whipping up outrage over the fact that the president is a Democrat who supports Democratic policies!

Not that I'm saying that some substantial minority of Americans and even more substantial segment of the popular media refuses to recognize anyone besides right-wing Christian white Americans as truly American, but that is basically exactly what I'm saying and the insane response to a pragmatic moderate Democratic president has proved it.