Nation's foremost thinkers: It's Obama's fault that people think he's a Muslim (and also he technically is)

Can you blame the president for misinformation campaigns against him? Some notable conservatives find a way 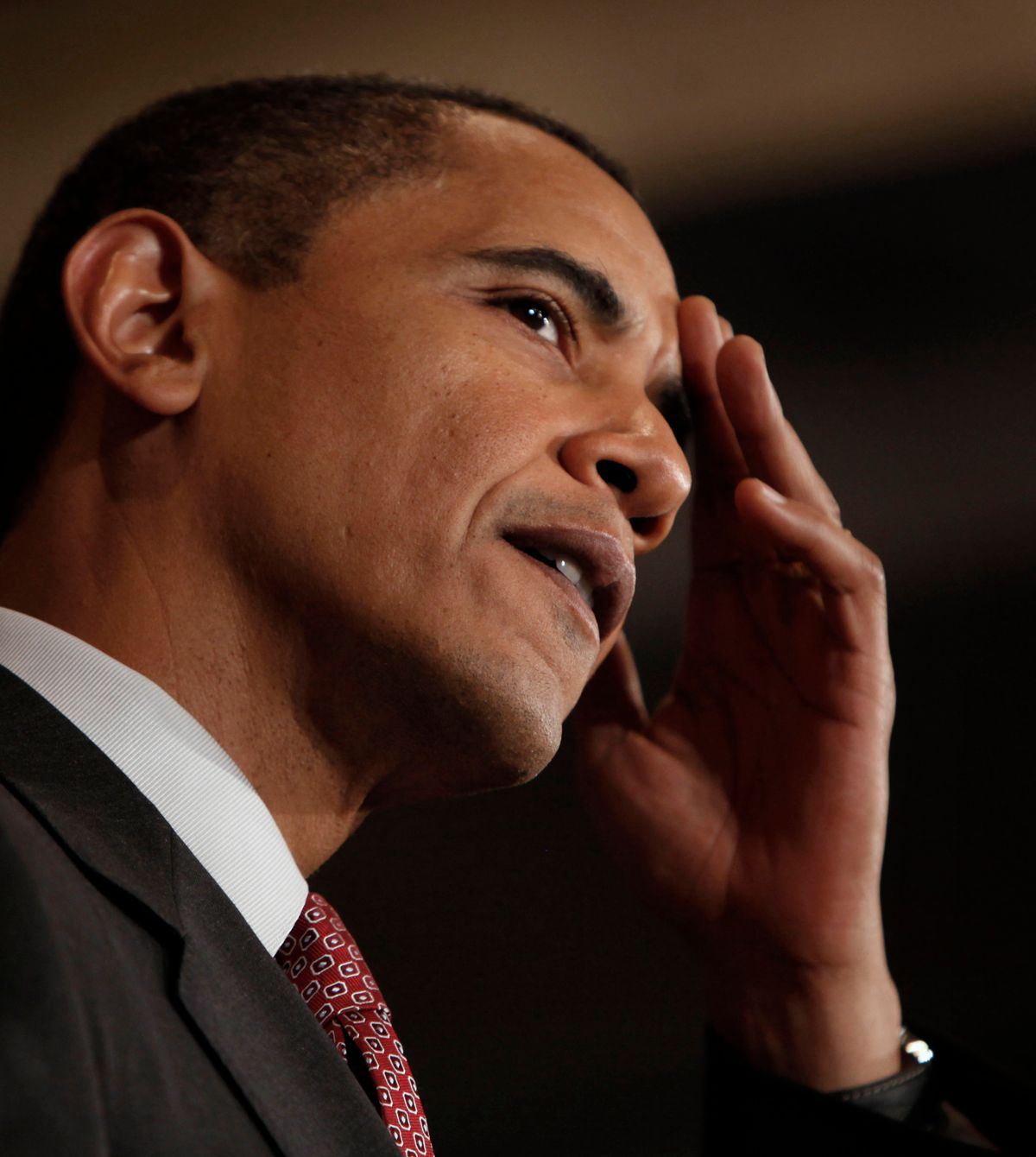 With the news that the number of people who think Barack Obama is a Muslim is actually on the rise, lots of people are wondering who, exactly, is responsible for the persistence of this misconception. Some blame irresponsible members of the right-wing media for tacitly encouraging or even outright stating the belief that Obama is un-American, and that his true sympathies lie with the "Muslim world." Others blame Obama himself. And still others claim that Obama technically is a Muslim, so Americans who think that aren't even wrong.

In the "it's Barack Obama's fault that he is lied about, constantly," camp is intrepid Washington Examiner political correspondent Byron York. In his piece today, headlined "Obama has himself to blame for Muslim problem," York lays out a compelling case: Obama admitted that his grandfather was a Muslim, in a barbershop, in 1985. Also, other members of his extended family were and are Muslims. And so therefore it is accurate to describe Obama as having "Muslim roots," which ABC News and USA Today -- both arms of the Obama administration -- said when Obama went to Cairo. And because people just sort of half-pay attention to the news, they took that to mean that the president is a Muslim. And that, friends, is why it is Obama's fault that people think he's a Muslim.

I'll admit it took me a minute to figure out what the hell York meant, here (Muslims play golf?), but he obviously is making a little joke about the fact that the president doesn't go to church every Sunday. You know, like Muslims. And the majority of Americans. And President Bush.

This is all the evidence York marshals to support his claim: That Obama is "reluctant to discuss his Muslim roots" except sometimes (when the media bring it up), and that he does not attend church every Sunday (even though there was a huge scandal during the campaign about the Christian church he did attend). But I am sure that everyone who sees this bold headline claim will read the piece carefully and come to their own conclusions.

Meanwhile, Billy Graham's son Franklin adds an interesting wrinkle to the debate: Maybe Obama is, as he claims, a Christian. But that doesn't mean that he isn't also technically a Muslim!

Graham, who has personally prayed to the Christian god with Obama, explained Obama's "secretly technically a Muslim" problem to CNN's John King USA:

Airtight logic. Obama was born to an atheist who was born a Muslim, and so therefore by the "no-backsies" patrilineal rules of Islam, he was a little baby Muslim, even if he didn't know it.

Where does this nonsense come from, exactly? Well, Graham's entire argument seems to have been cribbed from this hilarious New York Times op-ed from 2008, written by "Center for Strategic and International Studies" fellow Edward N. Luttwak. But I'd imagine that Fellow Luttwak got this clever-dick argument from someone else (possibly an email forward).

Luttwak's very serious and important and not-at-all completely moronic larger point, which was very sensible and totally deserved placement in the opinion section of the nation's most prominent and serious newspaper, was that electing Obama would be a disaster ... for our relations with the Muslim world, because in their eyes, he would be an apostate, on account of his technically being a Muslim baby who eventually converted to Christianity:

Because no government is likely to allow the prosecution of a President Obama — not even those of Iran and Saudi Arabia, the only two countries where Islamic religious courts dominate over secular law — another provision of Muslim law is perhaps more relevant: it prohibits punishment for any Muslim who kills any apostate, and effectively prohibits interference with such a killing.

At the very least, that would complicate the security planning of state visits by President Obama to Muslim countries, because the very act of protecting him would be sinful for Islamic security guards. More broadly, most citizens of the Islamic world would be horrified by the fact of Senator Obama’s conversion to Christianity once it became widely known — as it would, no doubt, should he win the White House. This would compromise the ability of governments in Muslim nations to cooperate with the United States in the fight against terrorism, as well as American efforts to export democracy and human rights abroad.

Thankfully, this dark future where everyone knows Barack Obama is a Christian never came to pass, because of the heroic work of people like Luttwak, Graham and York.