Scandal! Jonathan Franzen's "Freedom" isn't yet available for sale -- so how did the president end up with a copy? 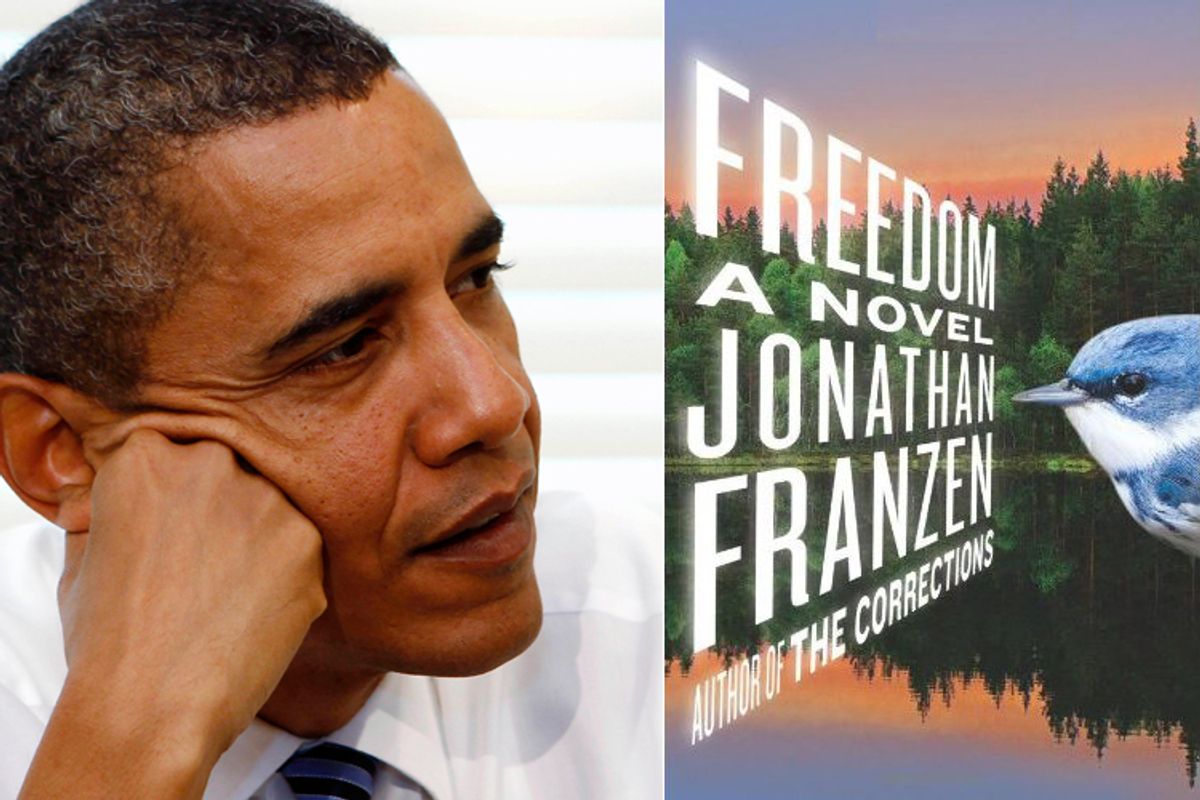 There's just one problem: The book may be an Updikean triumph that expertly limns the messy interior lives of a lost middle-class navigating a spiritually dead post-industrial America, but it's not available for purchase yet. And Obama didn't even pay for it.

According to Mark Knoller's Twitter, the nation's foremost source of Obama administration trivia:

Am told many bookstores furious at reports that Pres. Obama today "bought" a copy of "Freedom," the new Jonathan Franzen book.

The book is not supposed to go on sale until August 31st.

I checked with Bunch of Grapes Bookstore here in Vineyard Haven and was told they gave Obama a preview copy of "Freedom."

Such preview copies are referred to in the book trade as an "ARC" - an advanced reader's copy - to familiarize stores with upcoming books.

The store gave - not sold - Obama an "ARC" copy of "Freedom." The store says it doesn't have any publication copies for sale.

So unless you can persuade your bookstore to give you an "ARC," you have 11 days to wait to buy "Freedom."

Typical of this president to demand a pointy-headed handout, right? Real Americans work for a living, and then they don't use the money they make to buy a book referred to by New York Magazine's Sam Anderson as "a reminder... of the undeniable magic... of the old-timey literary novel."

Anyway, I am hoping that some right-wing crank, somewhere, attempts to make hay of some aspect of this story. Not just a snide one-liner at The Corner, but a full-blown attack on the legitimacy of his entire presidency, based on the fact that he received a smarty pants book for free. (You can do it, Byron York!)