The most extraordinary movie fan art 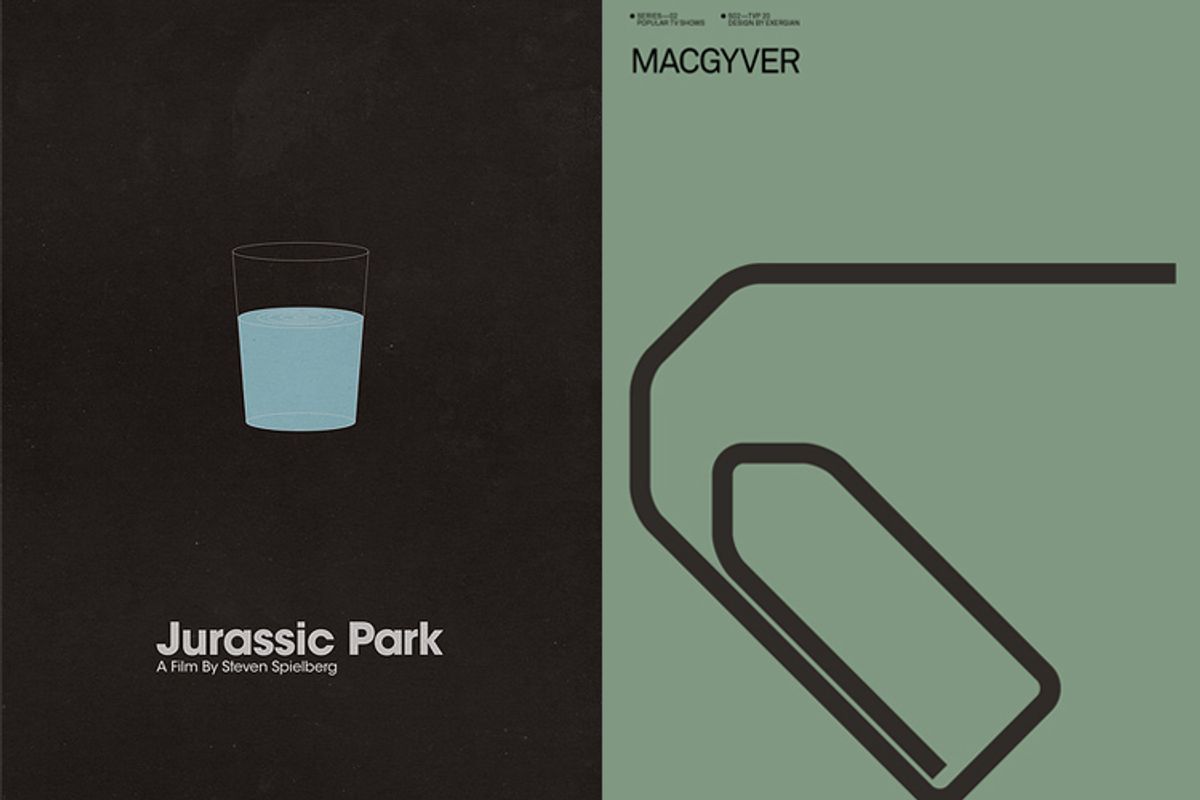 Just watching movies isn't enough for some people. They want to be a part of the movie, claim it, continue it. One vivid example of this is the phenomenon of homegrown fan art. It always existed, but it has become more widespread -- and more visible -- thanks to digital technology. Photoshop, Google, e-mail and social networking sites make it possible to devise an original piece of art inspired by a movie, hunt down the necessary information and raw material to create it, then post the result on a blog, upload it to Facebook or to a chat forum where like-minded buffs can see it, and perhaps answer it with their own versions.

Some of this stuff is purely amateur -- crude but endearing work that's personal, private and not intended to impress, much less sell, but merely to amuse. But there's a thriving subcategory that could be called "amateur professional art": work that's created by people with serious aesthetic and technical chops -- graphic artists, Web designers, filmmakers or former art students whose day job has nothing to do with movies. The purpose of the second kind of art is much the same as the first: to communicate enthusiasm for, and understanding of, favorite films and filmmakers, and perhaps indulge the fantasy of being the person who's paid to create the real thing: the posters and teaser sheets and DVD box art and tie-in book covers that you see in the marketplace. Both kinds of art are fed by movie love, the digital-age version.

The wealth of film information online has brought once-obscure aspects of the entertainment machine (namely marketing and promotion) out of cinephilia's margins, and moved it closer to the center of movie buff consciousness. If fantasy illustrator and poster artist Frank Frazetta had died 15 years ago, before the ubiquity of the Internet and online sci-fi/fantasy fan groups, would his loss have been so widely mourned, and his distinctive style so widely discussed? I doubt it. And before the Internet, the work of Drew Struzan, the illustrator of many blockbuster movie posters, might not have been considered well-known enough to warrant a feature-length documentary about his life and work ("The Man Behind the Poster," which premiered last month at ComicCon in San Diego).

While a lot of fan art is just a time-killing diversion, some of it is valuable because it situates P.R. material within a larger conversation about what, exactly, constitutes good design. If you believe, as so many entertainment conglomerates clearly do, that "good" art is whatever sells the product, then you have to applaud the "floating heads" style that has almost totally pushed out every other kind of movie art -- including ornate, hand-drawn illustrations like Struzan's and Frazetta's, and more abstract work by such designers as the late, great poster and credits master Saul Bass.

Thankfully, a lot of movie buffs reject that proposition. Their rebuttals sometimes take the form of playful, imaginative fan art, which just happens to be the topic of this slide show. Selections include two examples of movie poster parodies (one commissioned by a major studio, the other created by some random guy with a blog), plus numerous examples of "minimalist" movie poster art, a selection of hypothetical DVD covers, and some unclassifiable, rather bizarre work that's mainly about the contents of the artist's disordered mind. Let the show begin.

Matt Zoller Seitz is a Salon contributor and a Brooklyn, N.Y., filmmaker and critic. Follow him on Twitter.