Harbingers of violence in anti-mosque movement

The top organizer of the Sept. 11 rally against the "ground zero mosque" praises racist thugs in England 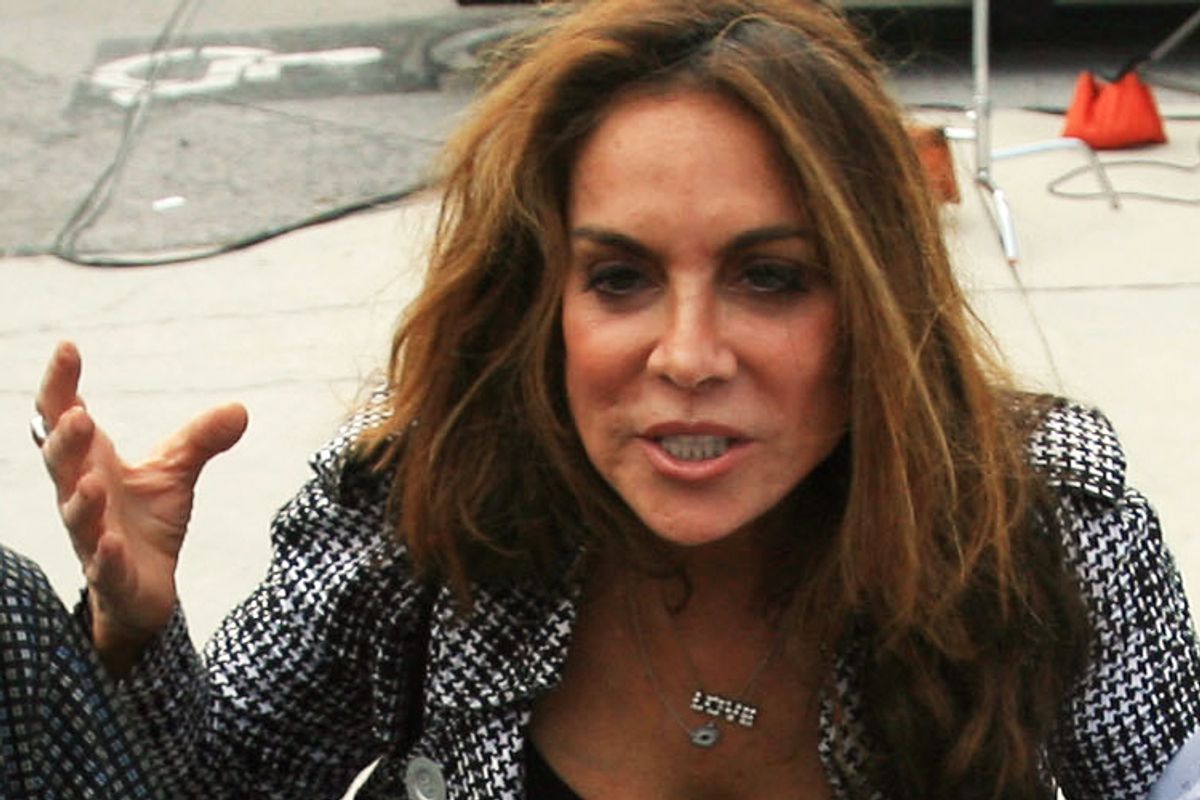 One of the chief organizers of the upcoming Sept. 11 "anti-mosque" rally at ground zero has denounced Sunday's protest, which nearly degenerated into a mob attack on an African-American carpenter, as "half-assed," "careless, unprepared, shooting from the hip and harmful to the cause of freedom and compassion" and an "ill-conceived botched mess."

Pamela Geller furiously rejects any responsibility for the threatening, racially charged tenor of yesterday's incident. But should anti-Muslim protesters here emulate her thuggish allies in the United Kingdom, nobody should be surprised when disorder and even bloodshed follow.

Geller has declared herself a proud supporter of the English Defence League, a far-right street movement that sprang up in the United Kingdom earlier this year to protest planned construction of mosques and to stoke fear of Islam more broadly. She isn't troubled by the EDL's shadowy leadership, nor by its connections with English fascist organizations and propensity for violence against bystanders, counter-protesters and the police. Last May she wrote:

Free people should support the English Defence League in its efforts to stand for England and the West against the belligerent invaders and Islamic imperialists.

The EDL is routinely smeared in the British media, as the Tea Party activists are smeared in the U.S. media. The corrupt, biased media defames any group, person, or organization standing against Islamic supremacism. They tar, feather, and destroy the good name of good people who stand for life, liberty, and individual rights. Libel and slander like "racist," "fascist," "bigot," etc. color every news report of every counter-jihad action. The quisling media is the propaganda arm of jihad. It's despicable. There is nothing racist, fascist, or bigoted about the EDL.

The brutal bigotry of the EDL and its leaders was thoroughly documented by the Guardian in an undercover investigation conducted over four months and published last May with copious video footage. The Guardian report includes the voice of an EDL leader boasting about what might happen when his followers overpower the police and confront counter-protesters. "If them barriers break one day and our lads get through," he said, "they will murder them all."

While laying siege to the city of Dudley last month -- in a successful effort to stop construction of a mosque there -- EDL hooligans stormed through town, smashing shop windows and vehicles and fighting riot police. The Birmingham Mail newspaper reported on July 19 that "violence flared as police attempted to get the [EDL] protesters back onto buses at the end of the demonstration, with EDL supporters throwing bricks and metal security fences at riot police.

None of this fazes Geller, who declared her support in July for a Jewish auxiliary of EDL (which was promptly denounced by mainstream Jewish leaders in the U.K.). "I am proud to announce the formation of the Jewish Division of the EDL," she wrote on July 18. "Righteous."

So much for the anti-mosque agitator's proclaimed devotion to nonviolence and human rights. What occurred last Sunday may be the harbinger of far worse to come.