A group of Muslim leaders visited Auschwitz and denounced anti-Semitism. The ADL explains why it opposed the trip 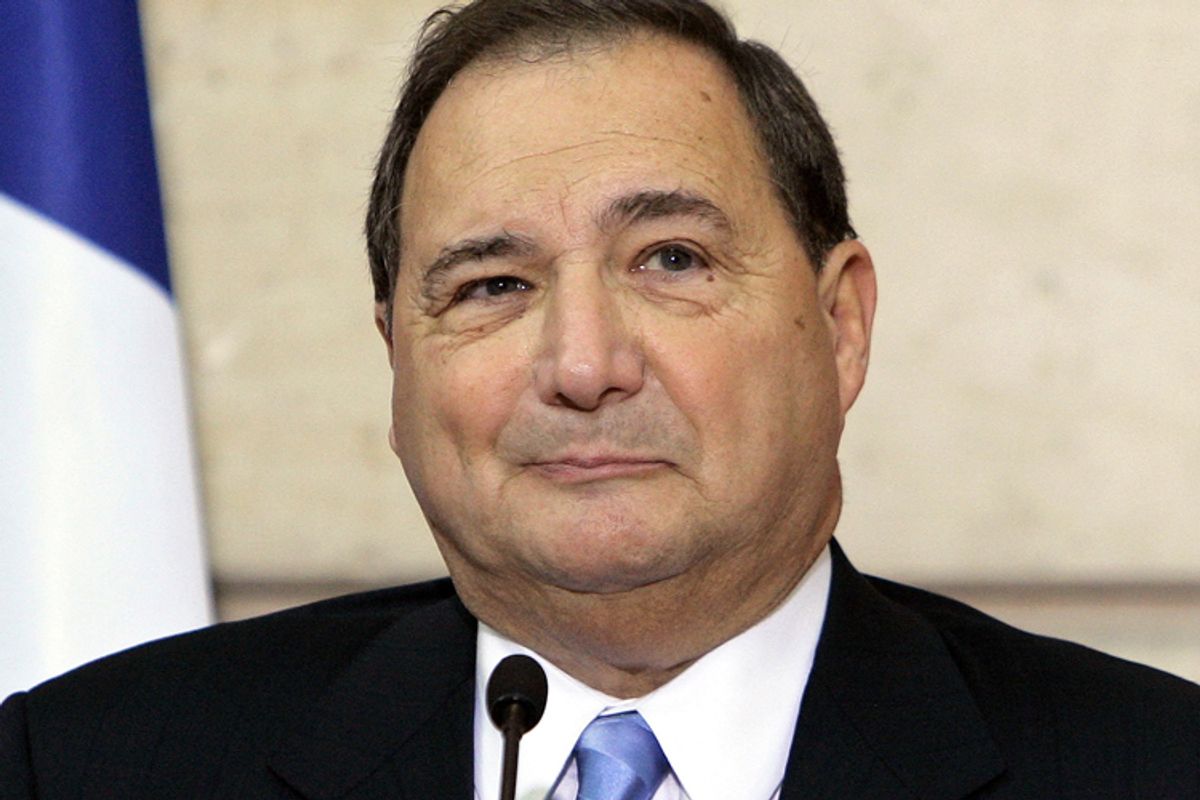 (UPDATED)Earlier this month eight American imams and Muslim leaders took a trip to the Dachau and Auschwitz concentration camps accompanied by the Obama Administration's envoy to combat anti-Semitism, Hannah Rosenthal, and its official representative to the Muslim world, Rashad Hussein. At the end of the emotional trip, the imams released a joint statement (.pdf) condemning Holocaust denial and anti-Semitism.

It all seemed like a perfectly good idea, which is why some were surprised that Abe Foxman, the head of the Anti-Defamation League -- which counts Holocaust education and battling anti-Semitisim as core missions -- actually lobbied against the participation of U.S. officials in the trip.

(The ADL  also came under intense criticism recently when Foxman spoke out against the proposed Islamic community center near ground zero.)

Foxman's opposition to the Auschwitz trip was first reported by Laura Rozen of Politico earlier this month:

Organizers of the trip say they were dismayed that the Anti-Defamation League’s Abe Foxman lobbied U.S. officials against participating. They also say the Investigative Project’s Steve Emerson, author of "American Jihad," lobbied against the trip, arguing that one of the imams planning to participate had made Holocaust denial statements a decade ago.

(UPDATE: Emerson disputes that he lobbied against the trip, saying that he only provided background material on some of the imams involved. See full note at the bottom of the Politico story.)

Foxman didn't respond to Rozen's requests for comment, but the ADL gave a statement to Salon today confirming that Foxman lobbied against the participation of the Obama officials.

"Mr. Foxman raised the question of the appropriateness of the State Department’s special envoy to monitor and combat anti-Semitism to accompany individually and privately sponsored trips," the statement says. "Given that there are many places in the world where anti-Semitism remains a problem, we believe that her leadership role in fighting anti-Semitism is best done government to government."

That refers to Rosenthal, the State Department official, whose grandparents were killed in the Holocaust. Given that the trip resulted in such a strong statement, in which Muslim leaders from around the U.S. publicly denounced anti-Semitism in the strongest terms, the trip organizers saw it as a major success.

One person familiar with the trip told Salon that Foxman called both Rosenthal and the White House to object. When it went forward anyway, he went beyond objecting to the participation of the U.S. officials and called a Polish rabbi who had a scheduled meeting with the imams and asked the rabbi not to see the group, the person said.

Below is the ADL's statement in full and the imams' statement below that:

Mr. Foxman and the Anti-Defamation League are not opposed to imams visiting Auschwitz. Indeed, we are delighted a group of imams recently visited two camps in which the Nazis implemented their final solution for the extermination of European Jewry. We are hopeful that through this experience the imams can now help educate Muslims in America and abroad about the horrors of the Holocaust, its lessons for today and the perniciousness of Holocaust denial

Mr. Foxman raised the question of the appropriateness of the State Department’s special envoy to monitor and combat anti-Semitism to accompany individually and privately sponsored trips. Given that there are many places in the world where anti-Semitism remains a problem, we believe that her leadership role in fighting anti-Semitism is best done government to government.

‘O you who believe, stand up firmly for justice as witnesses to Almighty God.” (Holy Qu’ran, al-Nisa “The Women” 4:135)

On August 7-11, 2010, we the undersigned Muslim American faith and community leaders visited Dachau and Auschwitz concentration camps where we witnessed firsthand the historical injustice of the Holocaust.

We met survivors who, several decades later, vividly and bravely shared their horrific experience of discrimination, suffering, and loss. We saw the many chilling places where men, women and children were systematically and brutally murdered by the millions because of their faith, race, disability and political affiliation.

In Islam, the destruction of one innocent life is like the destruction of the whole of humanity and the saving of one life is like the saving of the whole of humanity (Holy Qu’ran, al-Ma’idah “the Tablespread” 5:32). While entire communities perished by the many millions, we know that righteous Muslims from Bosnia, Turkey, Tunisia, Morocco, and Albania saved many Jews from brutal repression, torture and senseless destruction.

We bear witness to the absolute horror and tragedy of the Holocaust where over twelve million human souls perished, including six million Jews.

We condemn any attempts to deny this historical reality and declare such denials or any justification of this tragedy as against the Islamic code of ethics.

We condemn anti-Semitism in any form. No creation of Almighty God should face discrimination based on his or her faith or religious conviction.

We stand united as Muslim American faith and community leaders and recognize that we have a shared responsibility to continue to work together with leaders of all faiths and their communities to fight the dehumanization of all peoples based on their religion, race or ethnicity. With the disturbing rise of anti-Semitism, Islamophobia, and other forms of hatred, rhetoric and bigotry, now more than ever, people of faith must stand together for truth.

Together, we pledge to make real the commitment of “never again” and to stand united against injustice wherever it may be found in the world today.