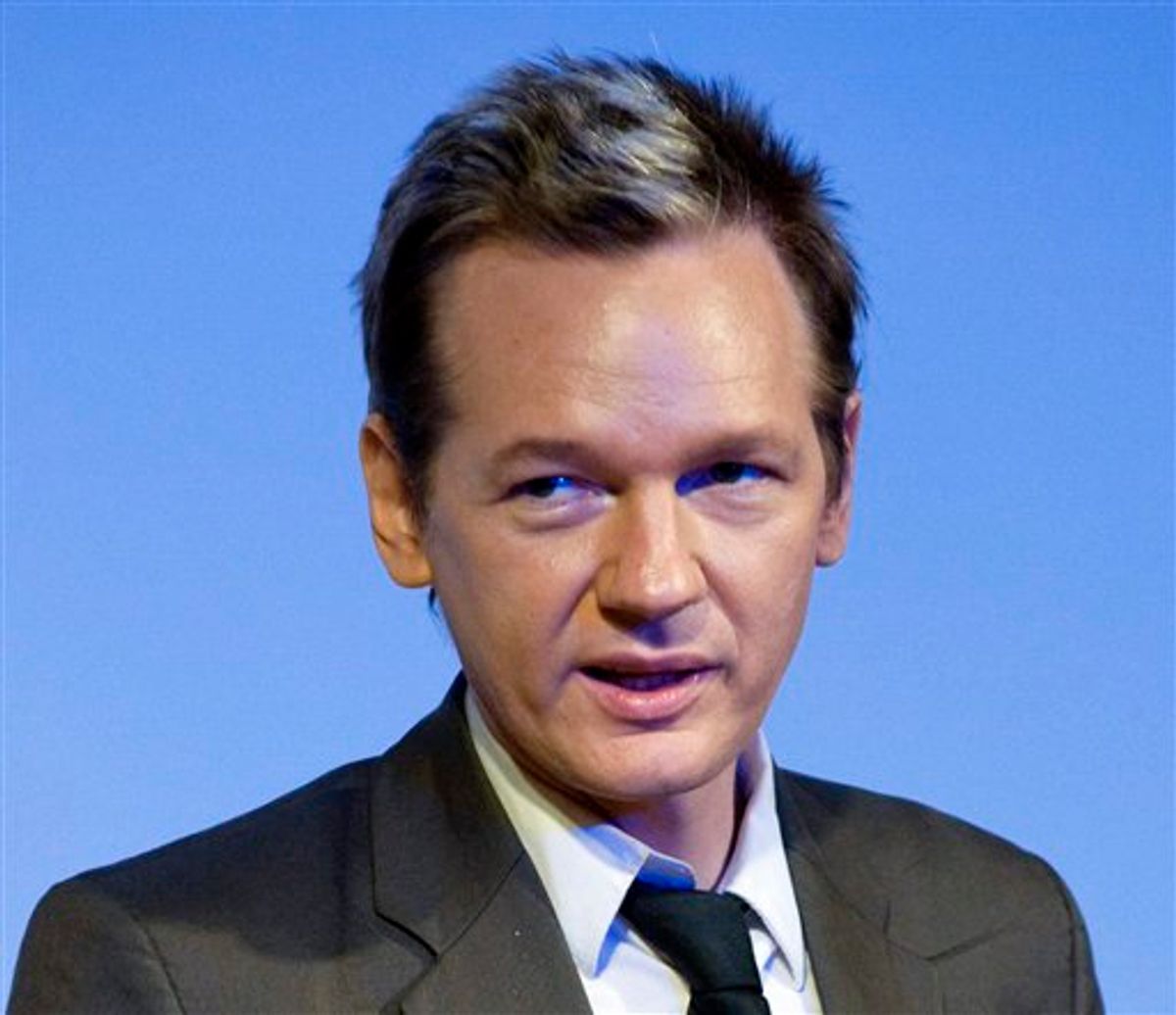 In case you missed seeing this bizarre story unfold over the weekend, a primer: Sweden's national prosecutor's office explained that "another prosecutor was responsible for the matter on Friday" when a warrant was issued for Assange's arrest. On Saturday, a senior prosecutor "took over, and new information came to light. When she looked into the matter, she found there was no reason" to suspect Assange's guilt, according to a spokesperson. Note, however, that Assange is still being investigated in a separate molestation case.

Assange has implied on Twitter that the allegations were payback for his part in WikiLeaks' publishing several tens of thousands of classified Afghan war documents: "We were warned to expect dirty tricks. Now we have the first one." His conspiracy theorizing was echoed by the likes of Gavin MacFadyen, director of the Center for Investigative Journalism, who told the New York Daily News, "A lot of us who had any notion of what he was doing expected this sort of thing to happen at least a week ago," said "I'm amazed it has taken this long to get it together." Meanwhile, Swedish newspaper Aftonbladet interviewed the woman who leveled the molestation claim: "The accusations against Assange are of course not orchestrated by the Pentagon or anybody else. Responsibility for what happened to myself and the other girl lies with a man who has a skewed attitude to women and a problem taking no for an answer."

This brings up countless questions -- most important: Why exactly was the rape accusation deemed legitimate enough to support a warrant for his arrest in the first place? Did Assange commit a crime that prosecutors simply can't prove with evidence or is he the innocent victim of a false rape accusation?

It certainly appears that the case was handled poorly, but there is a whole lot we still don't know. Here's what I do know: Regardless of the validity of the specific claims against Assange, high-profile prosecutorial reversals and fumbles like this are a disservice to victims of sexual assault. They help perpetuate a distorted sense of the frequency of false accusations and contribute to the view of rape claims as a tool used to manipulate and destroy men. Ultimately, cases like this discourage victims from coming forward and only make it harder for women with legitimate claims of sexual assault to be taken seriously by police, prosecutors and the general public.