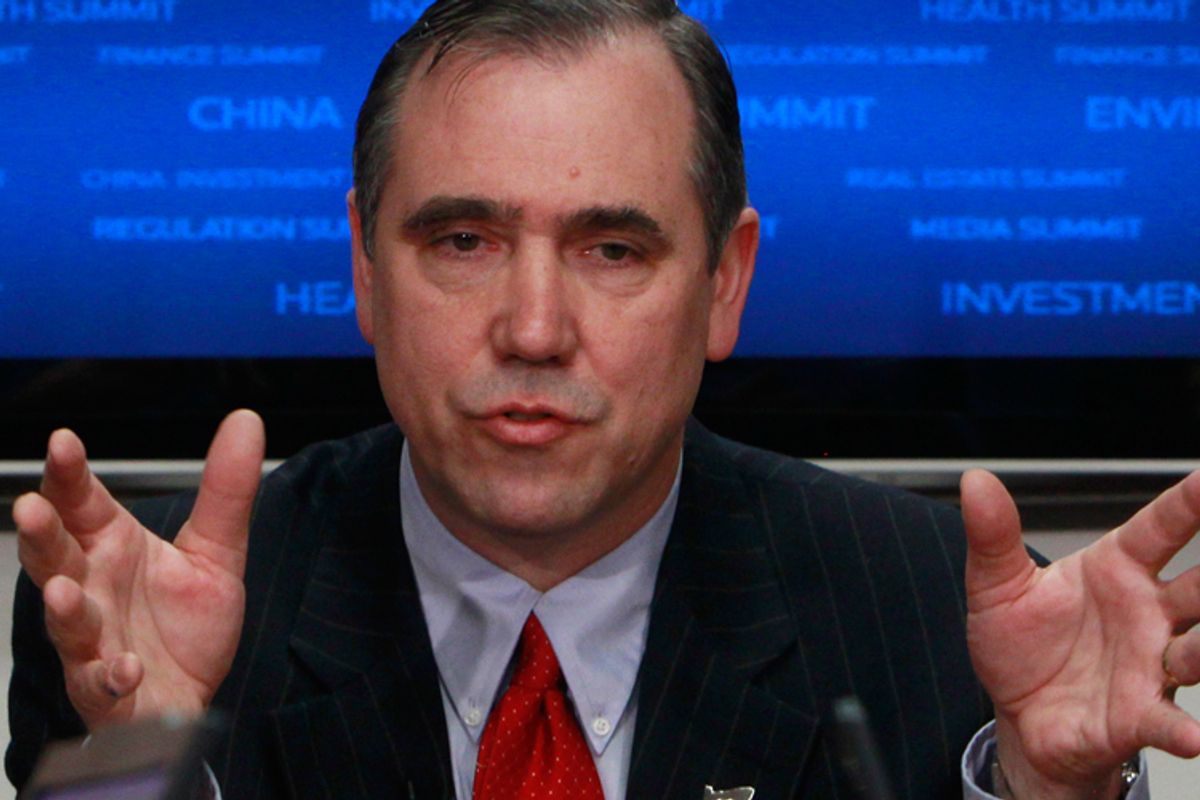 Jeff Merkley, the Democratic junior senator from Oregon, joins the list of heroes making the obvious and surprisingly rare case for the construction of an Islamic community center in lower Manhattan, a minor piece of New York real estate news that has become a depressing national debate on the apparent limits of our religious tolerance.

In The Oregonian, Merkley asks, "what makes a mosque near ground zero offensive?" He points out that the premise that a mosque near the World Trader Center site is insensitive makes sense only if we hold American Muslims in some way responsible for foreign terrorists.

There you have it, a junior senator from Oregon with more guts than almost every Democrat in New York. Senator Schumer, no one would mind if you cribbed from Merkley's argument for an editorial of your own. It would look especially nice in tomorrow's New York Post.