It's engineering and training, not miracles

Let's not forget that planes are designed with survivability in mind. But try telling that to CNN 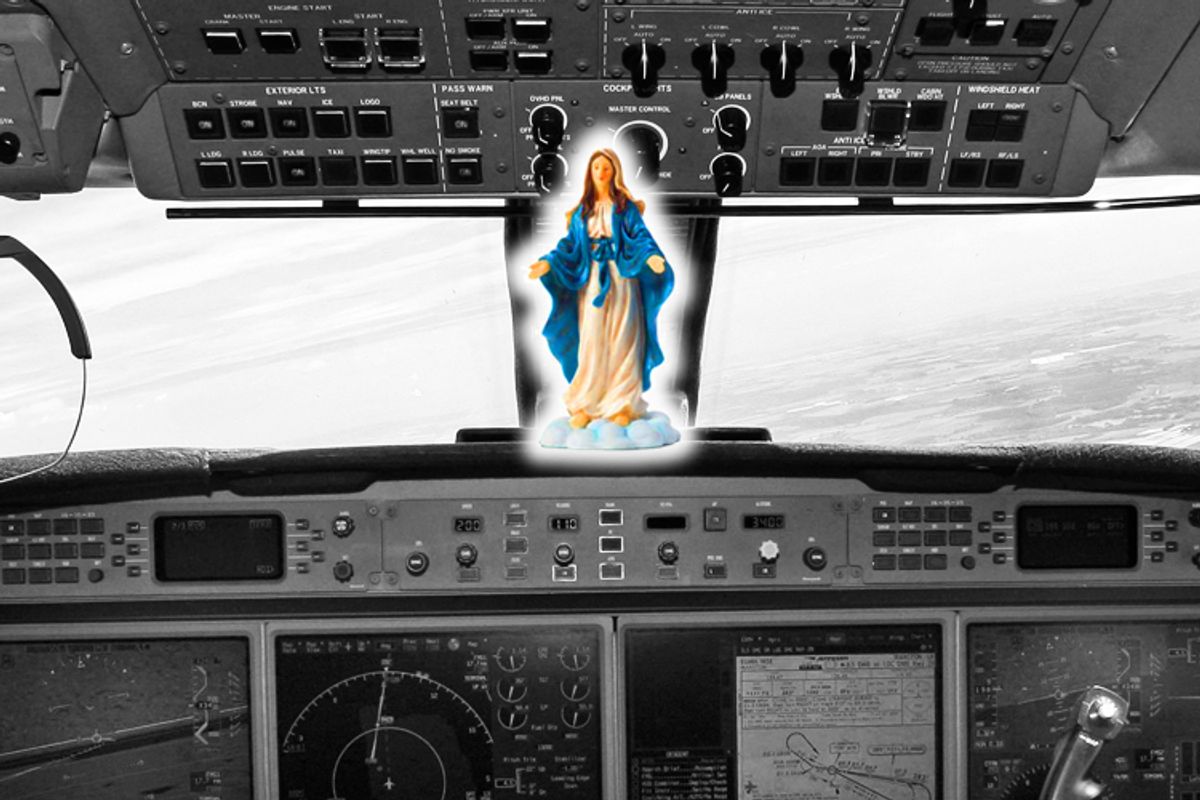 Wrapping up from last week's piece about the media's irritating and irresponsible use of the world "miracle" in describing survivable plane crashes ...

One point that I wish I had emphasized more strongly is that of the design of modern commercial planes. The latest-generation aircraft are constructed with survivability in mind, and are much safer than they used to be, thanks to things like greater fire resistance and seats that are able to withstand 16 times the force of gravity. Cabin crew training and evacuation protocols also have evolved. Together these improvements have likely saved thousands of lives over the past several years.

On the day my "miracle" piece ran, Alan Levin, over at USA Today, published a somewhat similar story, emphasizing the engineering aspects that have made certain accidents less lethal.

His article included this quote, from FAA deputy safety chief John Hickey: "I cringe when I see these headlines that this was a miracle. We as engineers and scientists don't believe that this is a miracle. We are totally convinced that the work that we did in the 1980s has proven its value."

Sure, but tell that to CNN.

Somewhere in here too is an important lesson for those passengers who scoff at the pre-takeoff safety briefing, and those flight attendants who themselves don't take it seriously. I am the first to admit those briefings are overstuffed with verbal fine-print, but if nothing else, know where the exits are and how to use them.

The "miracle" invocation isn't offensive only to those who devote their careers to air safety. It also undermines safety itself by inhibiting understanding and reinforcing people's irrational fears of flying.

Among those ruffled by this phenomenon is Joe Sharkey, "On the Road" columnist for the New York Times, who survived a midair collision between a corporate jet and a 737 over Brazil four years ago. (See here and here.)

"The miracle in the Amazon," says Sharkey in an e-mail. "It drove me nuts, because what saved my butt was the consummate skill of two pilots who kept that airplane flying for as long as they could, and then the dumb luck that suddenly showed up, in the form of an airstrip hidden in the jungle. As I pointed out to every media type who parroted the miracle line, if it was a 'miracle' that saved my life, what was it that doomed those 154 innocent men, women and children on the plane we collided with? No miracle for them, obviously."

To whit, here's a quote from Terry Pratchett:

"Whatever happens, they say afterwards, it must have been Fate. People are always a little confused about this, as they are in the case of miracles. When someone is saved from certain death by a strange concatenation of circumstances, they say that's a miracle. But of course if someone is killed by a freak chain of events -- the oil just spilled there, the safety fence just broke there -- that must also be a miracle. Just because it's not nice doesn't mean it's not miraculous."