The South African runner was cleared for competition last month, but that hasn't settled the debate over her gender 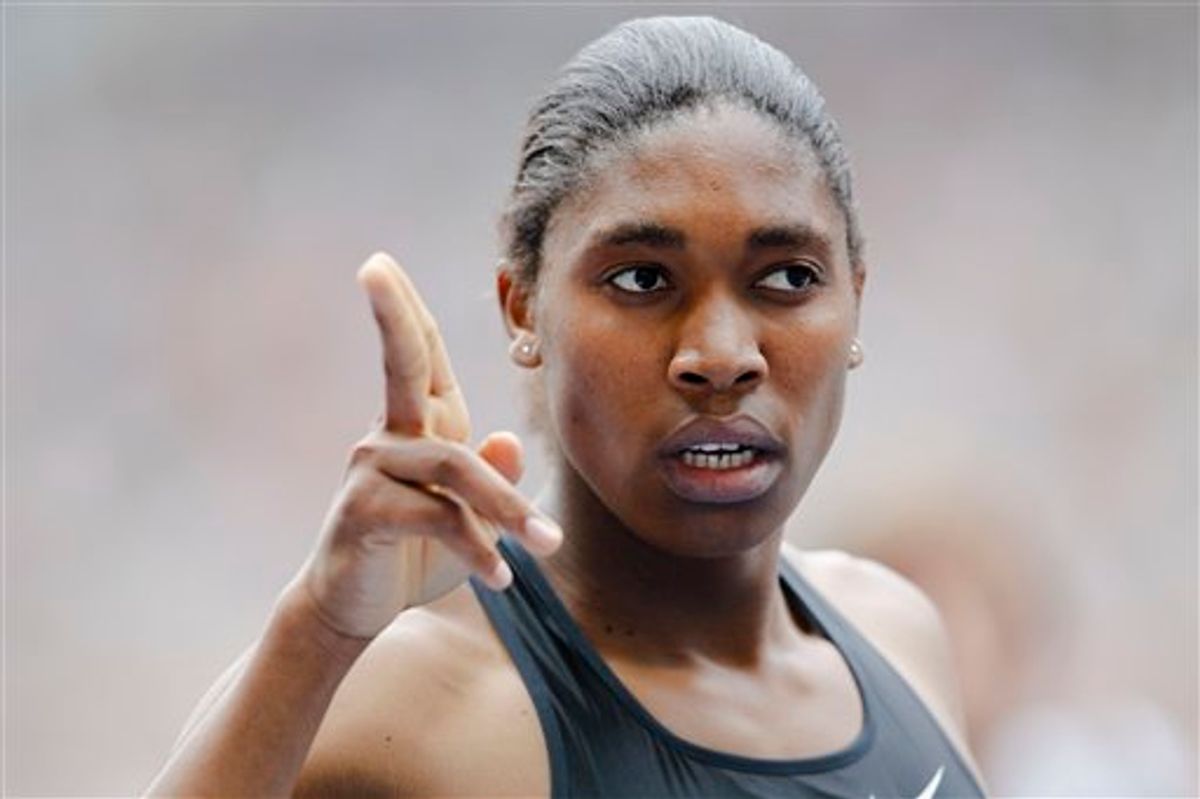 Caster Semenya of South Africa celebrates as she crosses the finish line to win the Women"s 800 meters during the ISTAF Athletics Meeting in Berlin, Sunday, Aug. 22, 2010. (AP Photo/Markus Schreiber) (AP)
--

After 11-months of international scrutiny, Caster Semenya was officially cleared last month to compete as a woman -- but it seems the South African runner's metaphorical marathon is far from over. You didn't think the debate over her sex would be settled once the I.A.A.F. issued its ruling, did you? (Yes? Aw, your naive optimism is cute. No? Wise cynic, teach me your ways.) The New York Times reports today on Semenya's Sunday win in the women's 800 meters and quotes a couple competitors who haven't exactly been put at ease by the I.A.A.F.'s verdict.

Britain's Jemma Simpson acknowledged that "it's obviously a human rights issue," but quickly added that "human rights affect everyone in the race, not just one person." Simpson, who placed fourth during Sunday's race, went on to say: "I think every competitor has got to be considered in this kind of thing, and it's just like, maybe for the spectators it's fair, but we spend our whole lives trying to do this. We train hard, and it can just be taken away from you."

We have levels that we are not allowed to test over, so even if she’s a female, she's on the very fringe of the normal female athlete biological composition from what I understand in terms of hormone testing. So from that perspective I think most of us sort of just feel like literally we are running against a man because what we know to be female is a certain testosterone level. And if that isn't the case, they need to change everything.

Well, yeah. Even before the I.A.A.F's official verdict was delivered, it was apparent that this approach wouldn't settle a thing: Ariel Levy's exhaustive New Yorker article made clear that there is no medical consensus on how to accurately conduct a sex test. Semenya, and others who call into question "the way we've organized our entire world," as Levy put it, will continue to be poked and prodded, literally and otherwise. This issue simply isn't going away -- not for Semenya and not for the exceptional female athletes that will inevitably come after her.