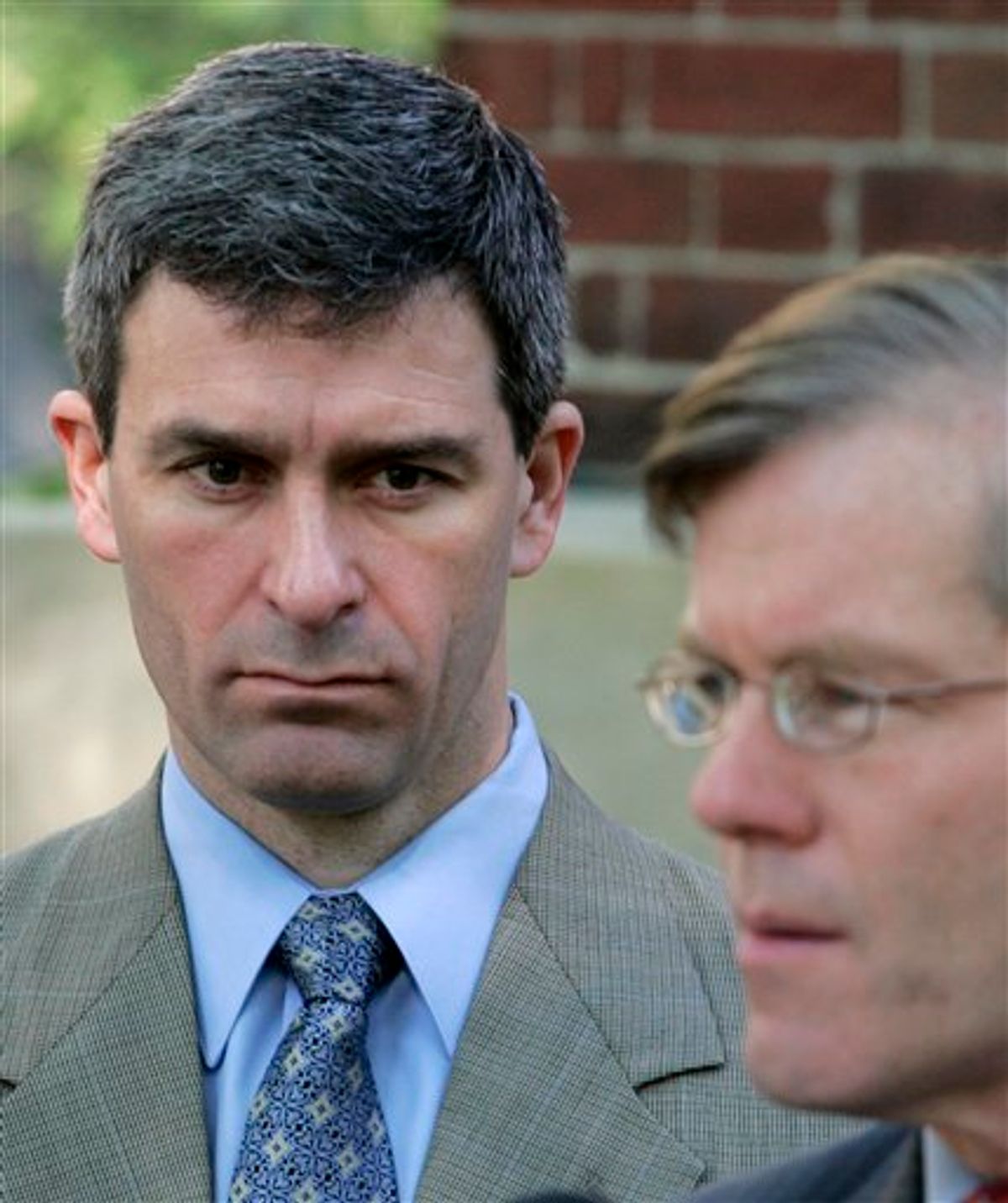 Virginia Attorney General Ken Cuccinelli, left, listens as Gov. Bob McDonnell speaks during a ceremony on Friday, April 16, 2010 at the Capitol in Richmond, Va., marking the third anniversary of the shootings at Virginia Tech, where 32 people plus the shooter died. (AP Photo/Steve Helber) (AP)
--

Virginia Attorney General Ken Cuccinelli believes the state has the authority to crack down on clinics that perform abortions. In a legal opinion issued Monday, he paved the way for the state to hold first-trimester abortion providers to the same standards as hospitals (which handle terminations after that point). Now it's up to the Board of Health to decide how to respond to his invitation. The man who prompted the opinion, Del. Robert G. Marshall, celebrated the news: "We should do everything possible to ensure that every woman's life and health and their future pregnancies are protected by the Commonwealth of Virginia."

From whence this concern over women's safety? It isn't because there is any actual evidence showing that abortion clinics are dangerous, if that's what you're so logically thinking. As Monica Potts points out at TAPPED, "Fewer than 0.3 percent [of women obtaining abortions in the U.S.] experience complications, and studies have repeatedly found no health effects, according to the Guttmacher Institute."

That's the thing: This isn't about women's rights at all, it's about restricting access to abortion by imposing bureaucratic and financial hardships on clinics. Pro-choice advocates say that if the board follows Cuccinelli's lead, "the regulations could prompt the shutdown of 17 of the state's 21 clinics performing abortions," the Washington Post reports. The great irony here is that by making it more difficult to access early abortions, the state would actually be putting women in greater danger. The farther along the pregnancy, the greater the risk of abortion-related death.