Will a GOP House be a plus for President Obama? And can Joe Scarborough be president? 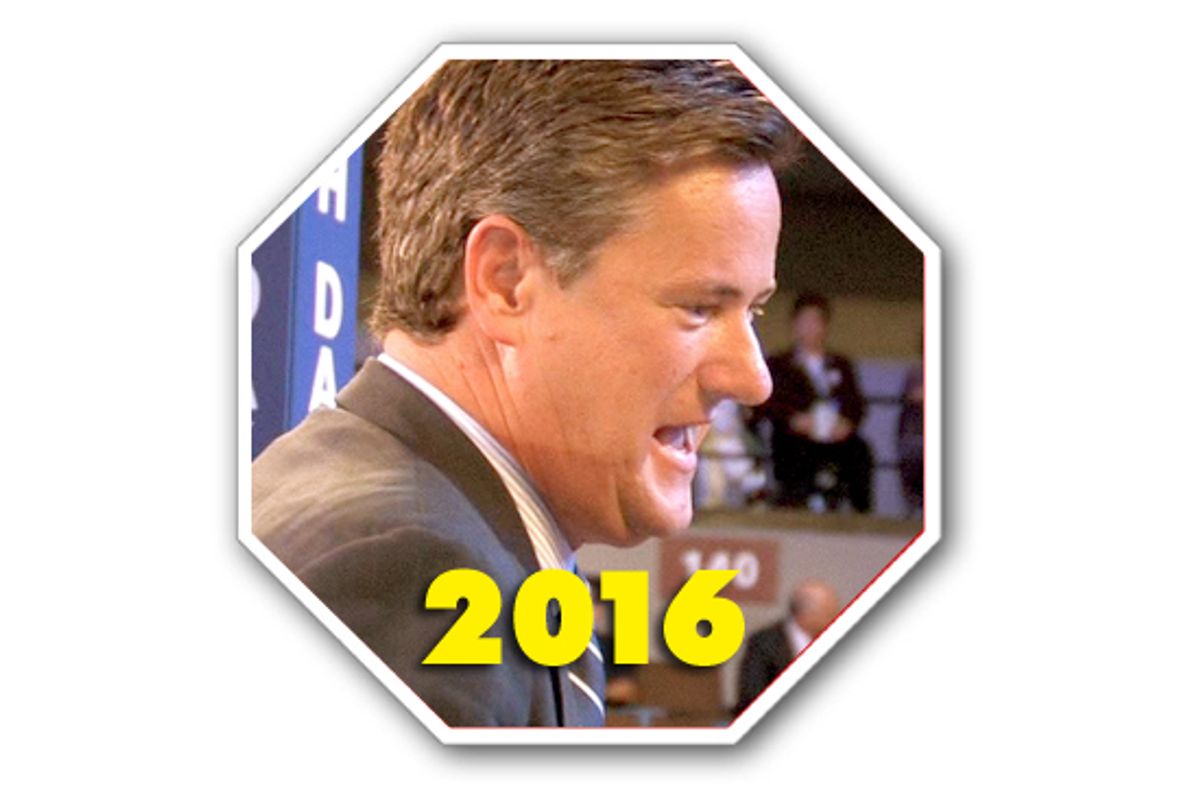 First, would it be good for Obama if the GOP takes the House? This is the kind of counterintuitive argument that political analysts love! Chuck Todd thinks a GOP House means Obama gets to "stand above" stupid politics. Ambinder seems to think that the House GOP won't have the stomach for politically damaging endless investigations and subpoenas from Darryl Issa: "With promises to repeal this and promises to investigative that, the GOP house will run the risk of being seen as spitball-throwing children." (They, uh, they did impeach the last Democratic president.)

Todd seems to think that Obama will be "the guy who brokers consensus-building agreements," while Ambinder just says that Congress can't affect the economy anyway so putting the GOP in charge of one house won't make a difference.

In the second piece, Ambinder asks if Joe Scarborough, "co-host of MSNBC's agenda-setting wake-up show Morning Joe," will run for president, which, Jesus, Marc, get the hell out of Washington for a while.

No, seriously, the whole thing is madness. ("ESPN's soccer analysts have noticed this, remarking on how insightful his soccer analysis is.")