Turning to Daddy for help: A Quayle tradition

At a pivotal moment in his political career, young Ben Quayle calls in his father 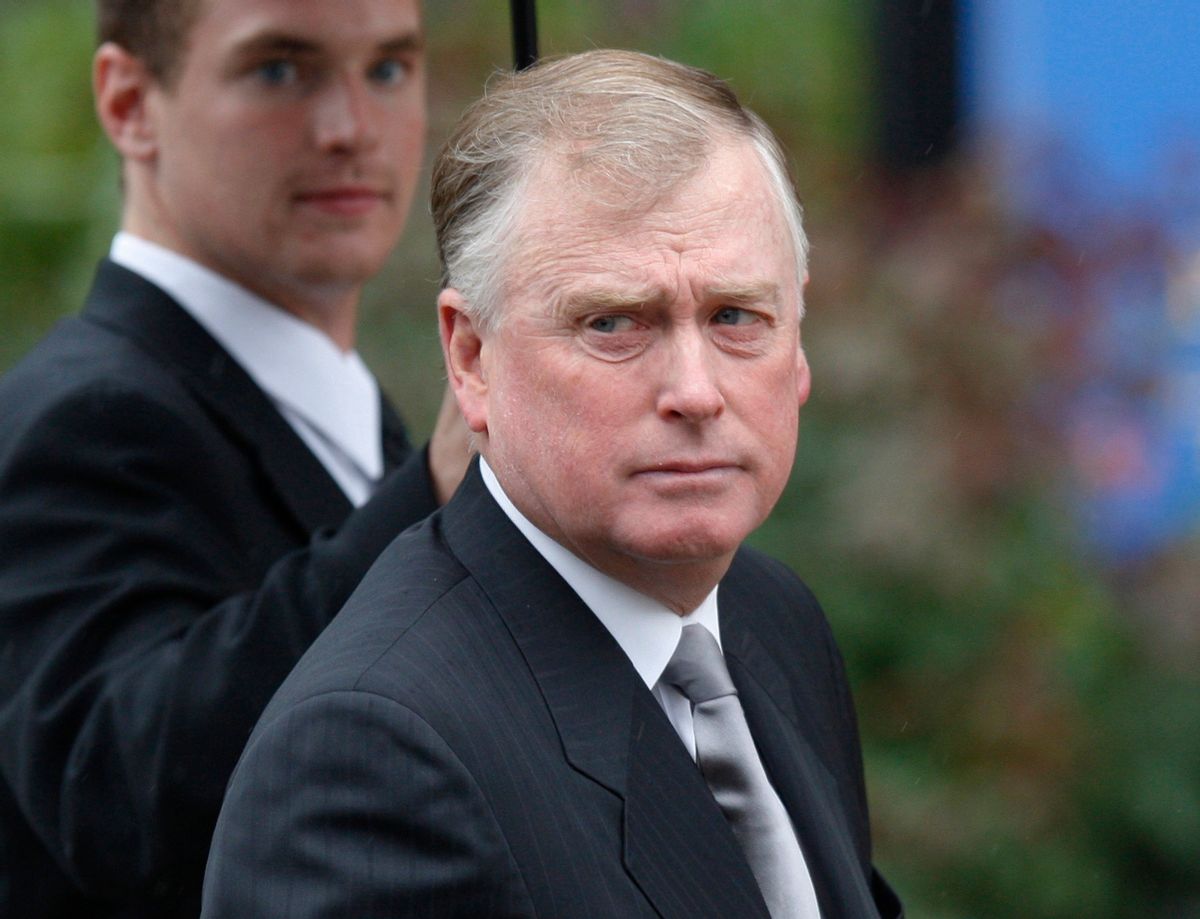 It's been a rough few weeks for Ben Quayle. The former vice-president's son, one of 10  Republicans vying to succeed retiring Rep. John Shadegg, has been caught up in allegations that he helped launch a raunchy website and widely mocked for a bizarre,  borderline creepy television ad.

And so, with Republican voters in Arizona's 3rd District set to render their verdict today, Quayle has enlisted his father, who dispatched a last-minute e-mail pleading his son's case. The ex-V.P., according to Politico, writes that he could no longer stay silent "in good conscience" and slams Steve Moak -- a Quayle rival who has played up DirtyScottsdale.com founder Nik Richie's claims that Ben Quayle helped him -- for promoting "a vicious smear."

"I took my fair share of outrageous slams in politics but Steve Moak's vicious smear against my son is over the top and unprecedented," Quayle says in the e-mail. "I have never in my 35 years of politics seen such an ugly, slanderous assault in the closing days of a campaign against a fellow Republican."

I'm not sure if Quayle's intervention will help, but there is some irony here: Just like Ben Quayle today, Dan Quayle leaned on his father's name and connections to get his career started. When Dan Quayle, then just 40 years old, was tapped as George H.W. Bush's running mate in 1988, the Los Angeles Times summed up his rise thusly:

During Danny Quayle's first semester at DePauw University, a professor rejected one of his papers because it assumed that Alger Hiss was guilty. Danny called his father. His father told him to resubmit the paper the way it was. If they won't take it, he said, "we'll find you another college."

In the summer of Danny's junior year at DePauw, he wanted to work for Richard M. Nixon. Again, he called his father. His father spoke to Richard G. Kleindienst, who would someday become Nixon's attorney general. That summer, Danny Quayle chauffeured Nixon campaign officials around Miami at the Republican National Convention.

A year later, Danny was about to become eligible for the draft. War raged in Vietnam. Once more, he called his father. His father talked to at least one family employee who was a general in the Indiana National Guard. After half a year of active duty in North Carolina and Maryland, Danny Quayle spent his hitch putting out news summaries, press releases and a magazine called the Indiana National Guardsman.

Nineteen years later, Sen. James Danforth Quayle III is the Republican nominee for vice president of the United States. "Life has been very good to me," he says. "I never had to worry about where I was going to go."

Granted, it's only normal for a father to try to boost his son's (or daughter's) career. But as Politico noted, much of the massive campaign war chest that Ben Quayle has assembled ($1.3 million -- more than twice his nearest foe) has come through his father's connections. In other words, it's only too easy to see him as a pampered son of privilege -- just as it was with his father 22 years ago.