The housing market has not yet hit bottom 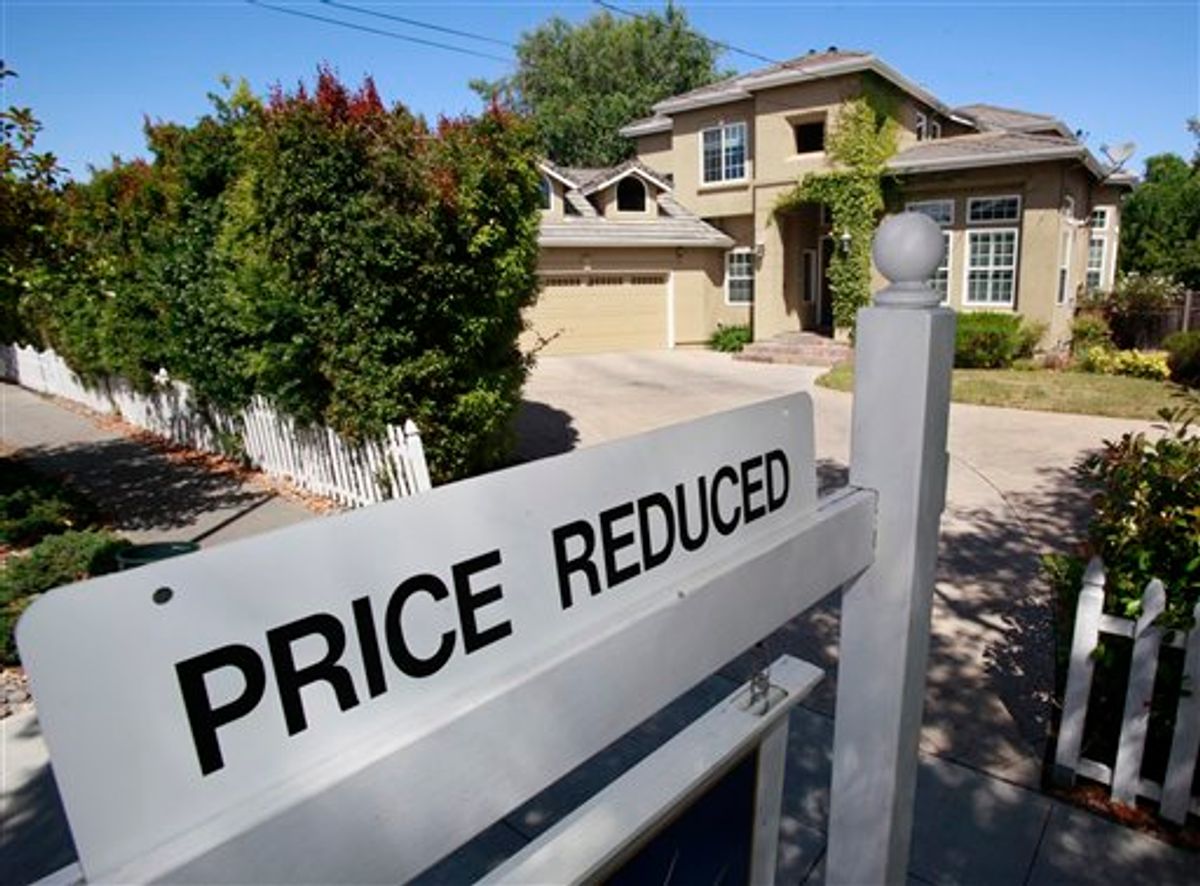 A home for sale is posted at a reduced price in Palo Alto, Calif., Thursday, June 24, 2010. Mortgage rates fell this week to the lowest level on record, giving consumers added incentive to lock in low payments for home purchases and refinanced loans. (AP Photo/Paul Sakuma) (AP)
--

No matter how you look at them, the new numbers on existing home sales released by the National Association of Realtors on Tuesday are terrible. Compared to a year ago, sales fell 25.5 percent, down to an annual rate of 3.83 million per year -- the lowest such rate in 15 years. The amount of time it would normally take to sell off the inventory of currently unsold homes jumped from 8.9 months to a disastrous 12.5.

Although the extent of the damage was much worse than the consensus opinion of economists surveyed by various media publications, the pathetic performance of the housing sector did not come as a surprise to the most perspicacious analysts. The expiration of a hefty federal home purchase tax credit at the end of April has finally worked its way through the system.

We now have two examples of federal efforts to juice the economy -- the Cash for Clunkers program and the home purchase tax credit -- that spurred temporary bursts of activity before fizzling out without creating sustained ongoing momentum. Predictions that both programs would "steal" sales from the future have proven true.

"To have a full recovery in the housing sector we need a full recovery in the job market," Scott Brown, chief economist at Raymond James & Associates Inc. in St. Petersburg, Florida, said before the report. "The low mortgage rates normally would help quite a lot but we really need to see the job growth pick up for housing to improve."

At this point, it's hard to avoid the conclusion that the economy would have been better off if the federal government had taken the funds used to subsidize Cash for Clunkers and the tax credit in a more direct effort to create jobs. Or at the very least, handed it over to state governments struggling to make public sector payrolls. HTWW can think of one very obvious make-work program that would kill two birds with one stone: hiring currently unemployed workers to dismantle currently unoccupied McMansions.