Karen Hughes doesn't remember Park51 organizer, would like him to move "mosque" 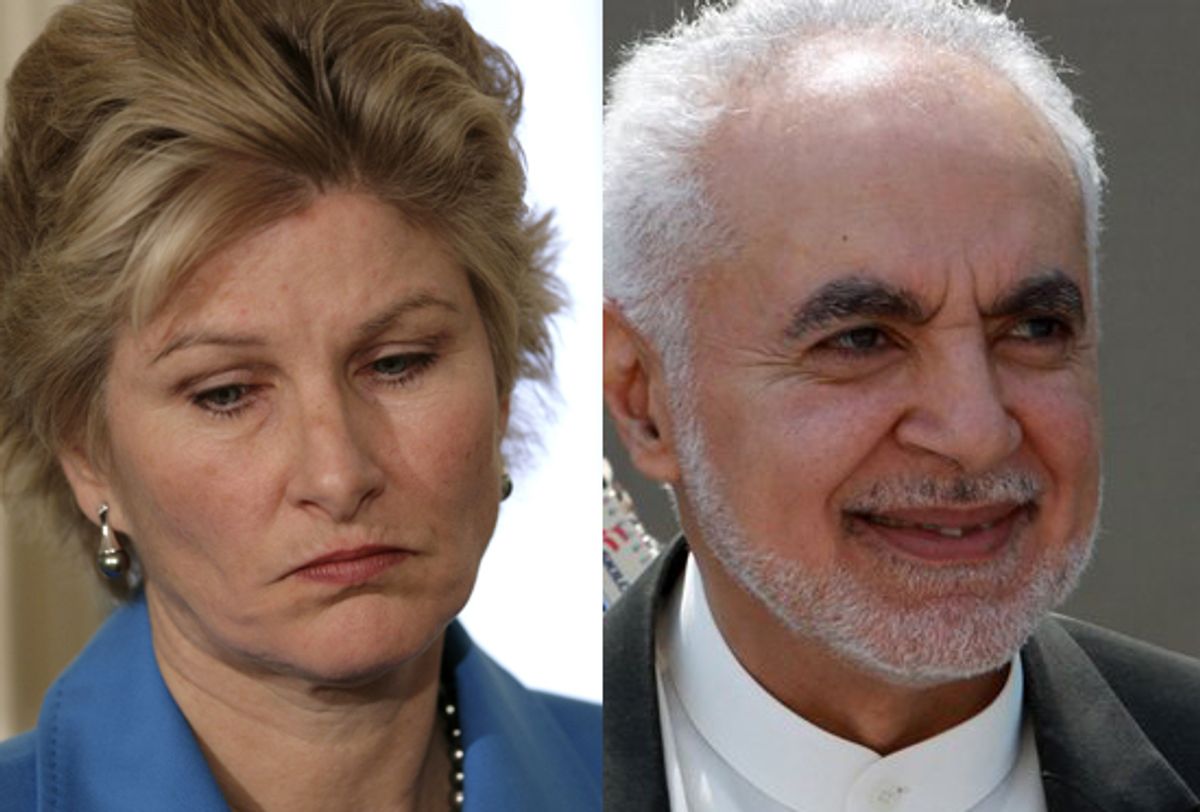 As Republicans attack progressive Imam Feisal Abdul Rauf as an America-hating, terrorist-sympathizing secret extremist, folks who aren't currently engaged in exploiting bigotry for profit often point out that Rauf did outreach work for George W. Bush's State Department, working directly with Bush senior advisor Karen Hughes, who was, at the time, the undersecretary of state for public diplomacy. But it turns out that the people smearing Rauf do not care! Including, it turns out, Ms. Hughes, who claims to not even remember the guy.

Hughes officially came out against the Park51 project in lower Manhattan over the weekend. She says that while Rauf and his congregation obviously have the right to build their mosque that is not actually a mosque in the building where it's been approved for construction, it would be "a powerful example" if they decided to give in to popular hysteria whipped up by Islamophobes and move their community center, voluntarily, to somewhere else (not Staten Island).

Hughes does not mention that she knows Rauf, in her Op-Ed. Perhaps because, as Hughes told Greg Sargent a while back, she doesn't (or is claiming not to) remember him. "I met with many Christian, Jewish and Muslim leaders and attended numerous events and conferences across the world and it's entirely possible he was at some of those, but I don't have specific recollections of that."

Well, it's not "entirely possible," it is actually just a fact that Hughes and Rauf have hung out together, doin' some outreach, whether Hughes remembers or not.

Anyway, Hughes has now defined the moderate Republican response to this idiotic debacle, and everyone wishing for the responsible GOP grown-ups of the Bush era should be very happy that they dragged Hughes into this debate.