Twisty ABC series gets the collector's edition treatment and someone pays over $47,000 for a VW bus from the show 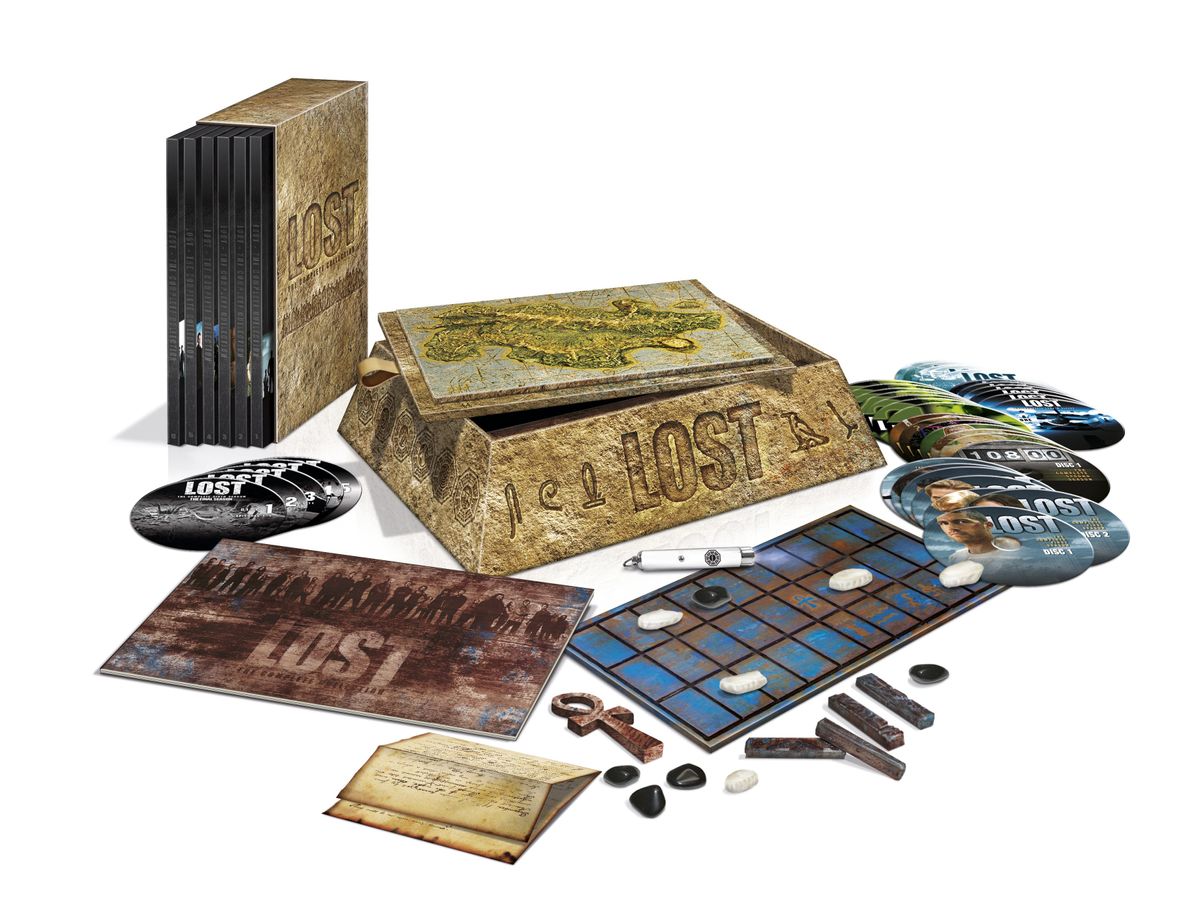 For those of us (full disclosure: I'm a "Lost" fanatic) ready and willing to pay about $200 for a TV show on DVD, ABC's rule-breaking, time-traveling, genre-bending series "Lost" is out today with a deluxe box set sure to make our heads explode. Mysteries we still want unraveled? Check. Handheld blacklight and embedded secret codes in the packaging? Check. 12 minutes of unseen footage featuring Ben and Hurley running the Island? Check, double check. All six seasons plus a zillion extras are featured in the hieroglyphically decorated box, and the Internet has been crawling with people trying to unravel some of the show's more confusing paradoxes. Cinema Blend even gives us a handy breakdown of the 15 best bonus features.

Meanwhile, Profiles in History held a "Lost" prop auction over the weekend, with a portion of the proceeds going to charities in Hawaii (where the show was filmed). Everything from a Dharma Initiative VW bus to Jack's "death costume" and two cases of Virgin Mary statues (heroin not included) got put on the block. USA Today has a good set of pictures from the event, during which the VW bus pulled in $47,500 -- over twice as much as Hurley's vintage Camaro. The L.A. Times had a preview video of all the cool stuff, too, and there was quite the nerd-revolt over exactly which version of Claire's squirrel baby was going to be auctioned.

And if the preceding two paragraphs made zero sense to you, then just Netflix the show first, and give yourself over to the crazy.

One of the best scenes in "Lost" history features Miles and Hurley trying to grasp the castaways' time travel: