An attack that reeks of the Taliban hospitalizes students, and serves as yet another disturbing reality check 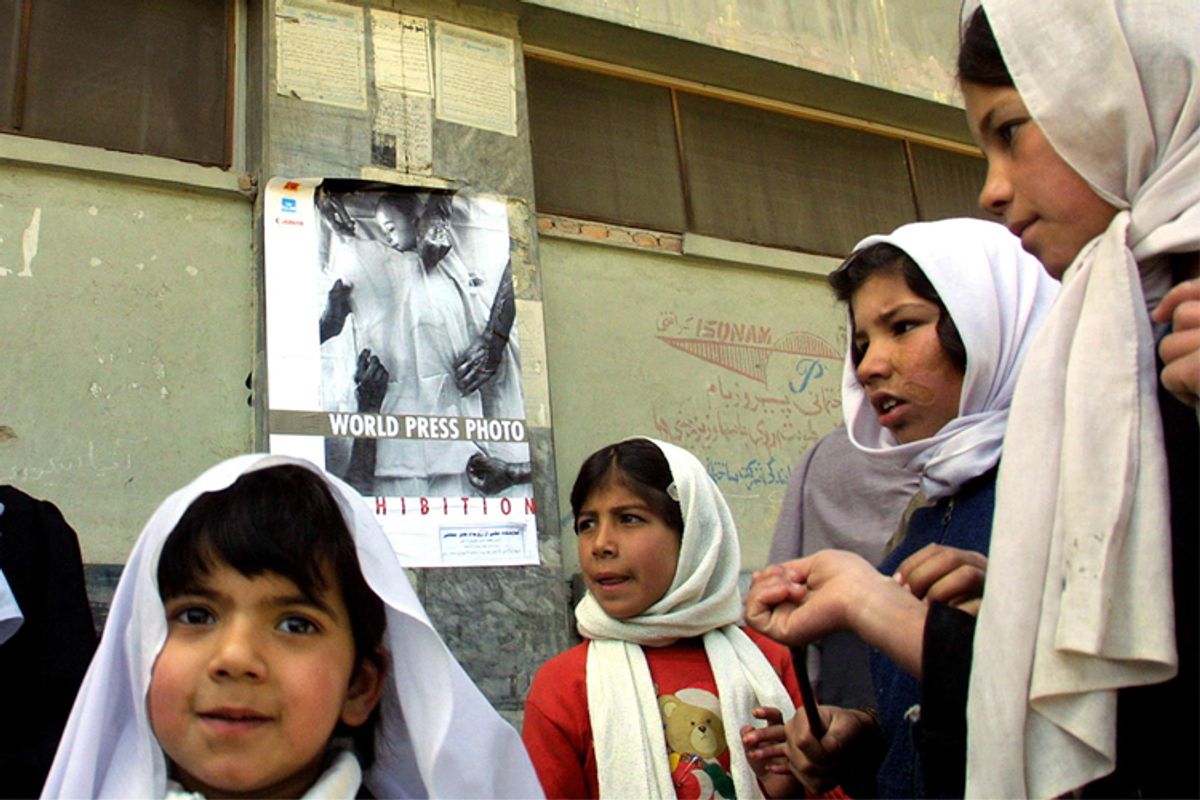 A dozen Afghan students and teachers were poisoned with gas at a girls' school in Kabul on Wednesday. The attack, which is similar to previous ones blamed on the Taliban, landed 73 victims in the hospital, according to UPI, but all have recovered. My first response to this news speaks volumes about the current state of things in Afghanistan: Thank god it wasn't acid.

This brings to mind something President Hamid Karzai recently told a reporter when discussing the possibility that peace with the Taliban might mean women's rights will be compromised: "If you had to choose between saving a girl's life or enabling her to go to school, which would you do first?" It's a rhetorical question, his point being that it's better to reconcile with the Taliban in order to save girls' lives than to continue fighting to protect a girl's right to go to school.

Well, here is a reminder that a girl's right to go to school isn't secure as is.