The longtime Arizona senator wins his party's nomination, allowing him to return home to Washington 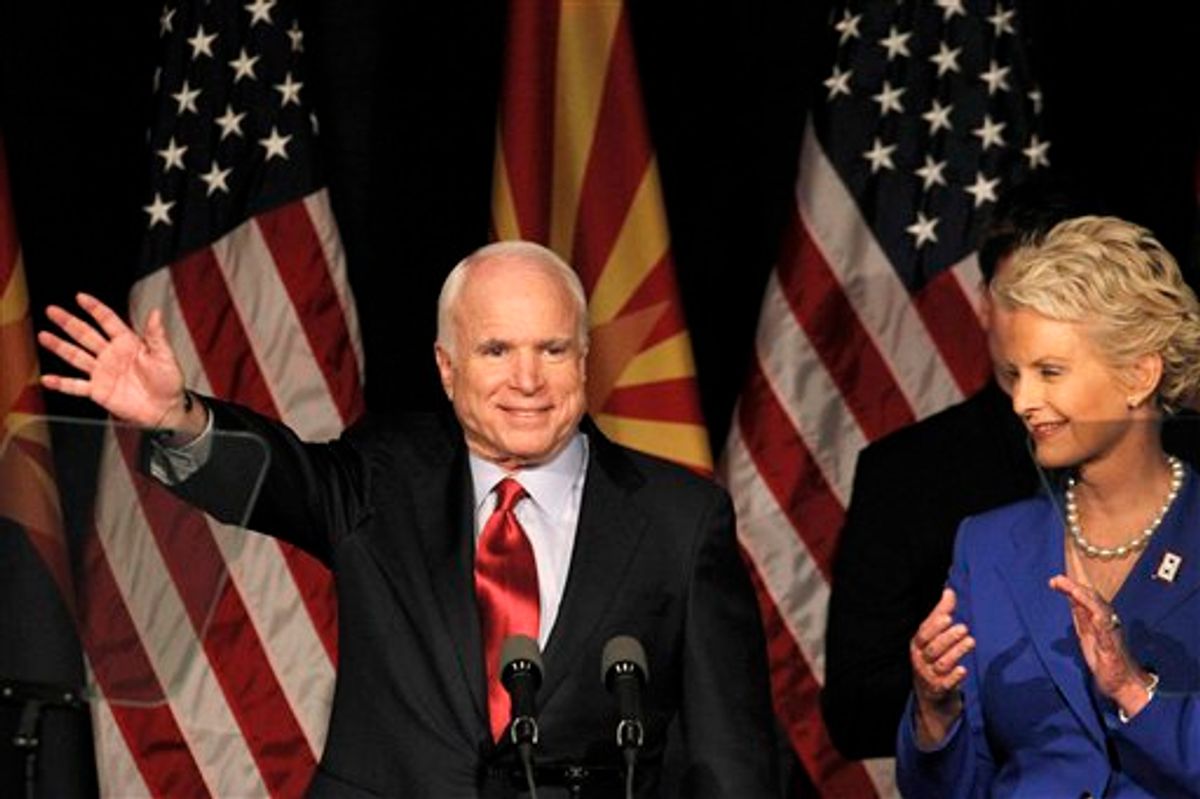 A four-term Arizona Senator handily won his primary election last night, and all he had to do was continue to embarrass and debase himself on the national stage. Now the 73-year-old veteran is one more grinding general election away from returning to his home in Virginia for six more years in order to serve bitterly in what will most likely remain a Senate minority, under a Democratic president whom McCain clearly despises.

The national political press that once imagined he was a principled maverick, because he was a sore loser who delighted in sabotaging George Bush, was also wrong about McCain being vulnerable due to his perceived moderateness. Though they were eventually right that he would probably win, once his opponent, a local talk radio host and former infomercial pitchman, revealed himself as an unelectable charlatan.

At least he will finally get to be back with his only true friend in the world, Lindsey Graham.

Aiding McCain in destroying the once-proud McCain "brand" will be his daughter Meghan, who will continue to pen flighty columns for Tina Brown's expensive experiment in publishing her friends online next to slideshows, and who is touring the east coast promoting her glossy new book about being a young Republican woman who is not scared to say the word "sex," a lot.

His wife will remain, presumably happily, in Arizona and California.