After nine months of silence, Elin Nordegren talks to People magazine and says she feels stronger than ever 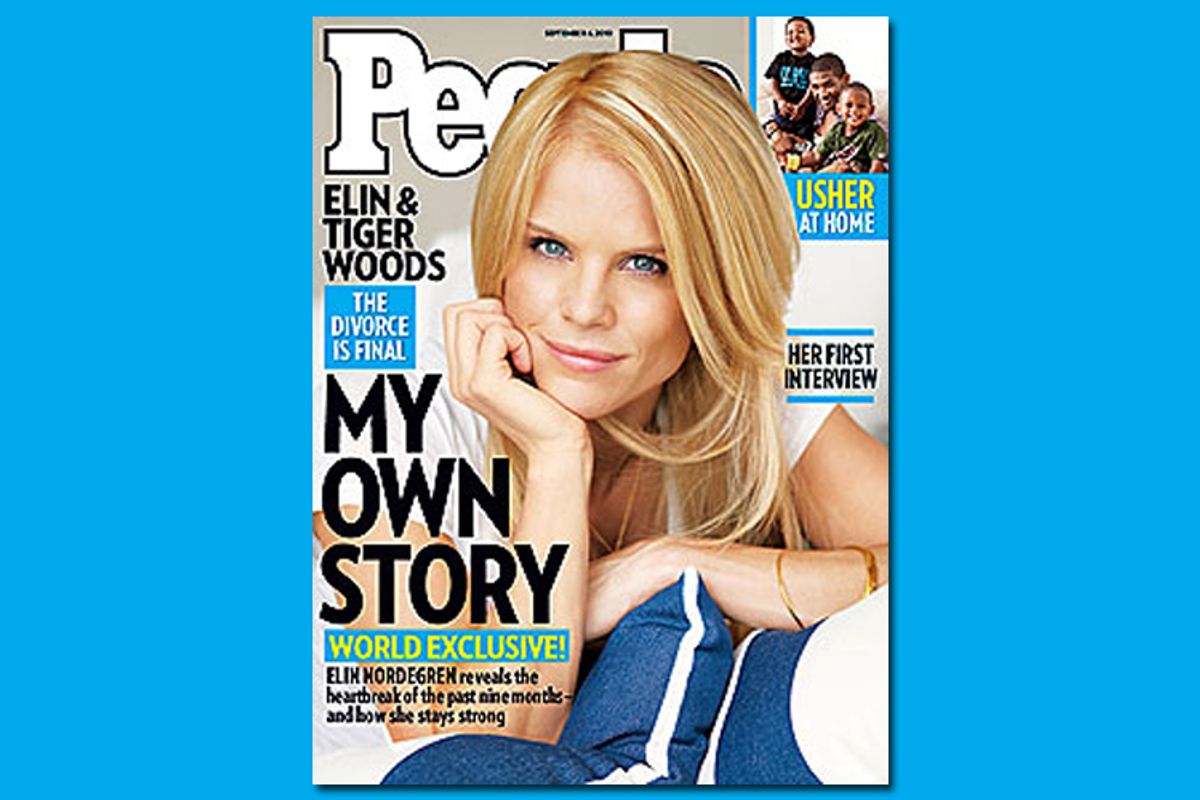 Elin Nordegren, newly divorced from Tiger Woods, has broken her nine-month silence. The less-famous face of spurned wives everywhere told People magazine: "I have been through the stages of disbelief and shock, to anger and ultimately grief over the loss of the family I so badly wanted for my children." She added: "I also feel stronger than I ever have. I have confidence in my beliefs, my decisions and myself." Well, now we know how she's spent those nine months: therapy.

The mother of two says she "never suspected" her husband was having multiple affairs. (Cue slew of articles on how you can tell if your man is cheating.) "I felt stupid as more things were revealed -- how could I not have known anything? The word 'betrayal' isn't strong enough. I felt embarrassed for having been so deceived. I felt betrayed by many people around me." Nordegren said she gave the marriage a second chance and "tried really hard," but as you might have ascertained from the divorce, which was finalized Monday, it didn't work out.

There's more, of course, to be unveiled when the magazine hits newstands on Friday -- and those who care had better eat it up, because Nordegren says this is the last interview she will give. (Again, high five on the obvious emotional heavy-lifting you've been doing, lady.)