Can football practice be child abuse?

As teens head back to the practice field, recent events raise questions about our attitude toward sports training 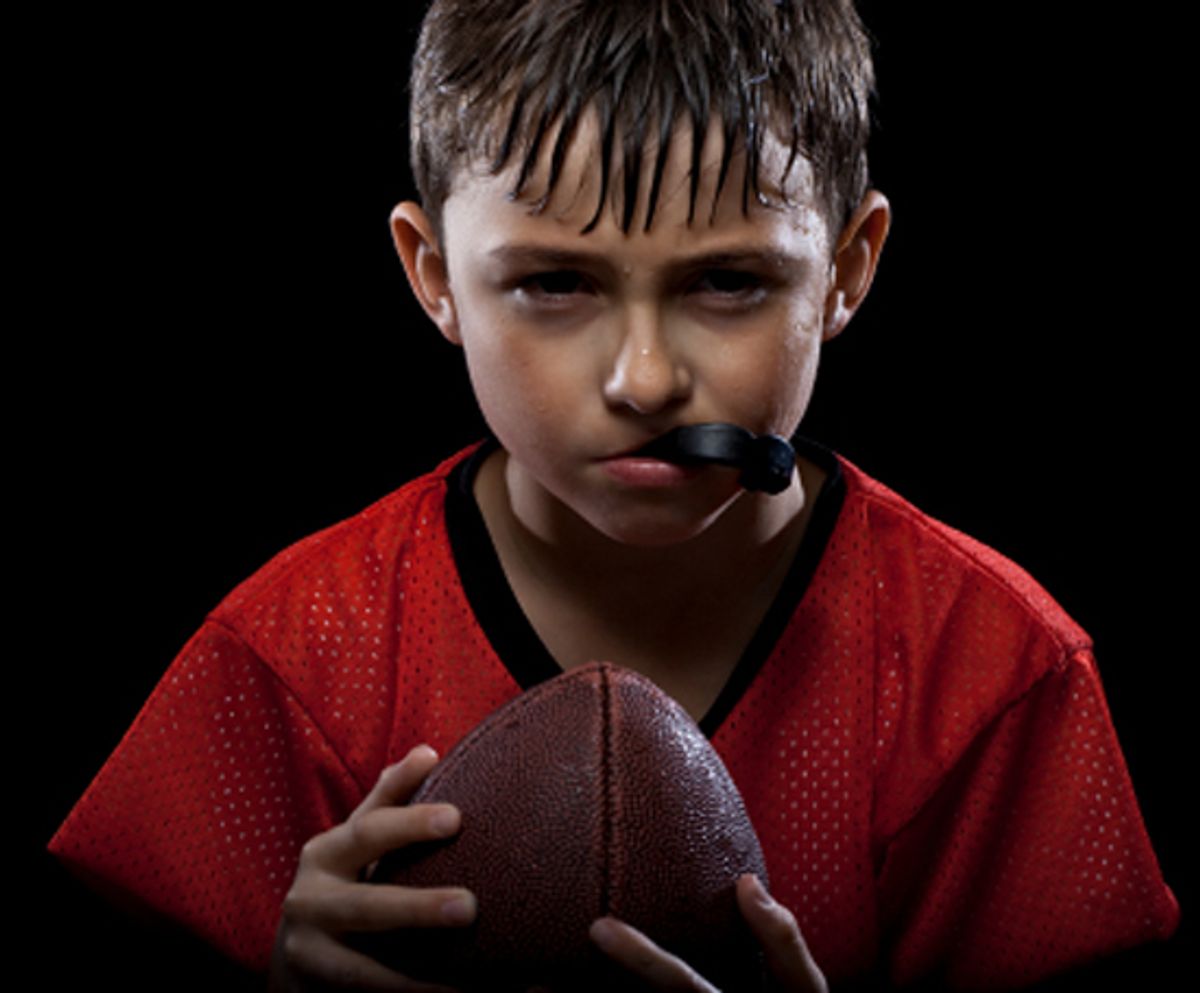 If you're one of the millions of fans who tunes into sports talk radio, chances are you've heard a lot of trash talk this week about Albert Haynesworth, the Washington Redskin's star nosetackle who has refused to practice for health reasons. The majority view on Haynesworth – proffered by fat guys sitting in air conditioned studios, natch – is that he's a spoiled brat who should quit moaning and hit the field.

This is invariably the message that gets sent when it comes to professional athletes. The ones who "play through pain" are heralded as paragons of manly virtue. It's a deceptive, dangerous message that hits home with the legions of high school athletes – football players, in particular – many of whom are now returning from their summer vacations to a world of vicious two-a-days.

A case in point: the two dozen young men who were admitted to a Portland-area hospital last week. All of them were players on the McMinnville High School football team, who had taken part in a weeklong immersion camp conducted by a new head coach. Three of the boys had to have emergency surgery to relieve swelling in their arms.

In fact, the players were suffering from exactly the same condition as Haynesworth, rhabdomyolysis, a breakdown of muscle cells tied to intense exercise in hot environments, that can cause severe kidney damage. Why? Among other factors, the team had spent time training in a room with a temperature of 115 degrees.

Here's how one of them, 17-year-old Brent Cordie, characterized the situation: "I was trying to prove to the coaches I can push myself to the max. I wanted to be one of the 11 on Friday night."

Pundits have been quick to lay blame in McMinnville, saying, in essence, protect those poor chil'runs!

But every year high school football players eagerly subject themselves to injuries ranging from heat exhaustion to torn ligaments to concussions and spinal injuries. They are encouraged in this endeavor not just by overzealous coaches, but an entire culture of athletic worship that sanctions behaviors that would be seen, in almost any other context, as child abuse.

Buzz Bissinger, who wrote the definitive account of high school football, "Friday Night Lights," recently wrote a wrenching piece highlighting the tragedy of high school players who suffer paralyzing injuries. "The game's violence will continue because that's exactly why we like it, our gladiatorial lust still intact 16 centuries after the Romans," Bissinger observes.

Does anyone else here smell a double standard?

Given the obsession with protecting children from harm – in the form of peanut allergens, sexual predators, and so on – wouldn't concerned parents and politicians want to transfer some of that vigilance to a sport that results in children getting disfigured and killed? That is, in fact, predicated on what Bissinger accurately characterizes as "gladiatorial lust"? (I mean, Michael Vick was made a pariah for conducting dog fights. What does that say about those of us who get off on watching kids deck each other?)

But this is how our culture operates. We scold violence out of one side of our mouth, and cheer for blood out of the other.

The hit TV series based on Bissinger's own book is the quintessential example. Way back in the pilot episode, the star quarterback suffered a paralyzing spinal injury. The next week, his teammates were back in action, ready to "play through the pain" and prove themselves in battle. And we were there to watch – and cheer.