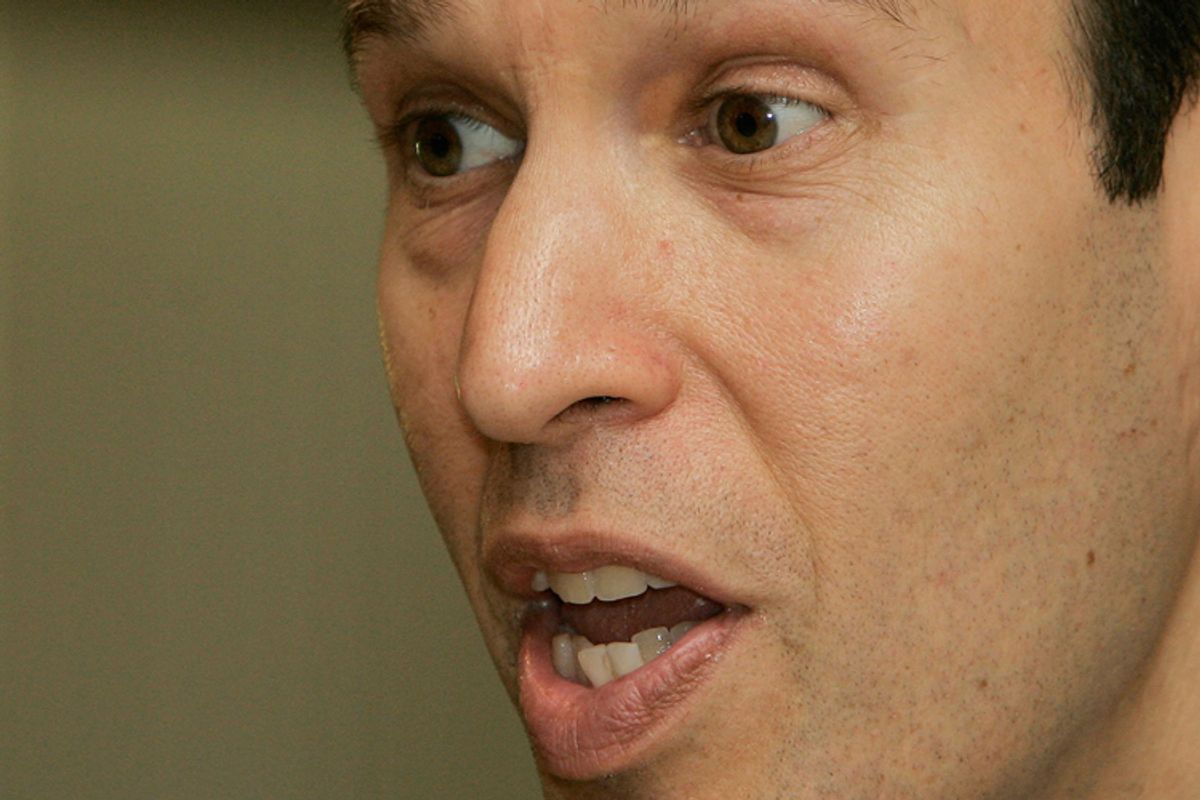 Former head of the Republican National Committee and Bush '04 campaign manager Ken Mehlman has finally come out as a gay man. Mehlman broke the "news" to The Atlantic's Mark Ambinder.

Everyone in politics basically suspected/"knew" this for years, but Mehlman says he only came to grips with it personally this year.

"Mehlman's leadership positions in the GOP came at a time when the party was stepping up its anti-gay activities," Ambinder writes, and boy howdy. But Mehlman has decided to become an open advocate for gay marriage, and the moderation of the GOP on gay issues. He participated in a fundraiser for the American Foundation for Equal Rights -- a group supporting the legal challenge to Proposition 8 in California -- last September, and he "has become a de facto strategist for the group," attracting major Republican donors.

"It's taken me 43 years to get comfortable with this part of my life," Mehlman tells Ambinder. Plus he recently moved:

Mehlman said that his formal coming-out process began earlier this year. Over the past several weeks, he has notified former colleagues, including former President Bush. Once he realized that the news would probably leak, he assembled a team of former advisers to help him figure out the best way to harness the publicity generated by the disclosure for the cause of marriage rights. He is worried that some will see his decision to go public as opportunistic. Mehlman recently moved to Chelsea, a gay mecca in New York City.

Well, welcome to being on the right side of one issue, Ken. (And this marks another one that Mike Rogers was right about.)