The housing sector takes another huge hit. Next up, prices will fall, and unemployment will rise 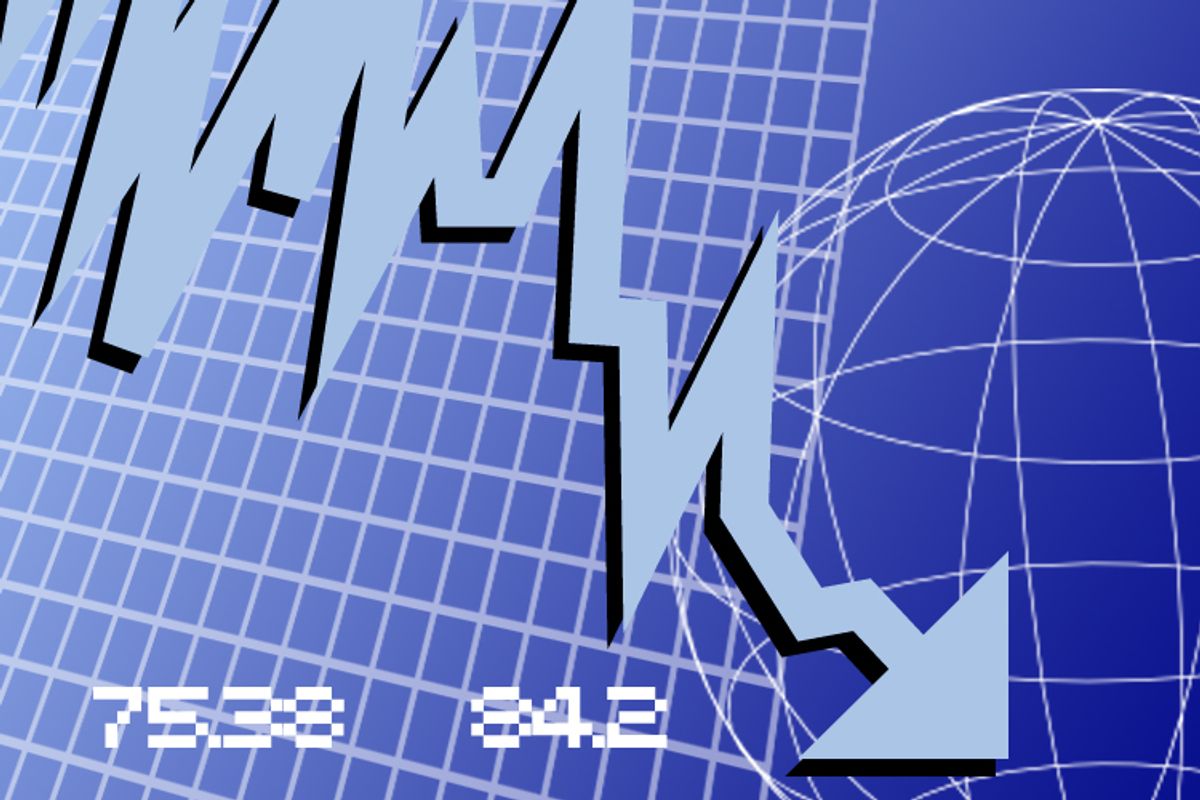 Bloomberg tells us this morning that "Sales of New Homes in U.S. Unexpectedly Declined 12% to Record Low in July."

Unexpectedly? Bloomberg headline writers appear to be relying overmuch on whether actual economic data differs from the consensus predictions of economist, even though for months the track record of the forecasters has been regularly off the mark. After yesterday's horrible existing home sales numbers, there's nothing unexpected at all about today's report. Along with the significantly-under-forecast barely-noticeable-growth in durable good orders also reported today, the new data provide yet more confirmation that the U.S. economy is stalling out.

On Friday, we're likely to see the estimate for second quarter GDP growth downgraded sharply, and if the trend continues, which seems likely, third quarter growth could flatline.

What's ahead? Look for home prices to drop sharply as the huge overhang in inventory for both existing homes and new homes forces would-be homesellers to recognize that it's a buyers market. And there's plenty more bad news to come. It seems appropriate here to outsource commentary to Calculated Risk, who has been extraordinarily prescient in his prediction of how U.S. economic growth would start slumping in the middle of 2010.

On Friday, the second estimate of Q2 GDP will be released. In the advance release, the BEA reported real GDP increased at a 2.4 percent annualized rate in Q2. However subsequent economic releases for construction spending, inventory and trade all suggest downward revisions in the second release. The consensus is for a downward revision to 1.3 percent real annualized growth.

And next Friday, the August employment report will be released. I expect another weak report -- and I expect the unemployment rate to start ticking up.

Also I think the European situation is starting to heat up again with bond spreads widening to the May crisis levels for both Greece and Ireland.

In other words: Expect the worst, and you won't be caught by surprise. Or just read Calculated Risk, every day.