Dems shouldn't get too excited about Alaska prospects

Democratic Senate candidate Scott McAdams has raised just $9,000, and he failed to make a key filing with the FEC 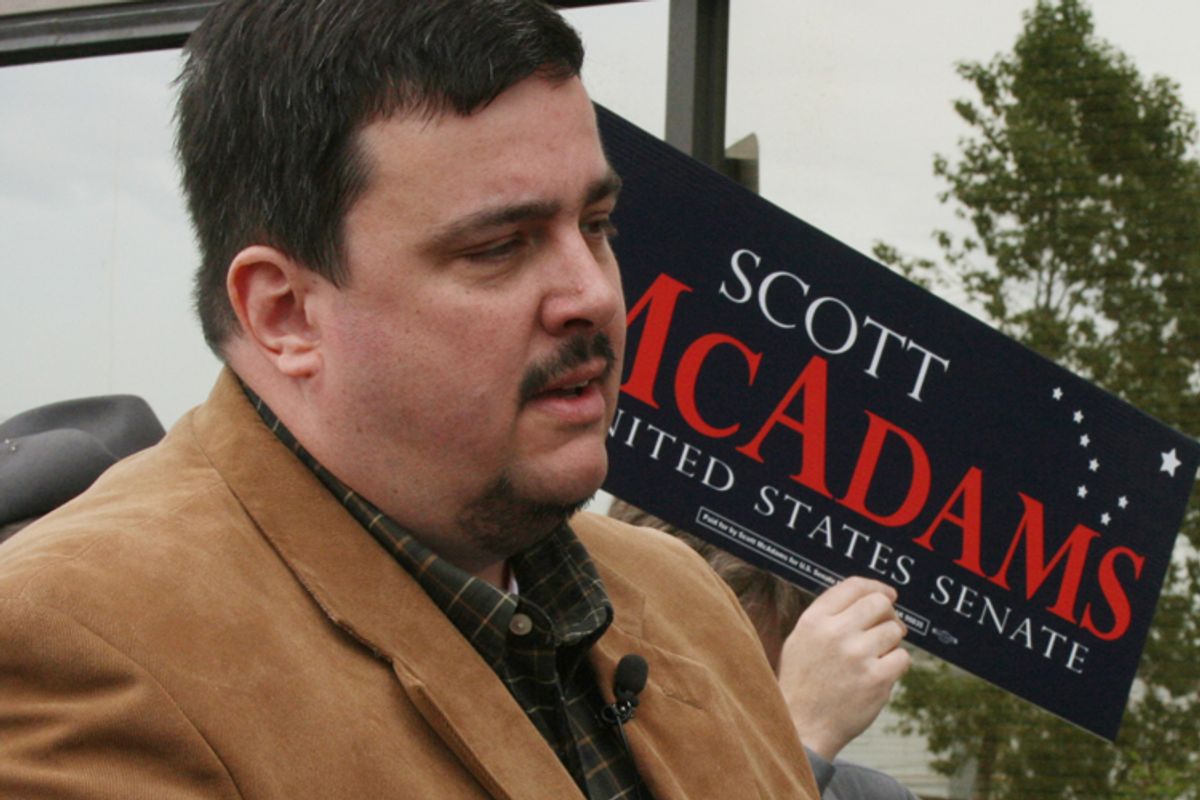 Christina Bellantoni at TPM has a useful look at Scott McAdams, the Democratic candidate for Senate in Alaska who, pending the GOP primary vote count, may face tea partier Joe Miller in the general election.

So with incumbent Sen. Lisa Murkowski likely out of the way, could the Dems have a real shot here? Judging by McAdams' fundraising prowess so far, it's going to be an uphill battle.

McAdams, the mayor of Sitka, Alaska, had raised just $9,175 by the end of June, when he filed his last report with the FEC. This month, he was  just one of nine candidates nationwide cited by federal regulators for failing to file a mandatory pre-primary report.

As TPM reported, even the URL for McAdams' blog on the free blogspot service is broken. (See McAdams' official website here.)

Bottom line: it's going to take a huge injection of money and resources from the national party if Democrats want to even attempt to contest this race.

Also worth noting: The DNC's spokesman, Brad Woodhouse, was apparently unable to identify McAdams as his party's Senate candidate when asked earlier today.