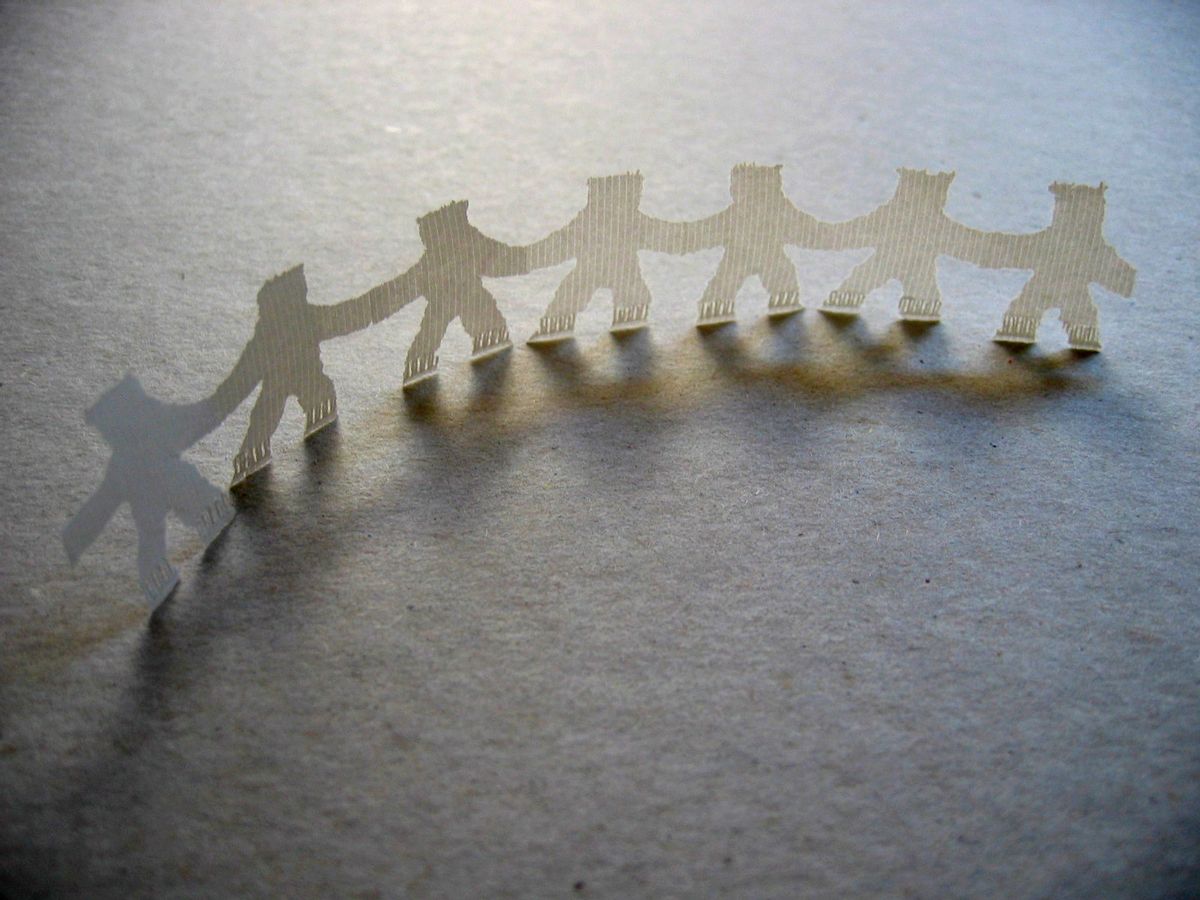 My sister once told me that no one good was born on her birthday. She said this as casually as you and I might recite the last four digits of our Social Security numbers, as if it were an indisputable and long-standing fact. By "good" she meant "famous" because that was the nature of our conversation.

"That can't be true," I protested, in a mock effort to find fault with an argument that didn't matter either way.

"I think one of the guys from Chicago has my same birthday."

"Oh. That is desperate."

"Well," she sighed dramatically, "not all of us can have Martha."

Oh yes, that's right. The Queen of Crafts herself, Martha Stewart, and I have the same birthday. I prefer to think it's the glue-gun wielding, perfect-tart-producing Martha and not the copper pan-throwing, jail-going Martha. But I suppose if I am going to share a calendar square with some of Martha, I have to share it with all of Martha. Our immediate neighbors to the past and future are crafty as well (see also: Yves Saint Laurent, Andy Warhol). I'm not sure when God set aside those seven days to create the world, but from a decoration standpoint, it was probably the first week of August. But despite all this general creativity floating about, it is Martha and Martha alone in whose perfectly stenciled shadow I live my life. And my tributes to her have been, in a word, poor.

For a long time I wanted to draw, but I could never get the proportions right. My still life sketches were the artistic equivalent of someone who has misjudged the space constraints of a postcard, the handwriting shrinking uncomfortably at the bottom. So I tried to make vases and bowls instead but I mushed the clay. Or spun it so fast on the pottery wheel, it flung itself onto the wall in protest. I tried my hand at painting but still don't understand the concept of acrylic paint. And yet, despite all evidence of my artistic stunting, I thought it would be a good idea to create a series of large Plexiglas dioramas based on the essays in my first book. Then, for my second, I crafted paper dolls, spending hours hand-painting and folding, trimming and gluing. The results are not terrible. But, alas, there's a difference between psychosis and talent, between perspiration and inspiration. Sometimes the line can be invisible to both the artist and the viewer ... but usually the artist knows when he or she is full of it.

Don't get me wrong, both the dioramas and dolls are my creations and I love them. But I am a sober parent with her eyes open. I know the difference between my brood and truly gifted children. In addition to the Martha Factor, I'm also contending with the more immediate influence of my sister, the jewelry designer; my mother, the painter; my grandfather, the marble sculptor; my great grandmother, the painter; and so forth.

There is but one thing I can do and do very well. One little slice of concrete creation that's really mine. If we've spent more than a few hours together and you're reading this, you can vouch for me. This talent is totally under the table. Literally. But if you give me a plastic straw in a paper wrapper and two minutes, I'll give you the world.

As is common among addicts, I started early. I was the youngest and thus the most paradoxically disenfranchised and suffocated of my family. I sat bored and fidgeting at many restaurant tables. I don't remember the first time I created my wrapper art, but I feel certain it was during one of these social torture hours masquerading as college graduation dinners. I don't remember reaching for the straw or breaking the seam apart with my thumbnail. Nor do I remember folding it into an accordion of half-inch panels and ripping off the excess. And what I really don't remember is how or why it occurred to me to make tiny tears into the soft paper, creating negative space that left the shape of a person. But after about 20 years of practice, I will say: I'm pretty damn good at it.

All my feelings of artistic inadequacy melt away. The big reveal is always definite, the results always the same. The certainty of the process is just as addictive as the artistry. It works like math the way nothing else in my life works like math, including math. I unfold the paper to reveal a chain of five to eight tiny people, holding hands. Or, if your mind is sick in persuasion, five to eight mutated babies attached at the arms. It's more habit than craft at this point. Perhaps it is not art art but it is certainly an art.

There is also an entertainment value in the creative process itself (so much unlike writing where the journey to the finished product is profoundly unfun to watch). My hands move quickly around the fragile paper, like a smaller-scale and less impressive Edward Scissorhands. If you and I are at a bar, you can then stick these thinly membraned bodies around a cool glass. You can dunk them in whiskey or iced tea if you wish to add some racial diversity. If you have a pen on you, well -- I don't need to tell you all the things you can do with ink. The doll chain makes a nice gift as well. A gift presented without fanfare in the middle of a conversation or created while someone is in the bathroom. Often I make them while no one is looking. People assume I am just fidgeting with a paper straw wrapper and then, out of the blue I get to say: Here, this is for you. Then, assuming this Siamese textile freak show survives the whiskey-dunking, people discover it in wallets or pockets days later. The dolls are the gift that keeps on giving. Until they disintegrate. This predictability is completely absent from my more regular creative endeavors, just as it was absent from my pottery throwing and fruit-bowl sketching. Even my desserts, those plucked directly from Martha's cookbooks, never come out quite the same way twice. But in the methodical creation of straw wrapper paper doll chains? I have a go-to activity where I can find assurance in my ability to form and to amuse. Consistency is not the heart of art so much as it is, say, the gall bladder of art. It does not inspire or captivate. It does not win awards or get its own daytime talk show. But having a creative default is an excellent palate cleanser for the artist as well as the viewer. I masticate straw wrappers with my nails so that whatever comes out next might be just a little more worthwhile. Indeed, if I'm lucky enough to see another 60 Augusts, I fully expect to find myself in a soft chair somewhere, drooling on my muumuu, entertaining the night nurses by gesturing at the wrapped straw next to the pudding cup on my food tray and saying: Here, watch this.