Amazon touts sales of the Kindle, reading gets revolutionized, and more competition is on the way 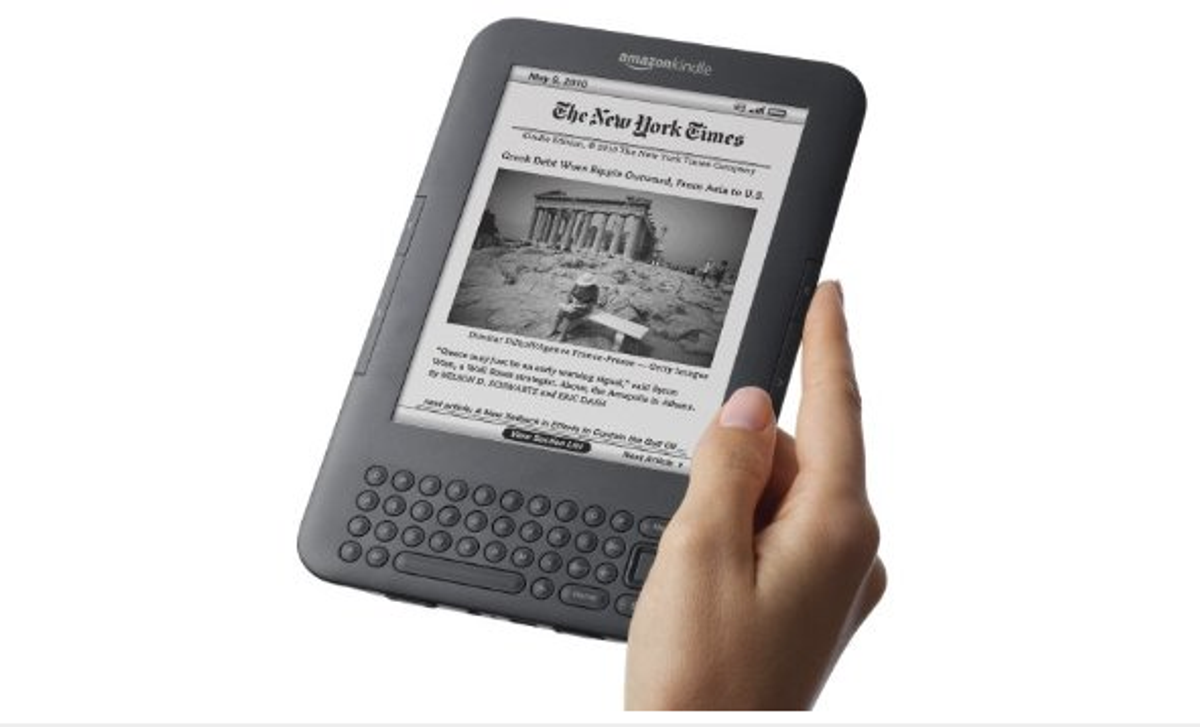 Amazon.com released it's latest version of the Kindle e-reader in July, and yesterday touted the number of units that were flying off its (cyber) shelves -- although exact sales figures weren't given. The $139 and $189 gadgets have taken over a decent chunk of the market, despite having no multifunctionality or color display. And the e-ink thing is pretty cool. People who want to be able to read a book and reply to John Mayer's latest tweet will pick up the Apple iPad instead. These devices have revolutionized the way books are consumed, and considering the dismal state of affairs in the publishing industry pre-"Harry Potter" that actually means something.

The Wall Street Journal and Tech News Daily have a few things you should consider before wading into the increasingly crowded e-book market, as well as new research that reveals folks with an e-reader tend to read a whole lot more than ever before. The Barnes and Noble Nook is trying to wrestle some market share away from the big boys, and Sharper Image just announced a new e-reader called the Literati that hopes to, maybe, nail down more male readers? It's got a color screen, in any event.

Or you could get a library card. It's free.