To all real journalists: Stop being such cowards! 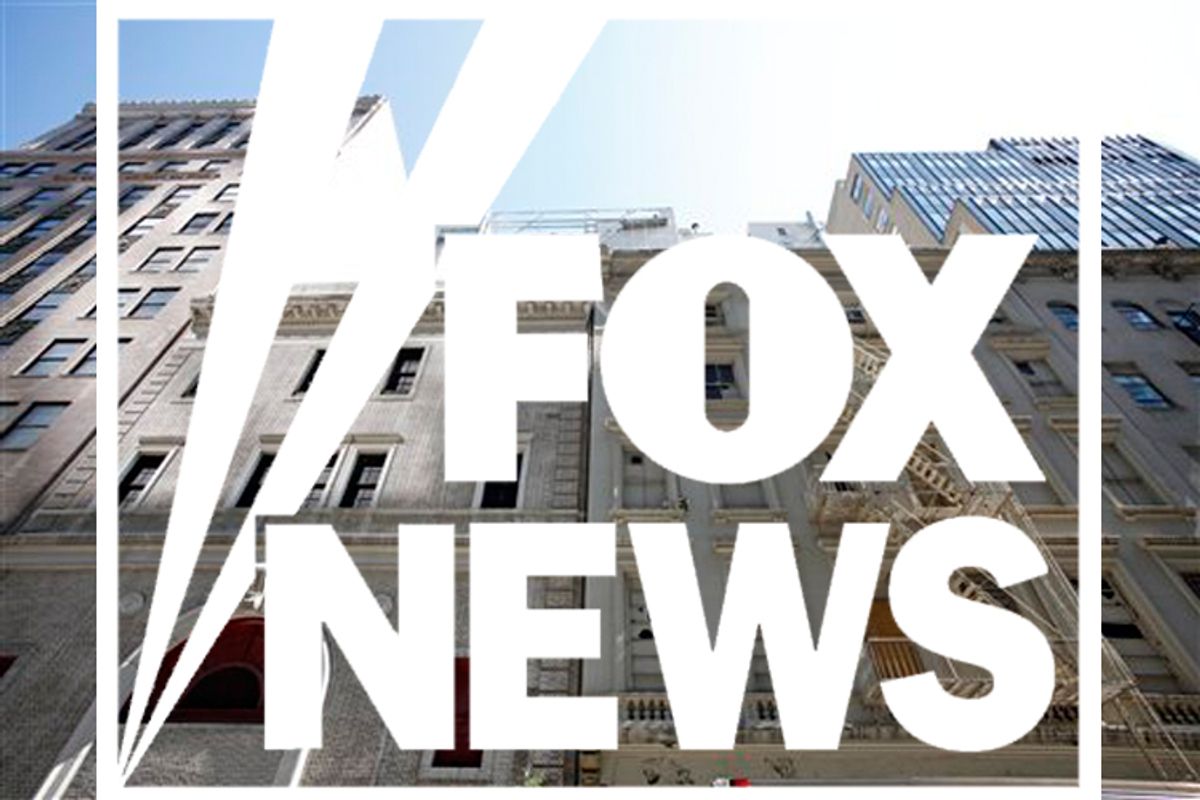 "These acts of violence against innocents violate the fundamental tenets of the Islamic faith, and it's important for my fellow Americans to understand that."
-- President George W. Bush, at the Islamic Center of Washington, Sept. 17, 2001

They've finally made it official. Although you're not likely to see it reported on Fox News, media mogul Rupert Murdoch's News Corp., parent company of Fox, the Wall Street Journal, New York Post, etc., recently donated a cool $1 million (that's $1,000,000) to the Republican Governors Association. While corporate donations to political parties are common, media conglomerates are normally careful to give to both parties for appearance' sake.

Not Murdoch, however. Any questions?

Conflicts of interest don't come much more obvious. Appearances be damned; Fox News is a partisan propaganda outlet. Actually, as Media Matters columnist Eric Boehlert has recently suggested, the GOP isn't so much running Fox News as Fox News, Rush Limbaugh and a host of other talk-radio ranters are stampeding the party.

Back in the bad old days of the Soviet Union, Russians had a cynical proverb describing their country's party-line press. Playing on the names of the two main newspapers Pravda ("Truth") and Izvestia ("News"), the joke was that there was no Truth in the News, and no News in the Truth.

We're not there yet, but not for lack of trying. Rushing to fill the power void on the right after the Democrats' 2008 takeover of Congress and the White House, Fox News and its allies have grown ever bolder and more irresponsible since President Obama's inauguration, dropping all but the thinnest pretext of professionalism and often enabled by the "mainstream" media's institutional cowardice.

This has rarely been more apparent than during the recent controversy over the so-called ground zero mosque. Seizing on public ignorance about the project, its location and the motives of those proposing it, Fox News' propagandists, its politician employees and their talk-radio allies have generated a perfect storm of bigotry and ethnic hatred.

What began as an exercise in ecumenical outreach and religious tolerance is now described as "a recruiting tool for domestic extremists" (Limbaugh), and a facility "to train and recruit Sharia law advocates who become terrorists" (Dick Morris on "Fox News and Friends").

Night after night, Fox News commentator Sean Hannity hammers away, distorting the words of a religious leader whose entire career has been spent building bridges between Muslims, Christians and Jews. Bob Somerby has documented the carnage on the Daily Howler.

"I want to move a little bit into the area of the imam who's spearheading this," Hannity announced on a recent program. "He wants America, he said in his book, to be more Sharia compliant ... But what is Sharia law, you know, where women are stoned to death, where women don't have rights ... where you see that if a woman claims rape they need four male eyewitnesses to prove rape. Women can't drive, women can't go to school, women in Saudi Arabia can't be seen in public with a male that they're not related to. He says America should be Sharia compliant. Don't you think we need to know what he means by that?"

In reality, Imam Feisal Abdul Rauf's 2004 book, "What's Right With Islam Is What's Right With America," condemns such practices as barbaric relics of tribalism. He has unequivocally condemned terrorism. "The truth is that killing innocent people is always wrong," he wrote, "and no argument or excuse, no matter how deeply believed, can ever make it right. No religion on earth condones the killing of innocent people, no faith tradition tolerates the random killing of our brothers and sisters on this earth ... Islamic law is clearly against terrorism."

Indeed Rauf's book expands on his belief that the United States has been "Sharia compliant" since the Declaration of Independence. He's given State Department-sponsored lectures in the Middle East under both the Bush and Obama administrations, arguing that America's commitment to religious freedom makes it the best country in the world for Muslims.

Invited to speak at a 2003 synagogue service for Daniel Pearl, the Wall Street Journal reporter murdered by Islamist fanatics in Pakistan, Imam Rauf addressed himself to the victim's father. "Not only today I am a Jew," he said, "I have always been one, Mr. Pearl." Also, he explained, a Christian and a Muslim, invoking "the moral equivalency of our Abrahamic faiths."

To portray such a man as a terrorist is beyond dishonest. Calling all Muslims terrorists is the equivalent of calling all Christians snake handlers; all Jews, Christ killers. It's KKK-style hate mongering, a rejection of the basic premises of Americanism, and a propaganda gift to the lunatic cultists of al-Qaida such as they could never achieve on their own.

It's no longer enough simply to set the record straight. Journalists have an affirmative duty to defend their own profession's honor, what little remains of it.