Mayoral hopeful in Rhode Island proposes to girlfriend during debate

Perennial candidate Chris Young uses his closing argument to blast his opponent. Then he whips out a ring 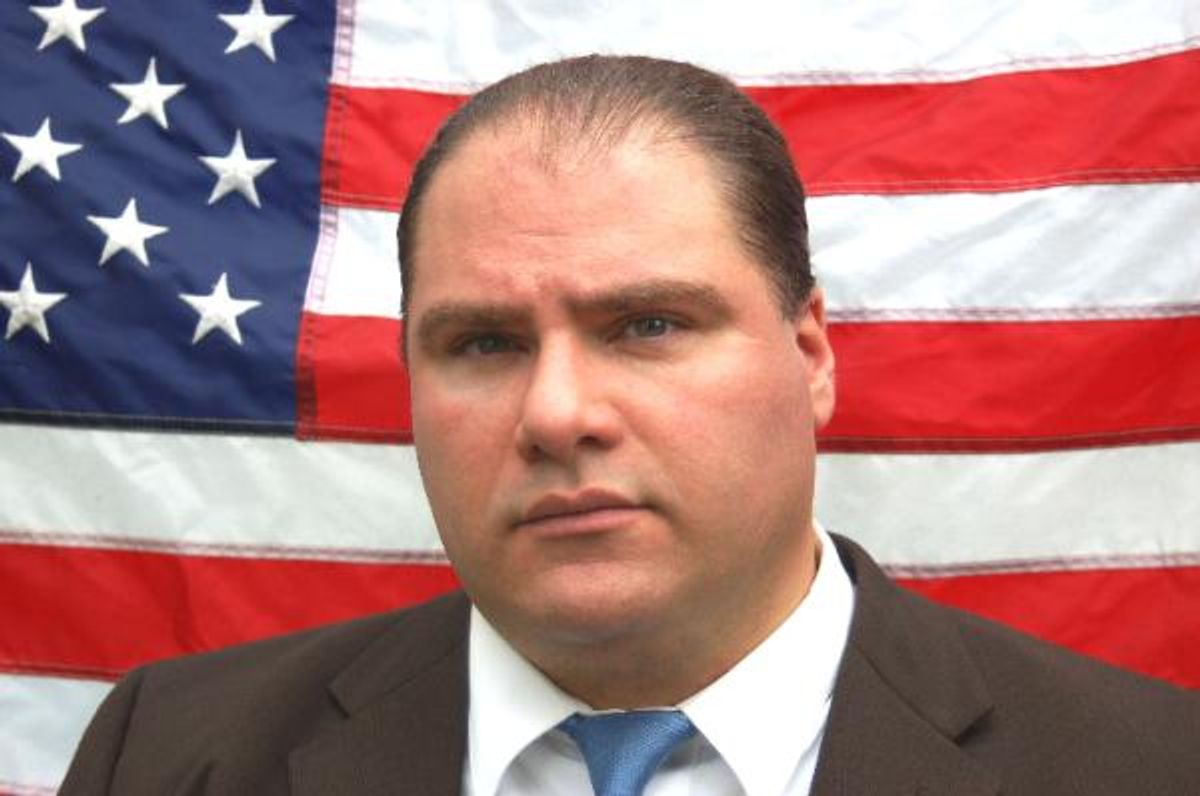 It's not the most romantic proposal we've ever heard of, but as far as political posturing and attention-grabbing goes, it's gold star-worthy. Chris Young, who has run half a dozen times for multiple offices in Rhode Island, was debating three opponents in the Providence mayoral debate Tuesday night. Young used his closing argument to berate a fellow candidate, as politicians are wont to do, and then ... he pulled a ring out of his pocket and segued into a marriage proposal.

The potential fiancée, Kara Russo, was in attendance, and luckily for Young she said yes -- although once the televised portion of the debate was over, Young made it clear this was a "conditional" engagement, hinging on his election to the mayor's office. So he's kind of a tool.

The couple is a match made in heaven, really -- he's a pro-life Democrat who decries the current socialist agenda ruining our country and touts God's miracles (blood on a Virgin Mary!) on his political homepage. She's a Tea Party supporter running for both a congressional seat and the lieutenant governorship of their tiny state, and she produces "pro-life TV shows" for the region. And she's met James Woods and Kanye West.

It seems Young is no stranger to disrupting political proceedings, and just this week gave local news anchors something to squirm about by serenading them with a song about Jesus. On live TV. Last year he was banned from the Brown University campus after being arrested at a healthcare forum. So it doesn't seem like Ms. Russo will be getting hitched any time soon.

Video of the proposal, bringing new meaning to the words "awkward" and "inappropriate for the environment:"