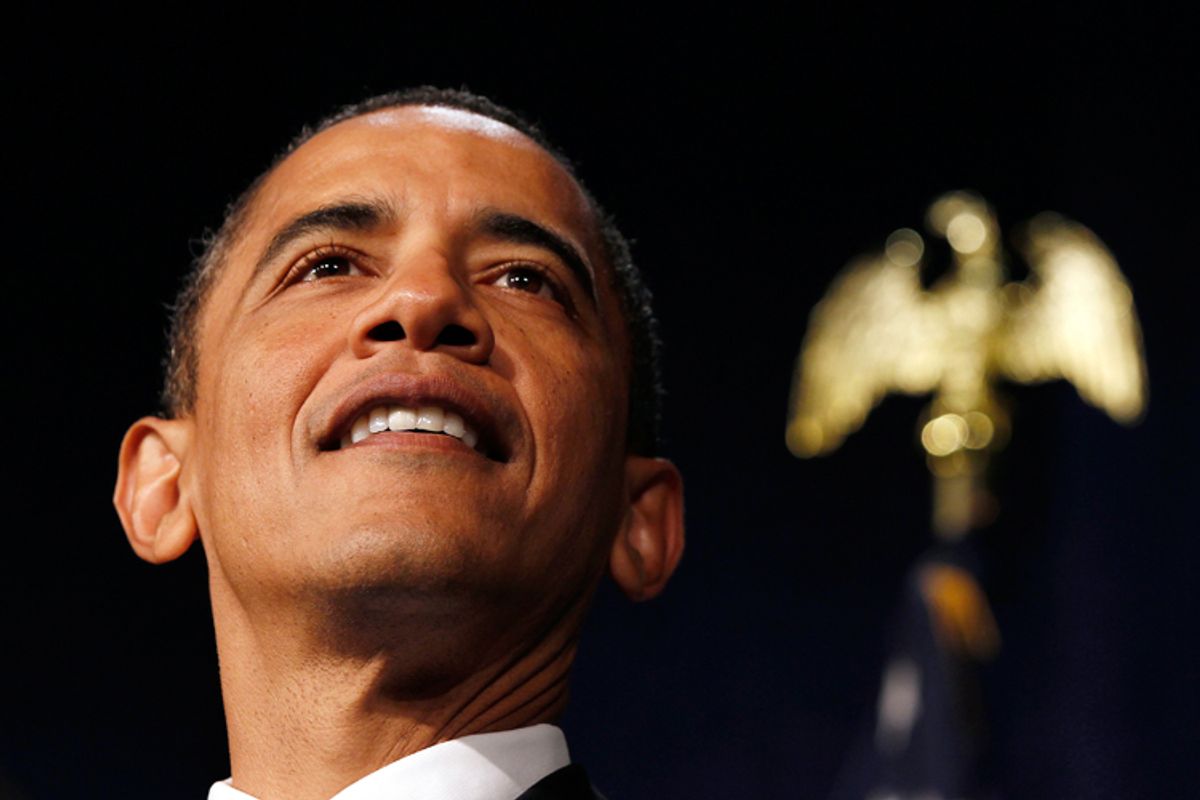 Now that President Obama has been in office for over a year and a half -- during which time he’s governed in more or less exactly the fashion his 2008 campaign promised -- you might think it would be difficult to fill column inches with yet another article rehashing the campaign narrative of Obama as an inscrutable man of mystery. God bless Politico, then, for making it look so easy.

Writing on Jon Chait’s blog at the New Republic, Noam Scheiber clarifies the matter by drawing a much-needed distinction between the president’s approach to process and his preferences on matters of policy. Sadly, while he properly delineates the question, he misses half of the answer.

"It's true that Obama often spoke in transformational terms about the practice of politics," Scheiber writes. "But if you listened to the way he and his campaign discussed policy, it was always clear that they preferred a relatively pragmatic, non-ideological approach to some sweeping progressive vision."

The offending word here is "non-ideological." This isn’t the first time someone has used that term to characterize either Obama or his team: Scheiber did it himself in 2008's "The Audacity of Data," and others have pointed to the president’s supposed lack of ideology as both one of his greatest strengths and one of his fatal weaknesses.

After reading Scheiber’s 2008 article, it seems clear that his error lies in using the term “non-ideological” interchangeably with "pragmatic." But as Robert Reich pointed out in a 2009 blog post on the subject of Obama’s pragmatism: "Being a pragmatist is a statement about means, not ends. It describes someone who chooses the most practical way of achieving a certain goal but it does not explain why he chooses one goal over another."

This isn’t just a matter of semantics. When Scheiber and others describe their position as “non-ideological,” it’s a way -- conscious or not -- of insulating that position from philosophical inquiry. If a statement isn’t ideological, then it is either factually true or it isn’t, and that makes evaluating it a lot more manageable.

Sadly, that’s not how normative claims work. Any policy proposal is normative in nature -- that’s why they call it a proposal. As Michael Sandel has convincingly argued in his lectures at Harvard, you simply can’t divorce your policy preferences from your (very much ideological) moral intuitions. You can only pretend to divorce them, and, in doing so, ignore one of the most important steps in evaluating a policy proposal: the very first one.

This is why we have political philosophy. In "The Audacity of Data," Scheiber wrote: "You'd be hard-pressed to find a political philosopher in Obama's inner wonk-dom," a sentence sure to make self-described non-ideological pragmatists shiver with pleasure. But here, again, he’s not exactly correct. True, there are no academic philosophers in Obama’s circle of advisers -- no Michael Sandels, or even Peter Singers -- but the president himself is a philosopher of the amateur, non-academic variety. As the New York Times reported in 2008, Obama has studied -- and, evidently, developed an affinity for—the works of the great continental philosophers Friedrich Nietzsche and Jean-Paul Sartre (which, incidentally, makes me think that if the smear artists who accuse Obama of being a covert Muslim knew their history of philosophy, they would be accusing him of covert atheism instead). Whether you agree with his moral intuition, he is a man who has thought hard about them. In Chapter 6 of "The Audacity of Hope," he even took other progressives to task for avoiding public debate over ethical principles.

We should follow his lead. Scheiber is right to applaud Obama for carefully considering empirical data, but we should not fetishize empiricism as if it answers the only questions truly worth asking. Earlier, I called the president an amateur political philosopher. Anyone else who hopes to talk about the "right" policy must first grapple with what "right" is, and, in doing so, become an amateur political philosopher as well.