No, WaPo, Reagan was not pro-solar and wind 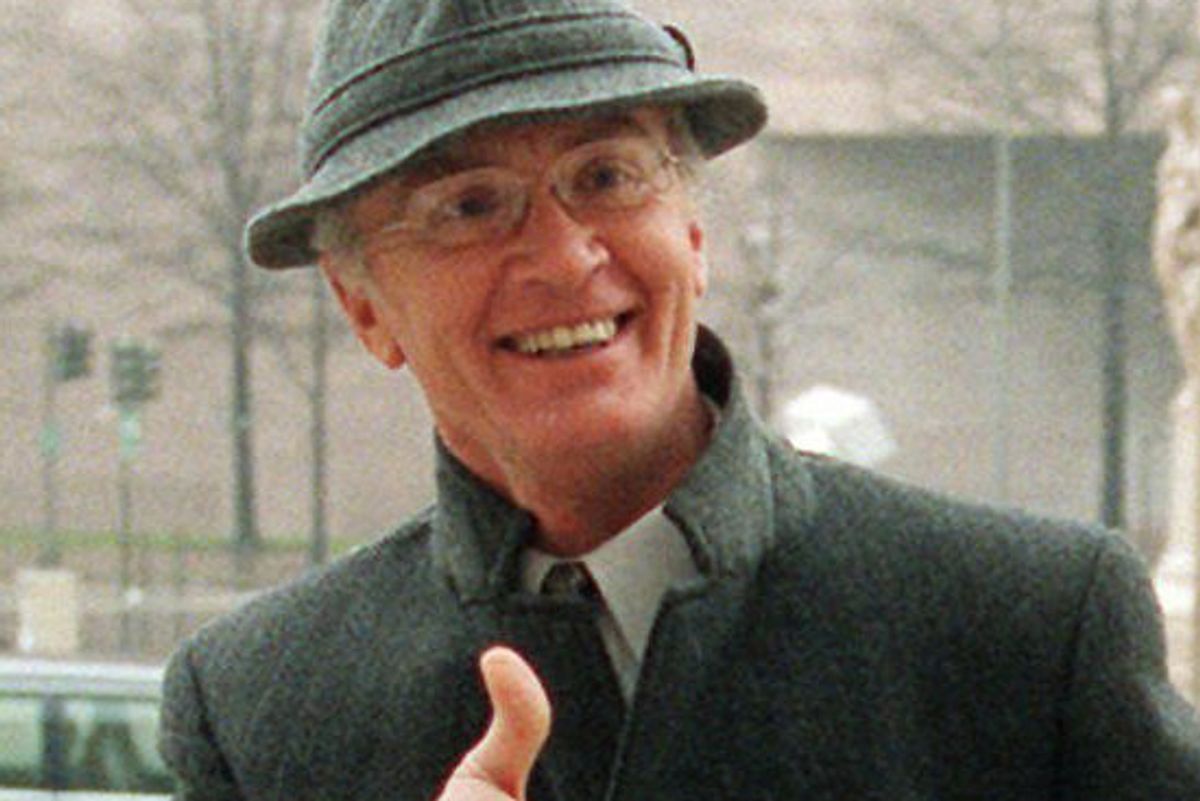 HTWW did not need coffee to wake up this morning. I just needed to read a quote from Ronald Reagan's first secretary of the interior, James G. Watt, in the Washington Post story "How the Minerals Management Service's Partnership With Industry Led to Failure," by Juliet Eilperin and Scott Higham.

Watt created the Minerals Management Service, so it's perfectly understandable, and appropriate, that Eilperin and Higham would seek some commentary from the man that '80s-era environmentalists in the U.S. hated more than any other public figure. So here he is, describing the Reagan administration's attitude toward energy policy:

"The Reagan administration was for everything," Watt says. "We wanted nuclear, we wanted solar, we wanted conservation, we wanted wind, we wanted coal. We were just doing everything we could to re-arm America, dig us out of a huge financial mess. That required energy at every level."

Let's not beat around the bush -- Watt is lying. Outrageously.

From a recent Scientific American article:

And in 1986 the Reagan administration quietly dismantled the White House solar panel installation while resurfacing the roof. "Hey! That system is working. Why don't you keep it?" recalls mechanical engineer Fred Morse, now of Abengoa Solar, who helped install the original solar panels as director of the solar energy program during the Carter years and then watched as they were dismantled during his tenure in the same job under Reagan. "Hey! This whole [renewable] R&D program is working, why don't you keep it?"

Eilperin and Higham's story does a great job of detailing how the close relationship between the Minerals Management Service and the fossil fuel industry existed from Day One, and turned out to be an utter failure. But letting Watt get away with a whopper like that is an extraordinary goof. The Reagan administration did a huge disservice to the United States, and the world, by failing to aggressively follow up on Carter's renewable energy efforts. Until he was forced to resign in 1983 after his famous dig at affirmative action, when he referred to a coal-leasing board he supervised as having " a black, a woman, two Jews and a cripple. And we have talent," James G. Watt was the point man for rolling back Carter's initiatives -- it was plain as day as it was happening, and he shouldn't be allowed to pretend otherwise now.