Beware, all those who dare trifle with feline power. The trash can awaits you, too 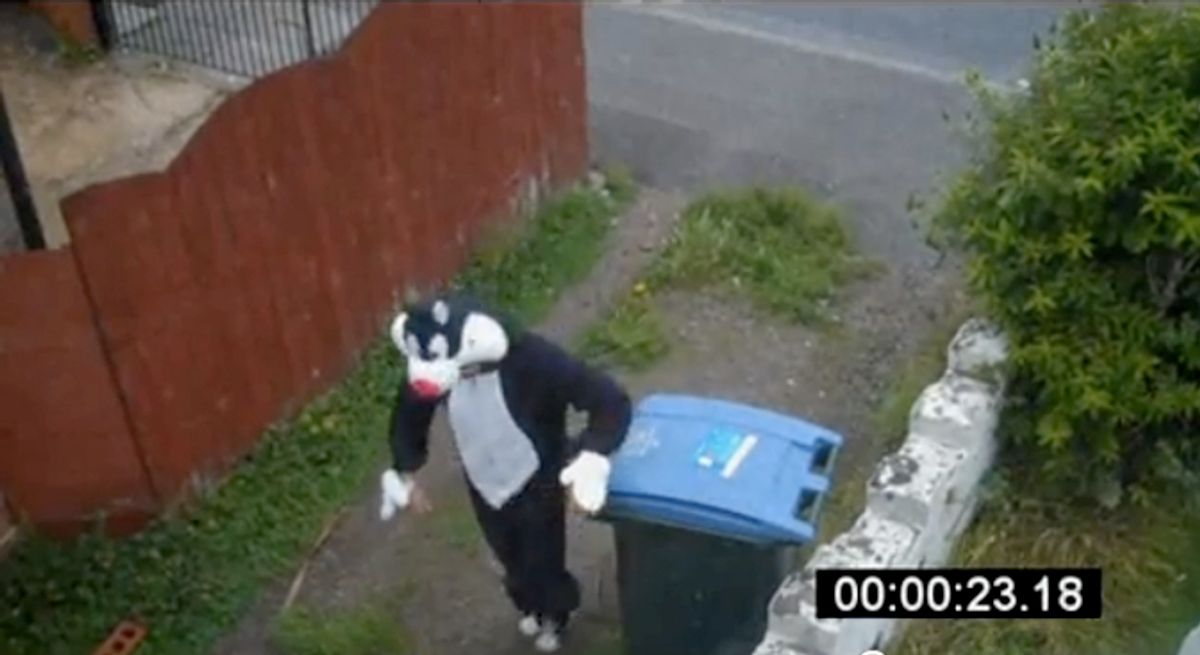 Last night, in the context of a discussion of unsuspecting cats getting thrown into trash cans by surprisingly malevolent middle-aged English women, it was pointed out to me that a key attribute of Jeremy Bentham's Panopticon was the idea that once prisoners became convinced that someone was always watching, they could be expected to behave properly, whether or not someone was actually watching. The possibility of supervision was all that was necessary.

Hence, now that we know that we are currently living in a world where our every transgression is just a click or two away from the condemnation of a billion Facebooking-YouTubers, we can all be expected to live lives of quiet propriety. Maybe no one is watching you right now, but they could be!

But after reviewing the following video, it has also occurred to me that, when thinking about possible disincentives that will discourage wretched behavior, the combination of social networking and video surveillance is mere child's play compared to the Internet hive-mind's capability for mockery and satire.

To wit: The Revenge of the Cat! (Note: This will make no sense if you have not watched the original video.)

How The World Works Viral Video