Is Glenn Beck profiting from his "Restoring Honor" rally?

Saturday's self-promotional, "non-political" rally will raise money for -- and be financed by -- a charity 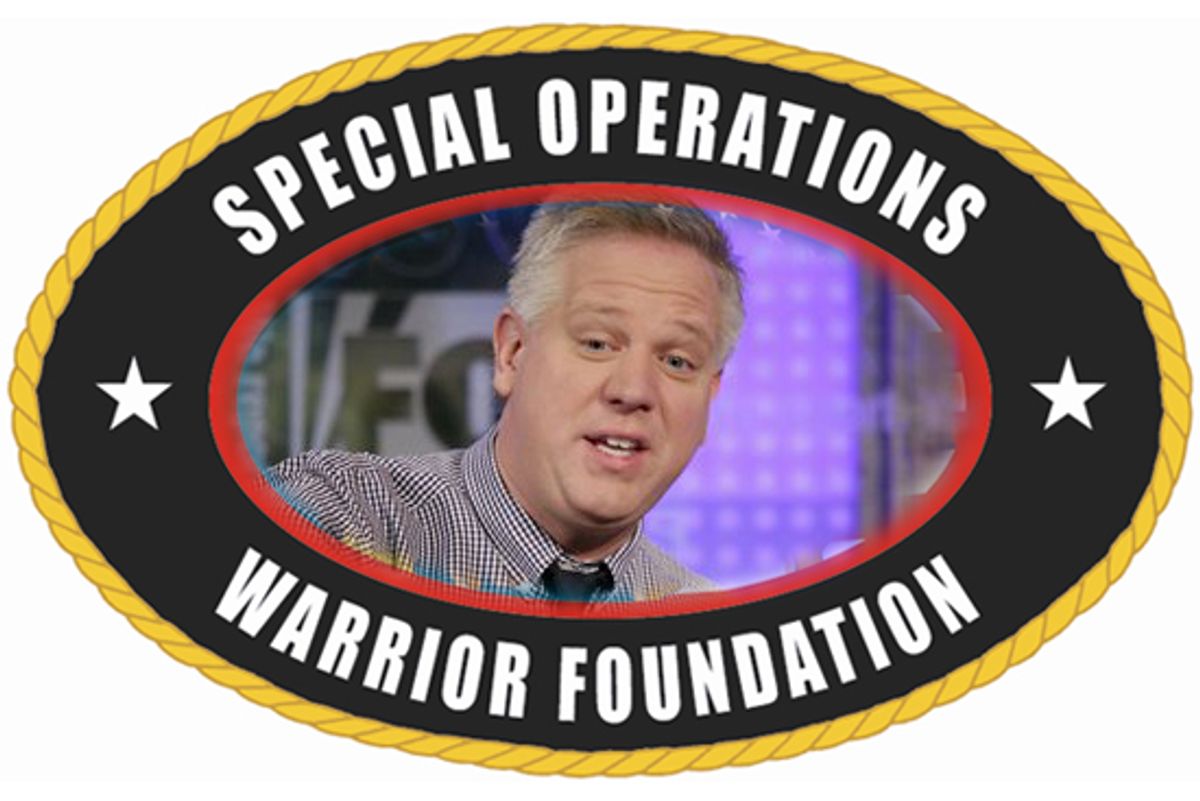 Despite Glenn Beck's insistence that his "Restoring Honor" rally at the Lincoln Memorial on Saturday is devoted to honoring troops, the event is, indisputably, all about Glenn Beck.

Dubbed "Beckapalooza" by Politico, it has already garnered Beck untold hours of free media coverage and, however high or low the turnout is, it is guaranteed to make Beck the center of attention for a few more media cycles next week. For a man selling books -- "Arguing With Idiots" comes out in paperback Sept. 14 -- free media is a valuable thing.

So it's worth noting that Saturday's rally -- and all the publicity that will come with it -- isn't going to cost Beck a cent. That's because it's being organized as a fundraiser for a charity, the Special Operations Warrior Foundation. And, as the fine print at the bottom of the Restoring Honor website notes, "All contributions made to the Special Operations Warrior Foundation (SOWF) will first be applied to the costs of the Restoring Honor Rally." One SOWF official estimated the rally will cost $1 million. The rest of the money will go to SOWF, which says it provides scholarships to children of special operations soldiers killed in action or in training.

So Beck and Sarah Palin, his fellow featured speaker, will get their free self-promotion rally, and SOWF will get the rest; they've reportedly already raised $5 million. (The event was originally billed as the unveiling of a new Beck book called "The Plan," which would outline steps to take over the next 100 years to "restore our great country." That was later scrapped for a vague focus on restoring honor.)

The one catch is that the sponsorship of SOWF -- a tax-exempt charity -- means that the event cannot be "political," as Beck's promotional literature emphasizes.

But this does not mean that Beck is barred from making political statements. To the IRS, nonpolitical actually means nonpartisan, said Brett Kappel, a campaign finance lawyer at Arent Fox in Washington. "If speakers endorsed specific candidates or political parties at the event, that could create an IRS problem for the charity," Kappel told Salon.

That may explain why Beck felt free on Thursday to say of the rally: "This is a moment, quite honestly, that I think we reclaim the civil rights movement." Tea Party groups have also reportedly provided financial assistance for the rally.

Time reported today that SOWF has required speakers, including Palin, to sign an agreement "not to talk politics." On Saturday, we'll see what that really means.