McEnroe: Ease up on female players 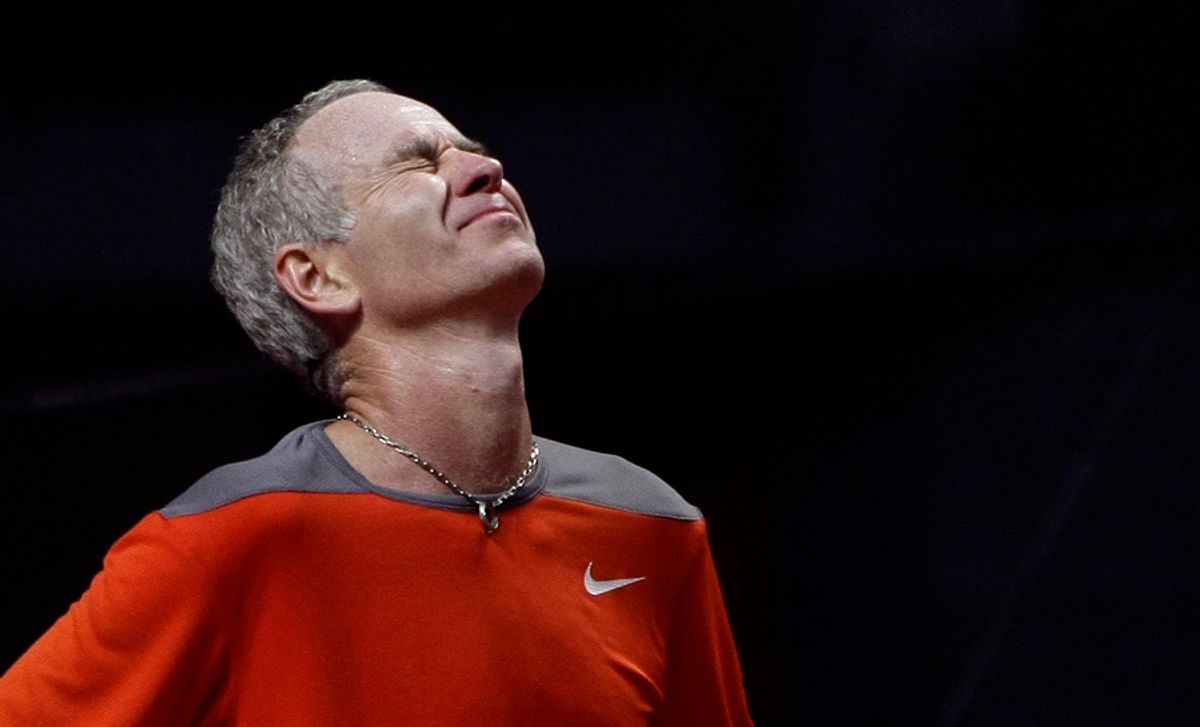 When John McEnroe opens his mouth, he has a knack for getting in trouble. That was true on the tennis court and it is apparently still true even now that he's offering commentary from the sidelines. During a CBS conference call, the U.S. Open champion suggested that female tennis players are "unable to deal with both the physical and mental demands of the game," the Los Angeles Times paraphrases. It's a bold contention considering the New York Times Magazine's current cover story is about ... the tremendous power and strength of female tennis players.

"I think that it's asking too much of the women," he said. "They shouldn't be playing as many events as the men. ... You shouldn't push them to play more than they're capable of." He added, "They should be required to be in less events, there should be less events for the women. It seems it takes an actual meltdown on the court or women quitting the game altogether before they realize there's a need to change the schedule." Presumably, he's referring to Vera Zvonareva's teary-eyed "meltdown" at Wimbledon in July and at last year's Open.

As McEnroe well knows, though, women aren't the only ones who have meltdowns on the court. And, while it may be true that a number of top female players have suffered injuries this year that have taken them out of the game for some time, Michael Joyce, Maria Sharapova's coach, points out in the Times that "reigning U.S. Open men's champion Juan Martin del Potro is sitting out the Open -- and has sat out most of the season -- because of a wrist injury and ... Rafael Nadal was absent from Wimbledon in 2009 because of his own injury issues." He also added this biting remark: "The game is a lot different than when John was playing with wooden rackets 20 years ago. It's not only the women."

I'll leave the core of this debate up to the experts -- or, really, to anyone who knows anything about tennis (because I sure don't). It's interesting, though, to think about the differences in how we evaluate players' emotional and physical capacity. It seems there is a tendency to either overreact to female displays of anger on the court, or to instead see these fits as emotional breakdowns rather than passionate, enraged outbursts à la, well, McEnroe.